A soccer referee mistakenly scored a goal, and a rare event occurred that was counted as a formal score 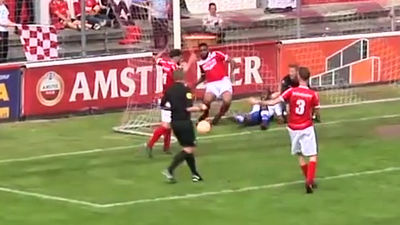 In the Dutch football fourth league,

Derde Divisi , the rarity that “the referee mistakenly scored a goal” occurred. The umpire recognizes this goal as a formal score.

A soccer referee accidentally scores a goal. And counts it.
https://mashable.com/article/referee-soccer-goal/

You can see the scene in question in the match highlight movie.


The problem arose from the scene around 4 minutes 4 seconds of the movie. HSV Houk of the white uniform approaches the goal of the Harukamase Boys in the red uniform, and the number 21 shoots. As the Harke Masse Boys GK touched the ball, the ball rolled in the direction of the goal without force. At the last moment of the goal line, GK plays the ball, and the ball staggers the goal post and rolls to the left of the goal. At this point, players on either team have not shown their goals and it is clear that play continues and the black dress referee will follow the ball. HSV Hooke's No. 10 kicks the spilled ball once again before the goal. It spills on the foot of the referee. The ball hitting the umpire's feet will again fly in the direction of the goal, but a Harkemase Boys player will desperately kick the ball. However, the umpire judged that the ball blew a whistle and the ball broke the goal line. HSV Houk scores are accepted. The players of the Harkemase Boys try to protest the referee not to be convinced by the decision, but the referee is quick to leave. 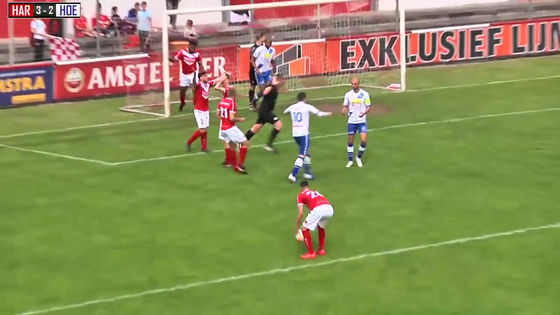 The number 20 is packed, but the judgment is not reversed. The match became a 3 to 2 match at the referee's goal (?). 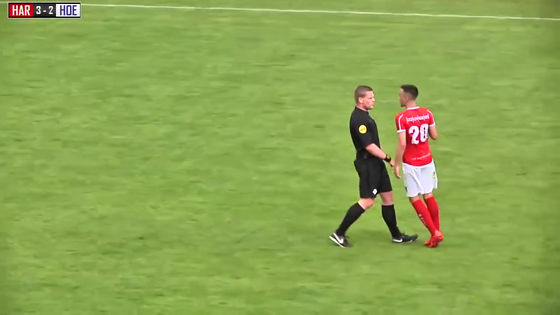 I will try to see a series of scenes in throw again. First is the first shot scene. GK plays the ball sideways before breaking the goal line ... 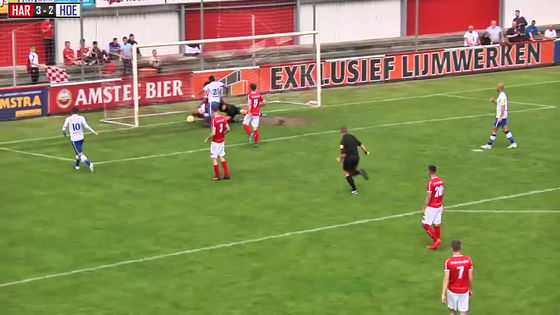 The ball hits the goal post with a tip. The player and the referee have decided that the ball has

not broken the goal line (the score has not been determined) because the player and the referee have just rolled to the side. The scene where the ball has spilled under the foot of the referee. There is no HSV Hookex player around, and if there is no referee, the ball passes to the Halkemasse Boys player. The umpire's foot kicks the ball, trying to avoid the ball ... 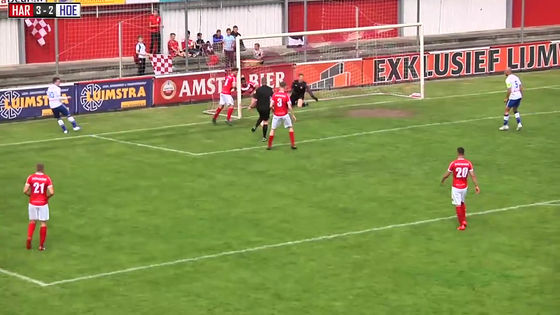 Referee this pose for protest of players. As for the reason why this is recognized as a goal, there is a soccer competition rule defined by the

International Football Council (IFAB) that 'plays with thinking (the referee) is a stone' and the ball is hit by the referee. In that case, it is required to continue playing regardless of the situation. In this case too, it seems that it is judged that the ball has hit the referee and it has become a goal. 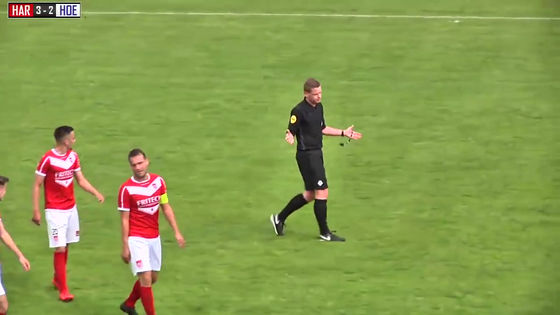 Unfortunately, Halkemase Boys, who had scored a goal for the referee, has tweeted 'This has not been experienced' while posting the scene in question on the official Twitter account.

However, IFAB plans to revise the rules of the game from the 2019/2020 season, and if the ball hits the referee during the game, it will lead to scoring opportunities, 'go into the goal', or 'the team holding the ball changes', There is a high possibility that the game will be stopped and resumed with a drop ball, so it is highly likely that the referee's scoring scene will not be born in the future.

·bonus
Speaking of soccer umpires getting a lot of attention, Judges said that Sugioka's goal scene was not recognized in the match between Urawa Reds and Shonan Bellmare in Meiji Yasuda Life J1 League Round 12 in Japan as well. A J-certified web program will be released for free on YouTube, in which Toru Uekawa of the JFA Referee Committee and Mr. Hiromi Hara, deputy director of the J League, will discuss why the referee has given such a judge Please check it out if you are worried about it.