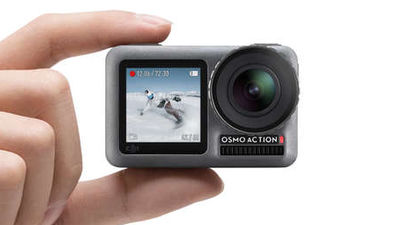 DJI Mavic Air ' to manufacture and sell the drone, such as DJI has announced a GoPro like a small action camera 'Osmo Action'. 'Dual screen' compatible with a display on the front and back of the terminal, ultra-powerful camera shake correction function, 4K HDR movie and 8x slow motion movie shooting are also possible, and it is also a complete action camera that also supports waterproof. It is said that 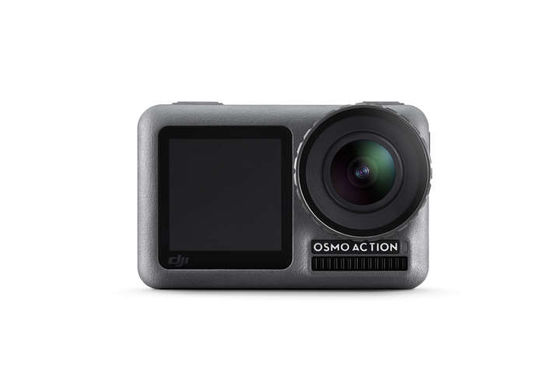 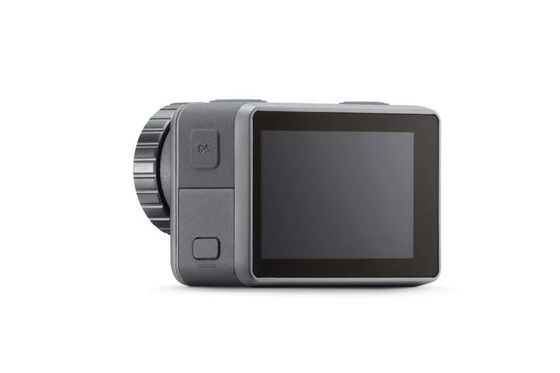 There is a power button and a recording button on the top surface. It seems that you can start shooting within 2 seconds by pressing the button even in sleep or power off. 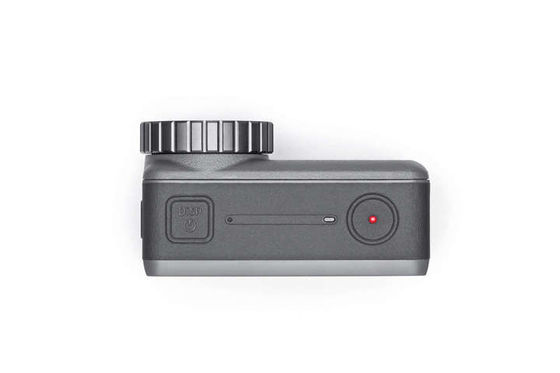 This size is about holding it in hand. 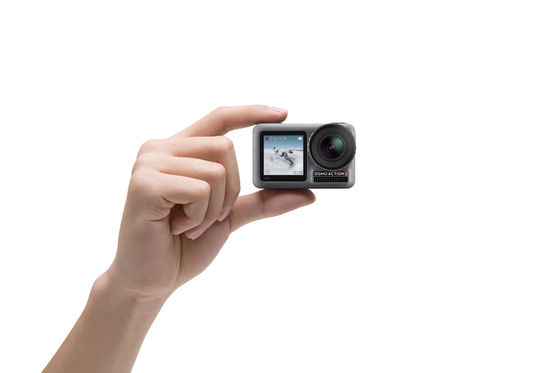 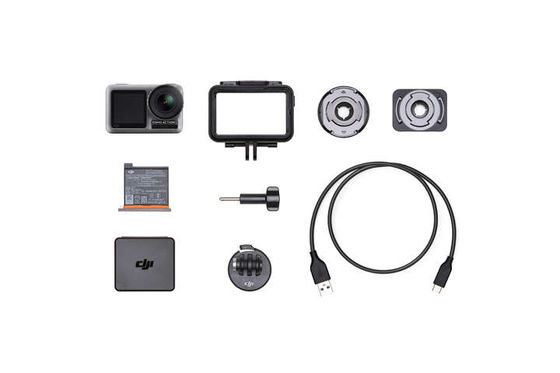 The characteristic of Osmo Action is the dual screen installed before and after the terminal. As shown below, you can shoot while checking the reflection on the screen, even if you are shooting yourself during the activity yourself. The mounted screen is touchable. The camera can capture high quality images up to 4K / 60 fps, and for slow motion movies, 1080p / 240 fps (8x) is the largest. Other features include HDR movie shooting up to 4K / 30 fps, custom exposure settings that allow long exposures up to 120 seconds, time-lapse shooting, timer shooting mode, etc., and various video shooting is possible.

In addition, it also has a voice operation function to operate the terminal with five types of voice commands, but this is only compatible with English and Chinese, so it can not be used in Japanese.

It has a waterproof function that can withstand up to 11 meters of water depth, and the lens that has a three-layer structure is coated with an anti-fingerprint coating that repels dirt such as water and oil, and is suitable for low temperatures of up to -10 degrees. It is an action camera that enables stable shooting even in harsh environments. In addition, it is equipped with an efficient cooling system, which allows the heat generated by the operation to be dissipated efficiently, enabling stable shooting for a long time. The battery capacity is 1300 mAh, and charging is expected to be completed in 90 minutes.

In addition, the super-strong image stabilization function that is applied to DJI's drone technology is adopted in Osmo Action as 'RockSteady'. RockSteady is a combination of automatic electronic image stabilization and DJI's proprietary algorithm that helps you capture stable, low-shake footage.

Click on the image below to play the movie, and you can see in a single shot how much the image differs from the RockSteady function on and off.

FDR-X3000R , Osmo Action, GoPro HERO7 Black You can see if you compare the anti-shake function.


You can check the official movie created from the image of the actual use scene of using Osmo Action for outdoor activities and activities from the following.


Overseas media The Verge reviewed the Osmo Action prior to its release, pointing out that 'you can take beautiful pictures in good lighting conditions, but the grain of the pictures is quite rough in the dark'. And the biggest drawback is that 'the image is trimmed more than GoPro in both photos and movies.' However, as a feature that GoPro doesn't have, it mentions dual screen, which is a big advantage when taking a picture. 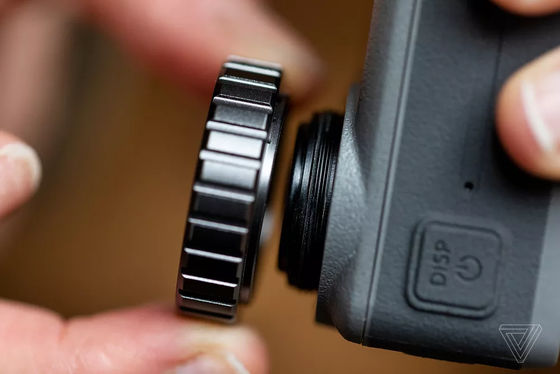 In addition, Osmo Action can be purchased from DJI official store for tax-included 44,820 yen. 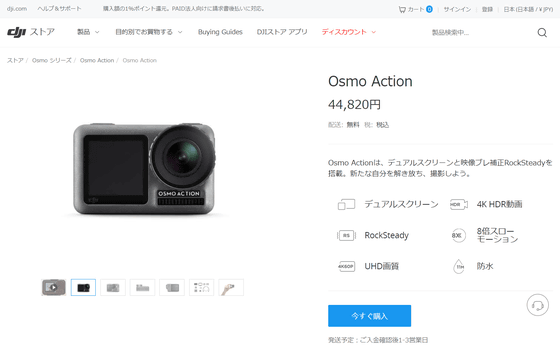