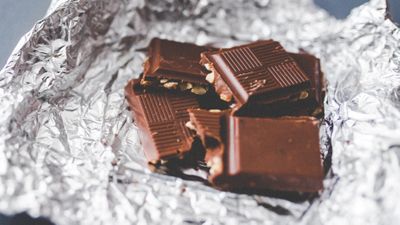 Chocolate made mainly of cocoa seeds has a history of being used as a medicine, but it is said to have many health benefits. A research team at L'Aquila University, a national university in Italy, says that eating chocolate regularly improves working memory and visual information processing ability and improves the cognitive function of older people with mild cognitive impairment.

Over the years, research has been published that various ingredients contained in cocoa beans have a positive impact on health. For example, cocoa polyphenols found in dark chocolate have been found to calm down and provide a sense of satisfaction, while cocoa flavanols have the ability to restore memory loss associated with aging.

However, although many research results have been submitted that chocolate has a positive effect on health, the research has a large number of randomized trials, and no unified opinion has been published. Therefore, as a result of analyzing the results of past experiments in which people fed cocoa flavanol to the research team, it was found sufficient evidence that cocoa flavanol intake improves the performance of working memory and visual information processing ability. In addition, it is also clear that the effects obtained by taking cocoa flavanols differ depending on conditions such as age and gender. Elderly people who continued to take cocoa flavanols for a long time had improved their attention, mental control, working memory and language fluency. And the effects of cocoa flavanols were most evident in people who began to show some cognitive decline and lack of memory. A research team at L'Aquila University has stated that 'Cococo flavanols have suggested that they will provide cognitive protection and improvement to those groups whose cognition has begun to weaken.'

In addition to the benefits of cocoa flavanol for healthy people, it has also been shown that cocoa flavanol offers significant benefits for 'sleepless women.' When she had an all-night woman who hardly slept the day before and had chocolate, she offset the decline in cognitive function caused by lack of sleep. This result suggests that chocolate can be a great help for people suffering from chronic sleep deprivation and those with irregular sleep rhythms. Although the research team is not convinced about how cocoa flavanols improve people's cognitive function, it may be related to the point that cocoa flavanols have beneficial effects on cardiac function and blood vessel function. You As the function of the heart and blood vessels improve and the blood flow in the body increases, the blood flow to the brain also increases. The mechanism is of great benefit, especially for elderly people whose cognitive function has declined due to diminished cardiac function with age and decreased blood flow to the brain.

Of course, considering that chocolate contains ingredients such as sugar, calories and caffeine, eating too much chocolate is not good. However, the research team concludes that continuing to eat chocolate is likely to help improve cognitive function.