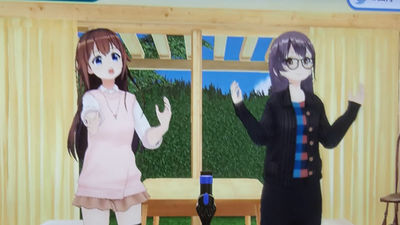 A situation comedy drama “ April 1st Day (Watanuki) 's House ” stage event in which virtual YouTuber (VTuber), which has been airing on TV Tokyo since April 2019, appears as the main cast was held at

Nico Nico Super Meeting 2019 . The cast which plays an active part as VTuber appeared in the drama costume different from usual, and the impression etc. of the rebirth after having broadcasted one episode were told.

First on the stage, Issho Sword (the leftmost image) will be on the stage as a general host of the VTuber Special Stage, then Sora , the second daughter, Futaba of the eldest daughter and Ichihana in 'April 1st House's' of the role Sarugakucho Futaba 's, the third daughter, Miki auditors sound tree Blue 's has emerged. First of all, when the three asked the audience whether they saw 'April 1st's house', it was impressive that most of the people packed in the hall raised their hands along with the psyllium. While being surprised at the reaction, it was said that there was a great response, such as the increase in the number of Twitter followers after the broadcast, and the discovery of a comment “I came from a drama” in my own distribution.

In addition, Sora-san thought that he felt that he had many reactions that focused on the details, such as background accessories and small gestures. After the reproduction of one scene of the first episode is played, to the question corner from the visitors. In response to the question, 'Don't you be particularly careful about shooting dramas that are different from regular delivery?' Sora-san usually behaves when playing one flower with a calm character, because she usually wears a hand Replied that he was careful.

Futaba-san seems to have a strong sense of how to set up, as it is difficult to create a unique conversation tempo in a comedy drama. In the same way as Sora-san, Ao-san also said that she did her best to avoid leaving the ground while playing cool characters apart from her usual spirit. 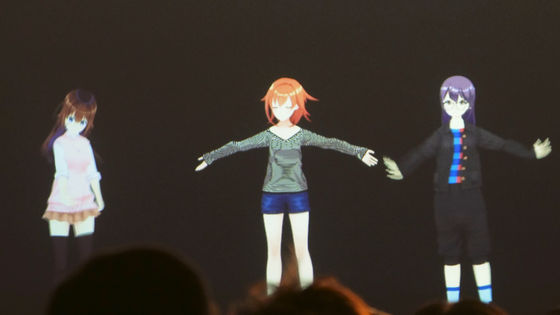 # A day of April's house ,
Thank you for the main stage.

Drama 'April one day at the house'
Thank you in advance ????

The event of the VTuber Special Stage was as short as about 20 minutes, but Sora and Ao re-appeared at the TV Tokyo booth, and live delivery was performed in the background of 'April 1st House' Yes. The distribution screen of the TV Tokyo booth was quite close to the spectator area, and the event progressed as the cast and the spectators directly interacted, showing great excitement. 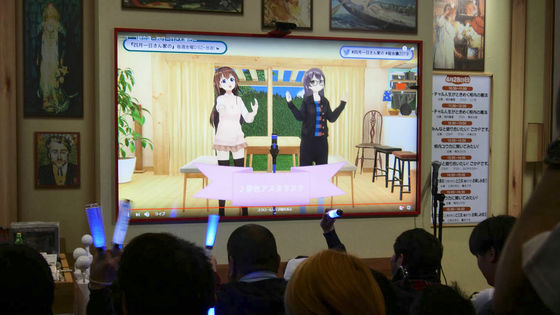 The TV drama 'April 1st Family's House' has been broadcast on TV Tokyo and others since April 19, 2019. You can also view it on the official TV portal '