Dengeki 3 daughters look back on the main story of the anime 'Don't put your hand in the video lab!' Mini anime release A mini animation has been released in which the three leading actors look back on the content of 'Don't mess with the image research!', Which started broadcasting from midnight (June 5th) on Sunday, January 5, 2020. It is not a digest of the main part, but it is a little luxurious specification that three deformed characters will talk about the contents recorded and recorded.

# Video Lab Mini Animation ✍
'Don't put your hands on the video lab! ❗ Dengeki 3 daughters look back at the main story for the promotion of

Asakusa woke up to anime ❗❓

Kanamori (Central / Voice: Mutsumi Tamura) who issued a gathering order. 'If you look back at the main story and talk about your impressions, it will be an advertisement for the anime,' he said. In the first episode, a figure was drawn with the purpose of creating the 'strongest world' in Asakusa (left / voice: Sari Ito) with Mizusaki (right / voice: Matsuoka Misato). As Asakusa says, Mizusaki has been told by his parents that the Ani Lab is not allowed. The three of us are looking forward to the second episode as to how to solve this problem. In addition, 'Don't mess with the video lab!' Is broadcast on NHK synthesis from 24:10 on Sunday (0:10 on Monday), and in the Kansai region from 24:45 on Sunday (0:45 on Monday). , Delivered exclusively at FOD from 26:00 on Sunday. If you missed the first episode, you can watch it on FOD, or the animation broadcasted on NHK will often have an opportunity to catch up with the number of episodes being broadcast as 'special rebroadcast' at an early timing. So don't miss it. According to a trial calculation by the original author, Daido, if you subscribe to FOD Premium using Amazon Pay, you can watch the whole story for 1776 yen because it is free for the first month .

'Don't put your hands on the video lab! If you missed the first episode, Video Lab is an FOD exclusive distribution at the moment, so assuming that you have a contract for a minimum of 1 cool 3 months, you can watch the whole episode for 1776 yen because the first month is free now. By the way, it is announced that if you cancel within the first month free period, there will be no charge.

GIGAZINE is interviewing Mari Motohashi, who worked on the storyboard and direction of the first episode.

Interview with Mari Motohashi, who was in charge of the storyboard and direction of the animation 'Keep Your Hands Off Eizouken!', And bring out the individuality of Asakusa by eating Zunda mochi-GIGAZINE Also, an interview with the original author Sumito Owara has been posted.

'Don't put your hands on the video lab!' Interview with the original author Sumito Owara, the anime said 'I didn't mind if the three protagonists were different.'-GIGAZINE 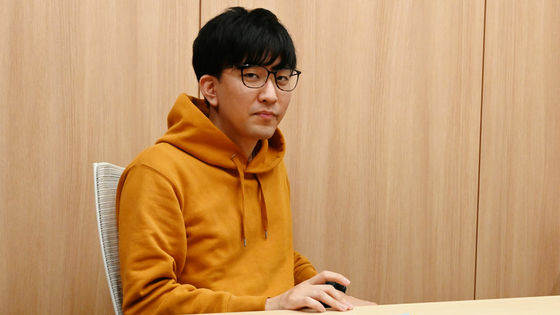 In addition, we interviewed Fugo Yamashiro, who worked on the storyboard and direction of the forthcoming episode 4, and Takuko Takahata, who is also in charge of the storyboard in the episode 1 prop design and the latter half of the episode. Please be assured that there is no topic that corresponds to the spoilers of the second and subsequent episodes.

Interviewing Fuga Yamashiro, who is in charge of storyboard and production, episode 4 of the movie that I saw, dividing it into frames and using it as my own production material. 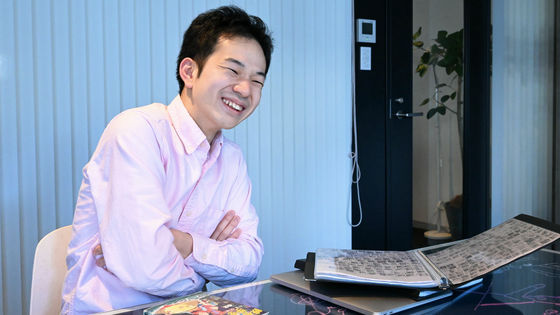 An interview with Takuko Takahata, a prop designer who designed small items to make them persuasive as an animation. In the report of the preview, in which three cast members and Masaaki Yuasa appeared, it can be seen that Satoru Ito, who plays Midori Asakusa, has something exactly like Asakusa. By all means, please enjoy 'Do not put your hands on the image research!'

A work packed with enthusiasm is born in a hot field, 'Don't put your hand in the video research!' Preview & Interview Report-GIGAZINE ・ Addition
It seems that mini animation will be distributed after the second episode.

In the second episode, the video lab that finally arrived Mr. Kanamori's skill was a shining time ✨ Mr. Asakusa was also good without being important ❗