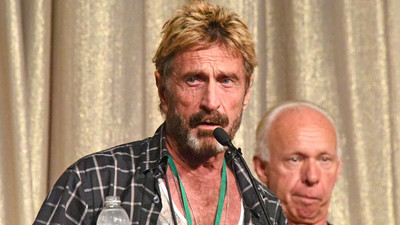 John McAfee, the founder of the security software McAfee, is known as an unconventional person who is talking about something assassinated or fleeing for murder . We are talking that McAfee will unveil the true identity of ' Satoshi Nakamoto ', which is known to have made the Bitcoin protocol and its reference implementation on Twitter.

It is finally known that the parent of Bitcoin's birth will be found, or evidence that the person who seems to be Satoshi Nakamoto's favorite is an Australian man-GIGAZINE 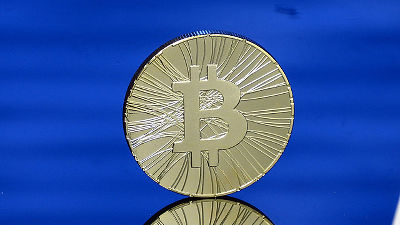 McAfee said on a tweet from the Bahamas who fled on April 18, 2019, 'Who is Satoshi Nakamoto? End the mystery! First, Satoshi Nakamoto is neither a CIA nor a government agency. Satoshi Nakamoto is a group, but the dissertation was written by a person who currently lives in the United States, and if he does not appear, he intends to release more and more specific information.

The IS is a collection of people, but the white paper was written by one man, who currentky resides in the US. The 'Who is Satoshi?' Mystery must end! If he does not come forward these narrowings will continue.

As soon as McAfee declared this, a large number of messages arrived at McAfee. Of course, all of them are fakes who say, 'I am Satoshi Nakamoto.' However, among the e-mails that have been sent are those sent from Satoshin who claims to be 'Satoshi Nakamoto's No. 1', and Mr. McAfee introduces the text of this e-mail as 'big clues.' From this, it has emerged that Satoshi Nakamoto could be a group of at least four people.

Below are an example email and my responses. So people, please-i do know who Satoshi is. Don't make yourself look foolish by pretending. I will do. as I did below. BTW-big clue below: pic.twitter.com/OGXBzrlD5a

While the world focused on McAfee's actions and behavior, McAfee did not release any new information thereafter. At the time of writing, Mr. McAfee escaped to the Bahamas due to tax delinquencies, etc., but the lawyer said in a trial relating to forced repatriation to the United States, 'It would be disadvantageous to reveal the true identity of Satoshi Nakamoto.' Because it was said, it announced that it abandoned the exhibition on Twitter. However, he also said, 'I am going to wait for the seat rider from Satoshi Nakamoto.'

I met with Mario Gray, my extradition lawyer, and it is now clear (read his letter below) that releasing the identity of Satoshi at this time which could affect the trial and risk my extradition. can not risk that. I'll wait. pic.twitter.com/l8lTjR6fQM