How was the stop motion animation film 'Missing Link', which depicts the interaction between humans and ancient creatures, taken? 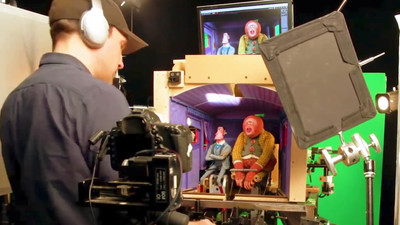 The movie 'Missing Link' produced by

Leica who has won high acclaim for stop motion animation works such as 'Kollarine and the Button Witch,' 'The Paramantan Bryce Hollow Mystery,' and 'The Secret of the Two Strings of KUBO Making video is released by YouTube channel INSIDER which introduces various behind the scenes.


The history of stop motion animation is old, and 'The Humpty Dumpty Circus', produced in 1898, is said to be the oldest. Although the still image remains in this work, the picture itself has been lost, so it is unclear what the content is. 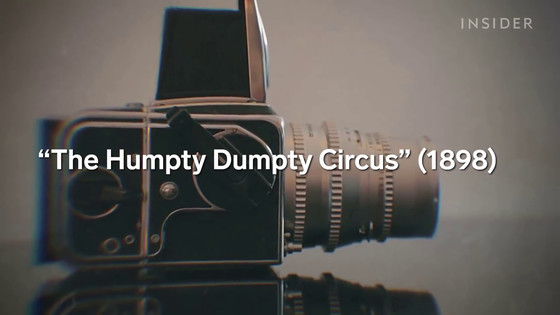 In the special effects movie 'King Kong' released in 1933, all appearing monsters were represented by stop motion animation. 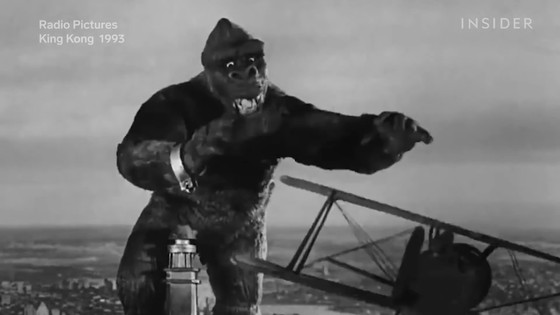 The movie 'KUBO / The Secret of Two Strings' produced and published by Leica in 2016 received an animation film award of the British Academy Award and was nominated for an Academy Feature Film Award and received high acclaim. The More than 110 kinds of sets In addition, 65 sets of stage equipment were produced. 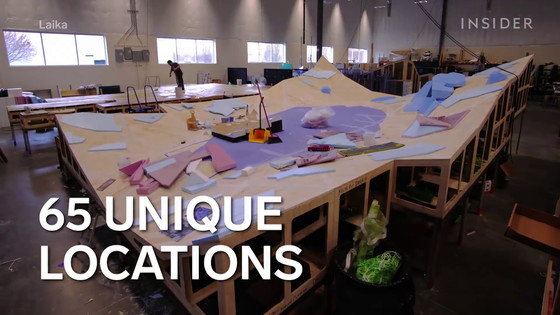 The voice of the protagonist Lionel Frost is ... 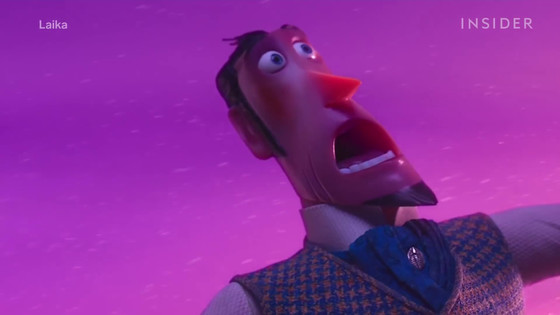 Hugh Jackman , known as Wolverine in the 'X-MEN' series, is in charge. And the voice of the link which is an ancient creature to adventure and deepen exchanges with Fort Frost ... Performed by comedian and actor The director is Chris Butler. Mr. Butler directed and scripted 'The Paramantan Bryce Hollow's Mystery', and 'Screened as' KUBO / The Secret of the Two Strings of Kubo '. The shooting site of such 'Missing Link' looks like this. I am moving a horse and a fort, but the body has a green stick. The actual screen looks like this. In reality there is a moment when the foot gets off the ground, but in stop motion you have to shoot one frame at a time and you have to somehow support the doll in order to shoot the moment the foot gets off. The stick that supported the horse and Frost puppet is removed from the screen in the manner of chroma key composition. Although stop motion and CG processing, which are extremely analog methods of photography, seem to contradict each other, CG and the latest technology are actively used at the production site of “Missing Link”, which is a state-of-the-art stop motion animation movie It has been. 'Missing Link' is stop motion animation, but not everything is made with stop motion, but it is also combined with CG images using green back. As you can see from the picture of Hugh Jackman holding a Frost doll, the size of the doll used for shooting is about 30 cm to 40 cm. This size is the easiest to move, it seems easy to shoot. The link doll is 16 inches (about 40 cm). It looks like it's easy to move at first glance, as it looks like an avocado with a slim and not so complicated structure. The hairline covering the whole body has to be adjusted according to the movement, which requires considerable effort. Very delicate painting is done even with one finger. Some of them are shot using huge dolls that are many meters long. 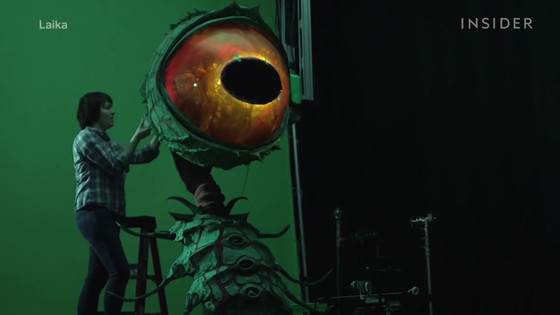 For example, a huge doll made of clay below ... It was a Nessie doll going wild in Loch Ness. 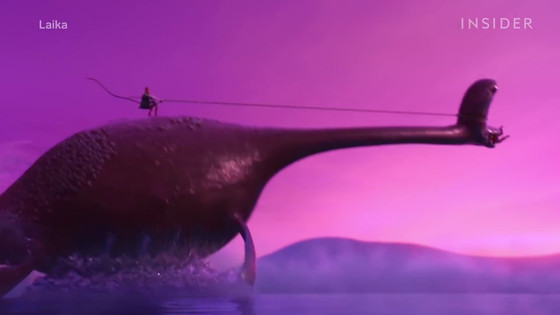 The scene of the Nessie, which splashes and explodes in this lake, is also created by creating a lake and a splash in CG and combining it with a stop motion movie using a doll. The “Missing Link” uses a large studio room to set up huge sets and stages. There are also steam locomotives in the set ... The set that shoots the scenery in the room looks like this. The room set is assembled on a special device, and the movement of the set reproduces the shaking of the train as the set moves slightly with each shot. 'To me, stop motion animation is to put real light on real things. Reality is something imperfect and something that is strange,' Butler concludes.