Developer reveals Easter Egg, a popular spiderman game on PS4 that no one has found yet 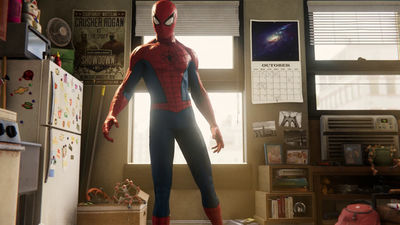 Becomes a spider man and runs around the city and shoots a villain In PS4's open world action ' Marvel's SPIDER-MAN ', although a man hid a proposal in the game, it is frail before it is released and the world's sadest Easter egg is born There is a strange episode that has ended. One of the developers who work at Insomniac Games , the developer of 'Marvel's SPIDER-MAN', has made it a big topic on SNS by revealing the existence of Easter Eggs that no one has yet found.

Feels Like The This Right Time To Mention An Easter Egg That Everyone'S Passed Over So Far:! These Guys Do Not Work On Saturdays Pic.Twitter.Com/kJydFBG4DG

'If you play Marvel's SPIDER-MAN on Saturday, these NPCs will not appear in-game. This is the Sabbath, and Easter eggs on Jews who do not work or go out on Saturday. It is said that the hidden Easter eggs are related to the Sabbath and Jews.

If you are concerned about other Easter eggs hidden in Marvel's SPIDER-MAN, you can check the number of hidden tips in the following movie.