'Google has blocked Firefox, our partner for many years,' a former Mozilla executive claims 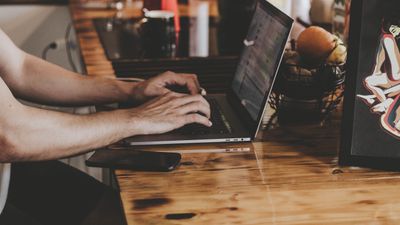 Google's web browser Chrome and Mozilla's Firefox are rivals competing for browser share. A former Mozilla executive, Johnathan Nightingale , has been calling the topic, 'Google has deliberately created a bug that only shows Firefox users, and has blocked Firefox from competing for a share.'

While Firefox and Chrome are competing competitors in the web browser market, Mozilla has signed a search partnership agreement with Google from 2004 to 2014, and the history that Google search has been used as Firefox's default search engine There is. Although Google, who was supposed to have a contracting relationship with Mozilla, Nightingale says, 'Google was blocking Firefox.'

Nightingale joined Mozilla in 2007 and was the general manager and vice president of the Firefox group. At that time, Chrome did not exist, and many of the people inside Google that I spoke to were Firefox fans.

When I was at Mozilla in 2007 there was no Google Chrome and most folks we spoke with inside were there Firefox fans. They were building an empire on the web, we were building the web itself.

Even after Google developed Chrome and competed in the web browser market, at the individual developer level, there was a sense that 'Google and Mozilla are on the same side, and the same goal is the same,' Nightingale said. Says. It seems that Google and Mozilla learned a lot of things by looking at the other browser in order to improve their own web browser.

However, the personalities of Google employees and Google itself were different, Nightingale says. 'Chrome ads now appear next to Firefox search results, causing problems and bugs in Gmail and Google document performance on Firefox. Google service demo The site now incorrectly reports that 'Firefox is not compatible,' Nightingale asserted.

If it is a competitor, such an act of kicking off the opponent may be justified, but at that time Mozilla was a companion who has a search partnership agreement with Google. So when Mozilla pointed out to Google, Google always said, 'Oops, there seems to be something wrong. We will fix it in the next two weeks.'

But we were still a search partner, so we'd say “hey what gives?”

And every time, they'd say, “oops. That was accidental. We'll fix it in the next push in 2 weeks.”

However, similar to this, the situation that drops the reputation of Firefox repeatedly occurs, and Google has been answered 'not intentional' each time. Nightingale believes 'it should not be misleadingly linked to what can be described by chance,' but Google is not so incompetent that the same mistake is repeated many times, and Google is a customer whose contract is intentionally being renewed. Claims to have been blocking Firefox. Even though Firefox improves browser performance, Nightingale believes that the Google related services that are used by many Internet users are having problems and users are leaving.

Nightingale isn't the first to point out that Google is blocking you to kick off competing web browsers. In December 2018, a developer accused, 'We have inserted an empty div hidden in the YouTube movie and disabled hardware acceleration for other browsers.'