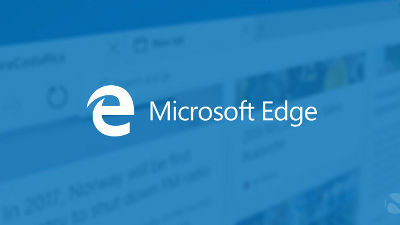 Microsoft officially announced that Microsoft will migrate from " EdgeHTML ", which is a proprietary browser engine in the web browser " Microsoft Edge ", to an open source " Chromium " compatible platform. The reason that the person who belonged to the development team of Edge pointed out that "Google intentionally tried to kick the Edge on the bulletin board" pointed out that reason is topic in Japan and abroad.

"I very recently worked on the Edge team, and one of the reasons we decided to end EdgeHTML was because Google kept making changes to the sites ..." https://t.co/BQKYNUlXAm


Accusation of giving out names. According to Joshua JB, I worked on the Edge team but one of the reasons I stopped Edge was that Google made changes to slow down other browsers to its site, so we could not follow it. As an example, Youtube adds a hidden empty div to disable Edge 's hardware acceleration. https://t.co/MsU83bDPxu


On December 6, 2018, Microsoft gave up EdgeHTML, a proprietary browser engine that has been adopted by Microsoft Edge, a web browser standard adopted in Windows 10, adopts the open source " Chromium " that Google can push forward We officially announced that to do. 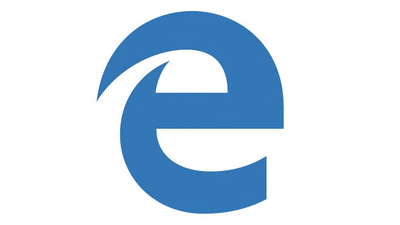 Meanwhile, "For example, Google could start integrating technologies that would allow exclusive or at least" special "access, suddenly Google apps perform better than anyone else, Can you imagine the situation that is actually occurring? ", Joshua JB says that Edge belonged to the Edge development team about why Edge was forced to change from EdgeHTML to Chromium It is.

"For example, they may start integrating technologies for which they have exclus ... ... Hacker News
https://news.ycombinator.com/item?id=18697824 Joshua JB saying that he belonged to the Edge development team of Microsoft, Edge has decided to finish the adoption of EdgeHTML is "Google continues to change its site so that other browsers are broken, at this pace Because I could not keep up with it. " In addition, as a concrete example, I mentioned YouTube under the same Alphabet as Google, "" A hidden sky div is inserted in a YouTube movie, and I disable hardware acceleration of other browsers " I pointed out.

Prior to that, Microsoft developed a state-of-the-art video acceleration for Edge, which makes it possible to reduce battery consumption when playing movies rather than Google's Chrome. However, as there was a problem that the Edge crashed when you played a movie on YouTube, Google said that Chrome advertised that battery consumption is low when watching a movie. JoshuaJB says, "Sadly, Google's claim (claims that Chrome is the browser with the least battery consumption due to viewing YouTube) was not realized by Chrome's creative optimization work, but simply on YouTube's It is that it is caused by a failure "and wrote that what Google is doing is criticizing as" only making the entire web slower ". JoshuaJB says, "I'm not sure if Edge was intentionally modifying YouTube to slow it, but many of my colleagues were convinced."

According to JoshuaJB, Microsoft said that he asked YouTube about "YouTube was adding a hidden empty div", but the empty div will never be deleted, and the details are explained in detail It seems that there was nothing to be done.