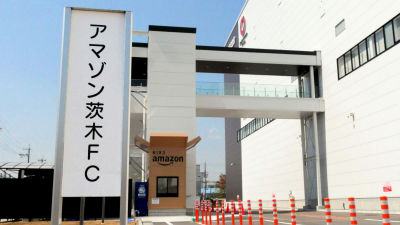 Amazon Ibaraki fulfillment center (FC) is at the logistics base of the Amazon, which opened in October 2018, the automatic traveling robot performs a shelf purse-shelf out of goods in the warehouse, '

Amazon Robotics a', of the Kanagawa Prefecture Kawasaki FC Followed by the second in Japan. The state-of-the-art robot detonates inventory control in the warehouse, and Tochigi FC, along with Kawasaki FC in Kanagawa Prefecture, is one of the centers of Amazon logistics in Japan. I had the opportunity to actually see the inside, so I have checked what the world's most advanced robot logistics system is.

So I arrived at the Amazon Tochigi Fulfillment Center in Ibaraki, Osaka Prefecture. The building is lined with the Yamato House Group logo along with the Amazon logo. It seems that Tochigi FC is a form in which the building of the Daiwa House Group is being rented and managed by Amazon. 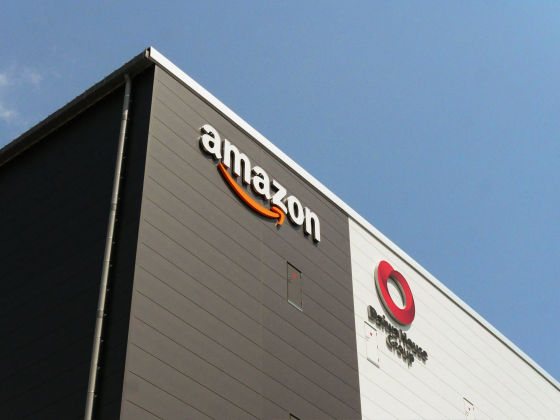 Looking at it from the outside, I found the entrance on the first floor. 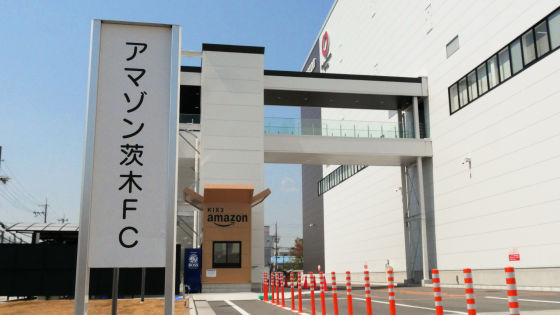 The guard room was designed like Amazon's packaging box. 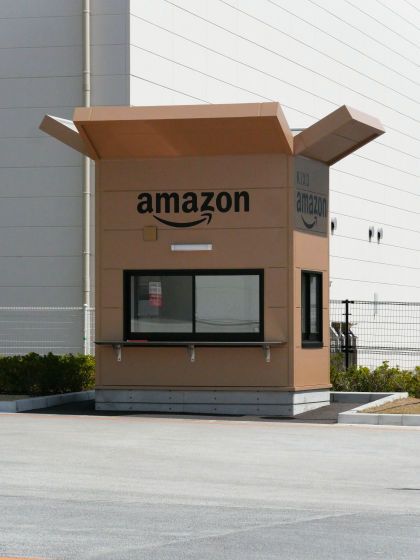 The reception is on the second floor, so take the escalator ... 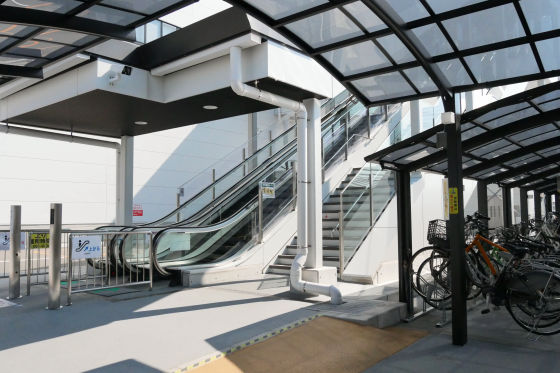 When going through the passage ... 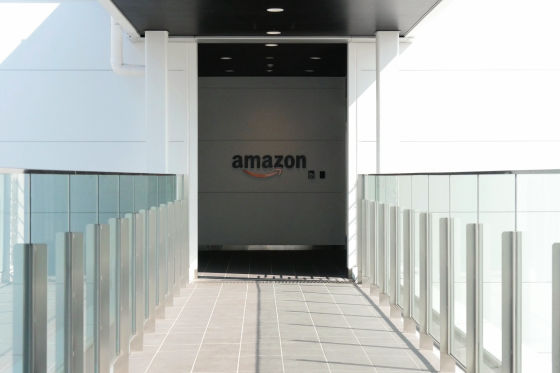 Arrived at the gate. At the entrance was something like a reader for employee ID cards. As I walked through the aisle and moved to the waiting room, I saw tables and chairs installed in various places. This is similar to the way

tech companies install chairs and desks in various places, 'to be able to conduct meetings anywhere .' 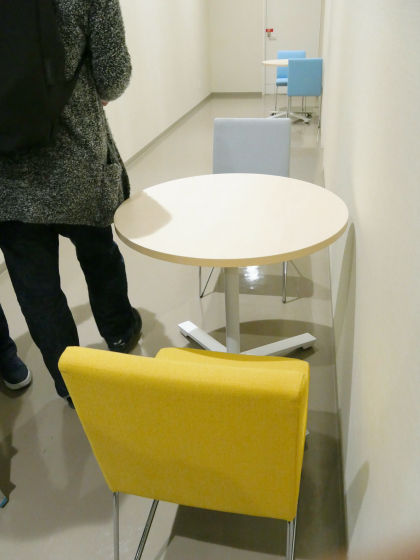 The name of the waiting room passed through is 'okonomiyaki' 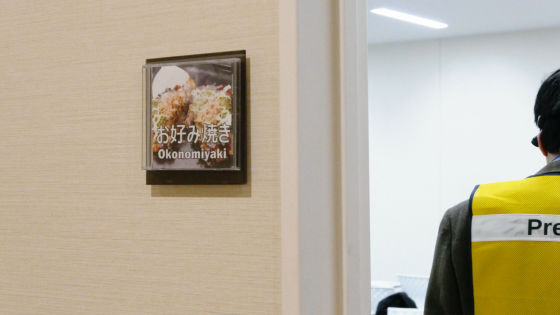 During the interview, you will wear the following yellow vest. On the back side there is the word 'Press' ... Amazon logo on the chest. Because there is an operating noise of the machine in the warehouse, it is said that the voice of guidance and explanation flows over the following earphones. 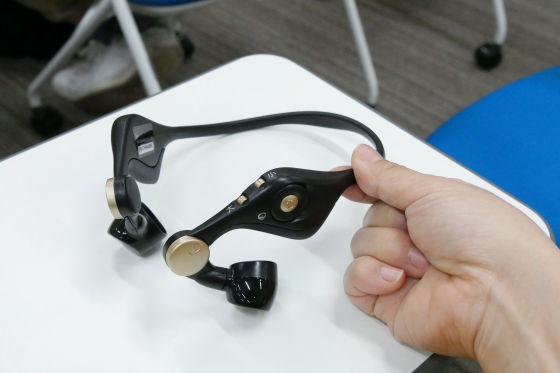 It is such a feeling when attached. 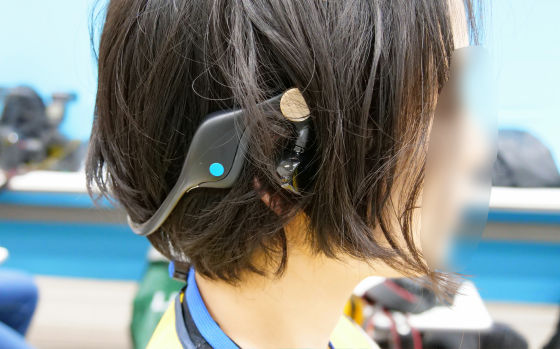 Among the materials I received are ... 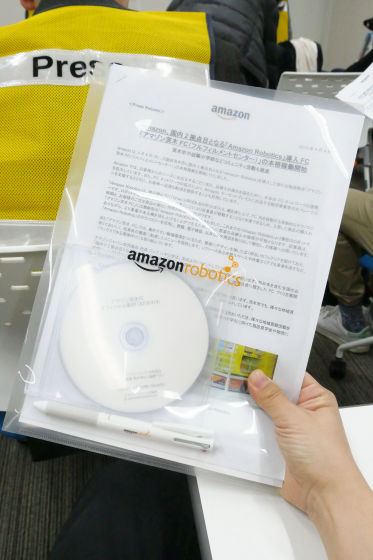 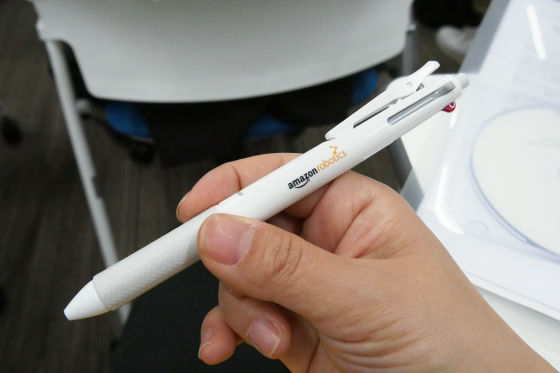 In fact, I went into the warehouse. Employees usually go through security gates like this, but there are also press tours, so this time it's through. The priority lane changes depending on what you have at that time. The first floor is the entrance, the second floor is the dining room and the rest room, and the third floor is the part of the warehouse where shelving and shelving actually take place. When I tried to get in the elevator to see the warehouse, the design was the same as the packing box. You can have a petit logistics experience of being carried in an Amazon box. In the elevator, a specific stretch method was attached saying, 'If the chime rings for 00 minutes, let's do a low back pain prevention stretch!'. It is not easy to see in elevators of ordinary companies, but it may be useful to have a poster reminding you of the need for stretching and how to do it while doing manual labor. Arrive on the third floor. When getting down from the elevator ... The atmosphere just like the office changed into a gully, and the warehouse space was expanding. The ceiling looks like this. You can see that the vents of the air conditioning have been extended to the height of the human being everywhere in all places, and the device that can keep the appropriate temperature is taken no matter where you are working. The warehouse arrived at Although there are multiple Amazon warehouses in Japan, Tochigi FC will be the second domestic base that introduced 'Amazon Robotic', where the robot 'Drive' moves under the product shelf, lifts the shelf, and moves around the warehouse. Warehouse. Instead of people moving between the shelves, we use innovative technology in which the shelves come to people. In addition, Tochigi FC contains many improvements of Kawasaki FC, and emphasizes the part of 'friendly environment'. The way of stretching is written in the elevator, and the movement line is written on the floor, probably because of this device. Furthermore, in the future, in connection with surrounding communities, local governments, schools, etc., it is also planned that community contribution activities such as facility tours and hands-on classes will be held. 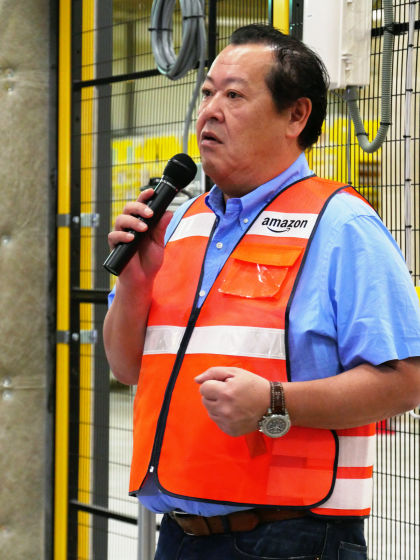 In addition, Amazon staff who will guide the facility this time stands next to President Hayashida. I was wearing an easy-to-understand T-shirt like this.