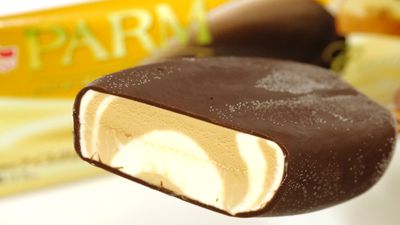 PARM (PARM) ' brand of Morinaga Milk Industry appeared on Monday, April 1, 2019. Banana puree and fruit juice are used for banana ice, and rock salt from Lorraine, France is used for the secret. When I ate it actually, it was a rich chocolate ice bar where you can enjoy the rich sweetness of banana and the bittersweetness of caramel in an exquisite balance.

The package of 'PARM caramel banannucola' looks like this. There is also something that looks like a golden, somewhat elegant design with a sense of luxury. 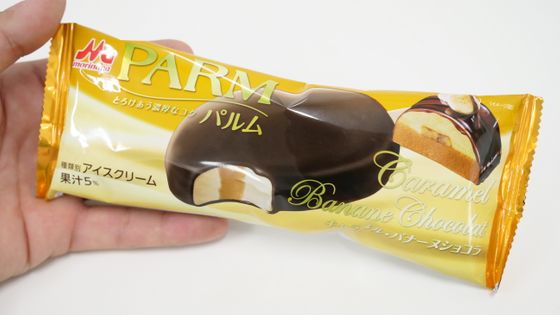 At the top right of the package, a banner nut chocolat with a slice of banana was drawn as an image. 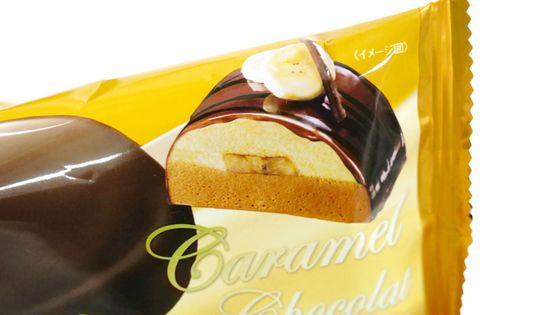 By type, ice cream was composed of 7.0% non-fat milk solids and 8.0% milk fat. The names of the ingredients are 'banana juice' and 'caramel sauce'. 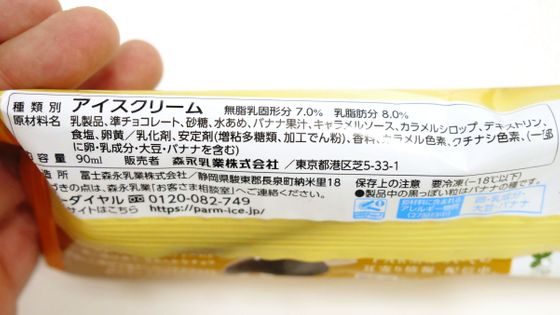 The amount of calories per 90 ml of 'PARM caramel banannucola' is 224 kcal. The regular product '

PARM chocolate ' is 237 kcal per 90 ml, so the calories are slightly lower. 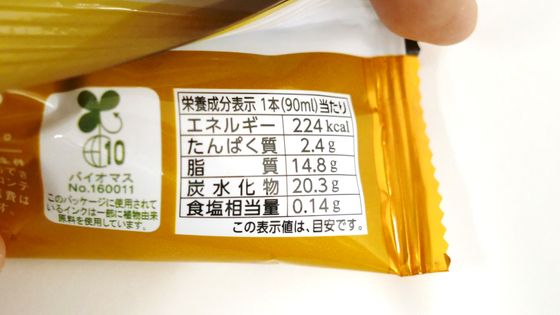 The ice body removed from the bag is coated with chocolate and looks the same as regular PARM. 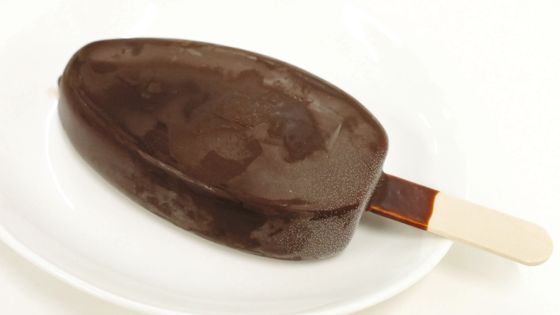 However, when I put in the kitchen knife, white banana ice and beige caramel ice were mixed while being wrapped in chocolate coating, and a marble pattern was drawn on the cross section. 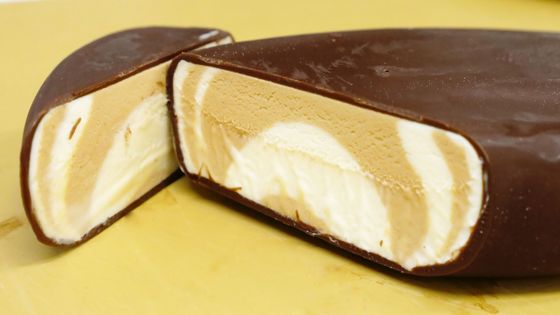 As soon as you eat it, the smell and sweetness of banana spread in your mouth. However, after that, the bittersweetness and sweetness peculiar to caramel like a little burnt was felt firmly. The rich banana flavor and caramel flavor are both well balanced and do not offset each other. 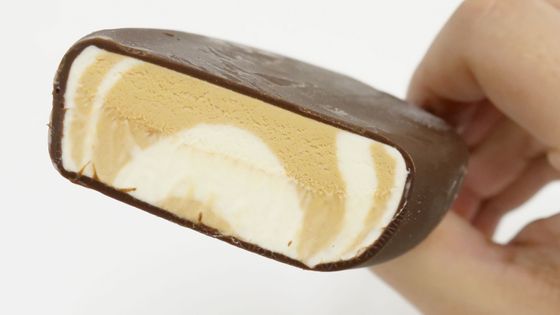 The secret taste is that it contains rock salt from France, Lorraine, so when you consciously taste it, you can surely feel a little saltiness in the sweetness of the chocolate. Because of that, even though there is a thick sweetness, there was no persistence after all, and I enjoyed the high quality banana chocolate ice cream to the end.

The suggested retail price of 'PARM Caramel Banneru Chocolat' is 151 yen including tax. For a limited time from April 1, 2019, it is available at supermarkets and convenience stores throughout the country.