Although popularity battle royal 'Apex Legends' leaked information about one year ago, no one was concerned 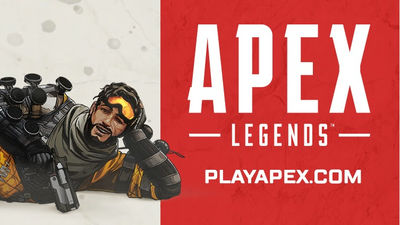 Apex Legends , a basic play free battle royal game, which became a hot topic by acquiring more than 10 million players in just 72 hours from delivery, some information leaked 11 months earlier than the release Has become clear.

11 months ago, this was leaked in r / titanfall. All he got was pessimistic comments.: Apexlegends
https://www.reddit.com/r/apexlegends/comments/avrk2w/11_months_ago_this_was_leaked_in_rtitanfall_all/

Someone leaked the Apex Legends map a year ago and nobody cared | PC Gamer
https://www.pcgamer.com/someone-leaked-the-apex-legends-map-a-year-ago-and-nobody-cared/

What is "Apex Legends" who gained more than 10 million players in just three days from delivery? - GIGAZINE 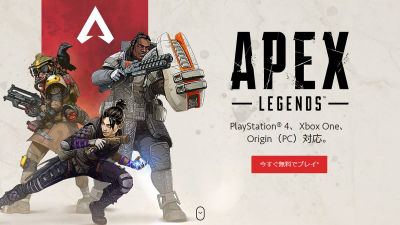 About 11 months ago, a user named hiticonic on Reddit on the bulletin board is called "Alleged Minimap for Rumored Titanfall Battle Royal Game" (mini map for Rattle Royal Game of Rawsa's Titan Fall) as a thread related to " Titan Fall " I created a thread and posted a game map. The leaked images are the following on that occasion. As a comment at the time of posting, "I really pray that this will not happen" or "Do not add battle royal elements in the next game", "I do not care too much about battle royal mode", "This is not true" Although it was only unpleasant comments, such as accurate leak information, it seemed that Reddit users were not almost opponent. However, one Reddit user remembered this leak information and got a great deal of attention as a result of threading that " Leak information 11 months ago was genuine ". The thread gathers opinions such as "Was this a deliberate leak information from the development team?" Or "If it was an intentional leak, it seems that the desired effect seemed not to be obtained".

· Bonus - On another bulletin board, as of March 2018, anonymous users as "leak information", Titan Fall's battle royal mode has appeared, that the title is "Apex" We are leaking. This user has been revealed that three teams of one team, a total of 60 players survive and fight, and that it becomes a revenue style of the billing form by the root box free of basic play. However, this person also noted "It will be released in July or August", suggesting that the release of Apex Legends has been delayed nearly six months.