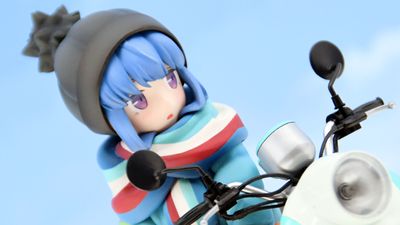 Yuru Can 」 ”, which depicts the daily activities of high school girls camping together, is broadcasted in the winter of 2018 and the production of the second phase is decided. I found a lot of works with such “Yuru Can モ チ ー フ” motif at the Wonder Festival 2019 [Winter] venue, so I summarized them.

At the ALTER booth, ' Shimarin with Scooter ' was displayed against the blue sky. The original form of Shima Rin is Tanaka ☆ Sen, the coloring is Watanabe Dai, the prototype of the scooter and the coloring is Miura Osami. 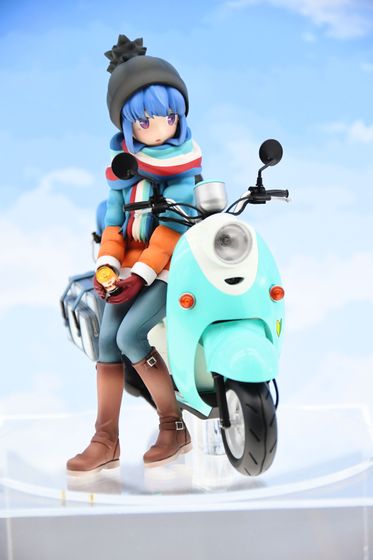 Shima Rin with scooter looks like this. Shima Rin is sitting on a scooter based on light blue. The scooter had the Wakaba mark. 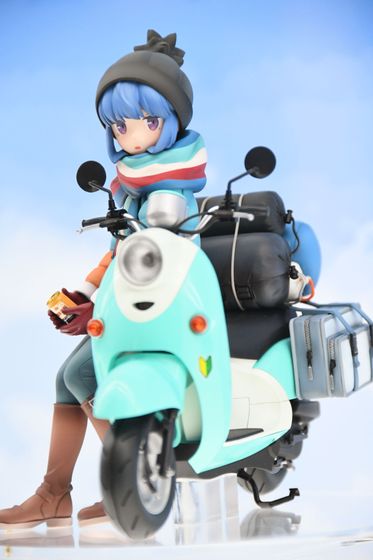 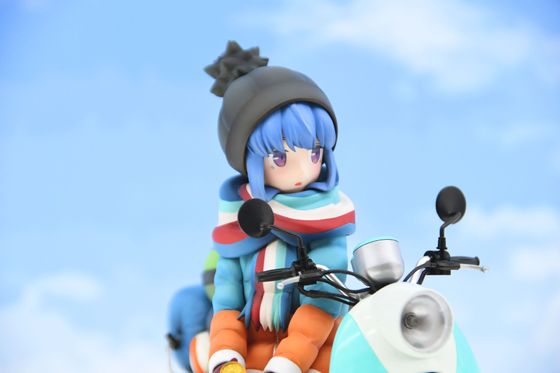 The scooter was full of camping luggage. Shima Rin with scooter was about to be released. 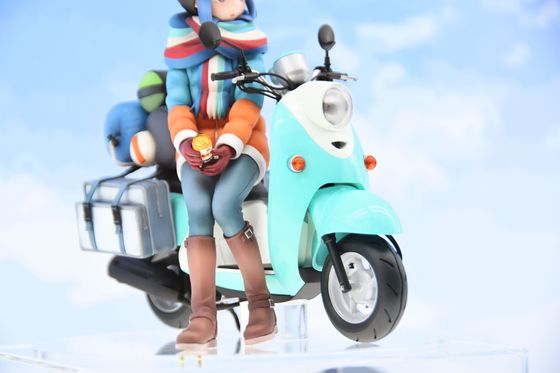 6-24-10 ' Pin Pot House ' booth was actually decorated with Shima Rin and Kagamihara Nashin in the camp against the backdrop of Mt. Fuji. Sitting on an outdoor chair, 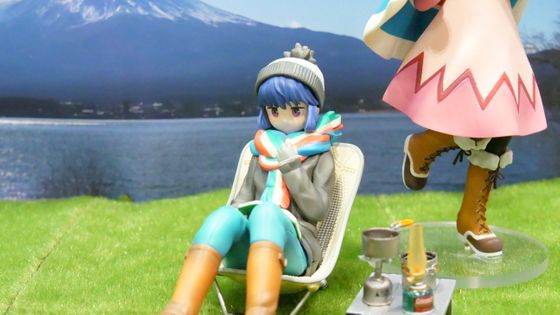 A table Kochel burner is attached to the figure of Shima Lin, and the price is about 7,000 yen. Each Kajiwara Nade that runs happily at a campsite comes with a pot lamp. The price here was 7,000 yen. 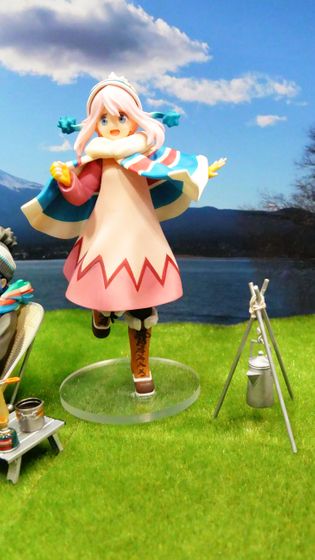 Happy Bell booth had a series of figures from the Secret Society Blanket that appeared suddenly during cold winter camps. The Chihuahua Chikuwa that Ena Saito keeps is also figured out as the President of Chikuwa. The price is 7,000 yen. 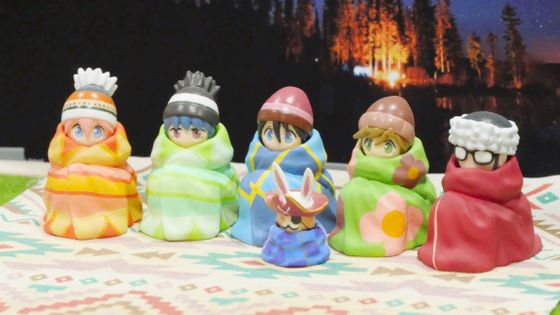 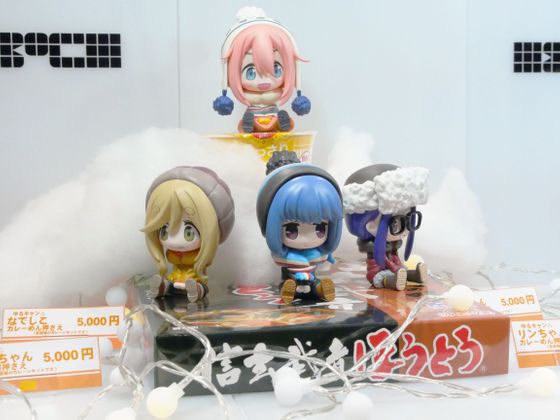 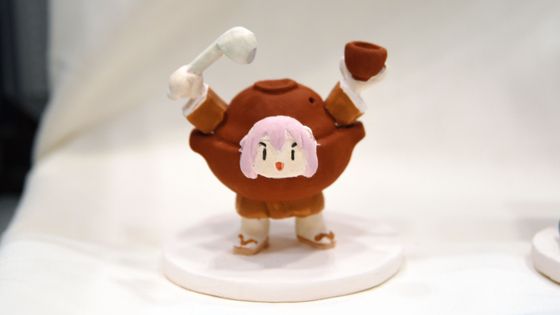 Shimari-Den-Gi, whose motif is Shimarin's hairstyle, was also on display. 'The hot pot of the hot pot, Naiko Shikochan' and 'Shimari-dongo' were only for display. 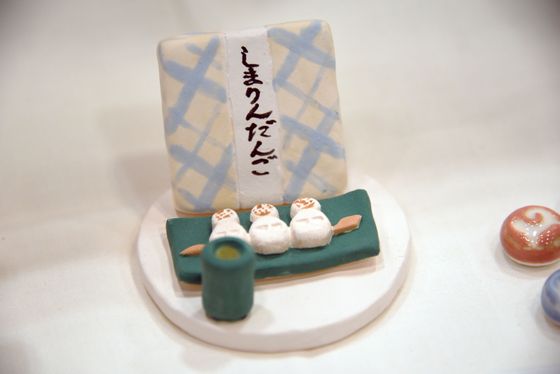 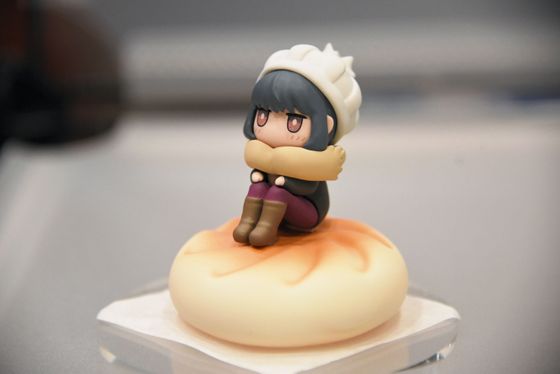 Maruchishinku ' booth, 'Deformed Mende Shiko' which deformed each Kajiwara Nadeshiko of the clothes when she first met Shima Rin in the first episode of animation ... 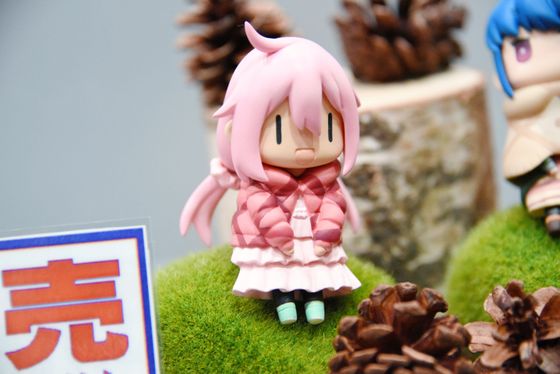 We found 'Deformed Meshimarin' that deformed Shimarin sitting on the bottom of a pot. The price was 4,000 yen each. 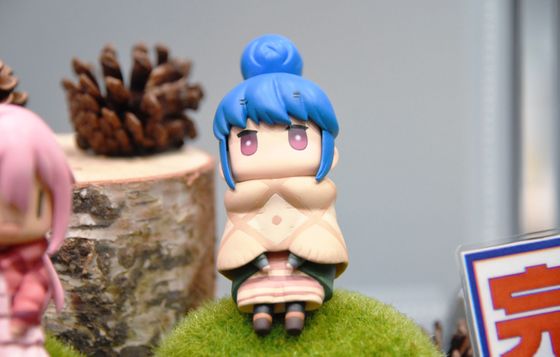