Conspicuous works of creature seen in One Fest 2019 [Winter], such as 'Cool Cool too' 'Koma' and a cute little explosive 'Tamba Nyanko Sukuri' 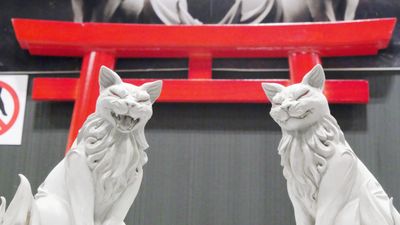 At the Wonder Festival 2019 [Winter] , not only figures of characters such as animation and special effects, but also works of creatures such as cute and cool cat full of goodness are displayed, so we tried collecting it. 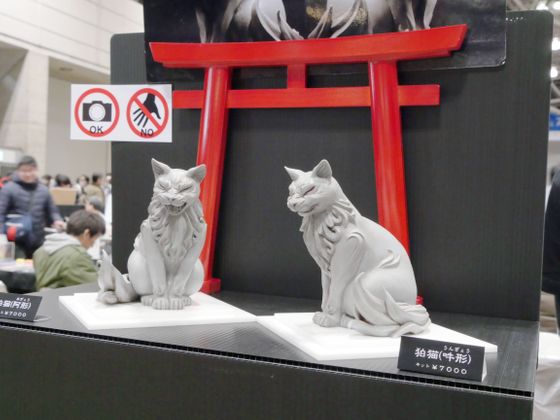 When you are stared at, it is a komaido which any demon seems to be exalted at once. 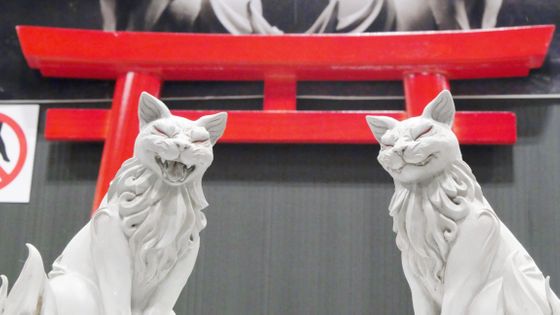 7-47-5 " Kitamura Kobo " The booths were lined with animals and sundries like this because of this feeling. In the motif delighted cat falls shot in the pot, and turn over the cat become sake only "pot Nyanko sake" is, palm healing, even just by looking at the expression of cat. The woman was saying "cute!" 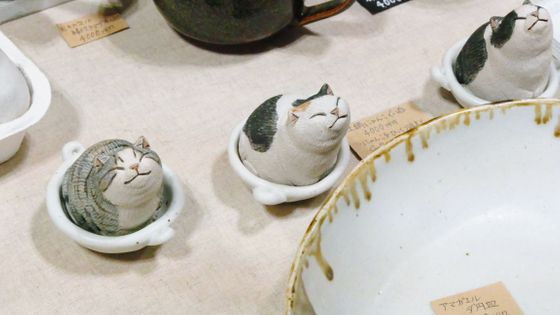 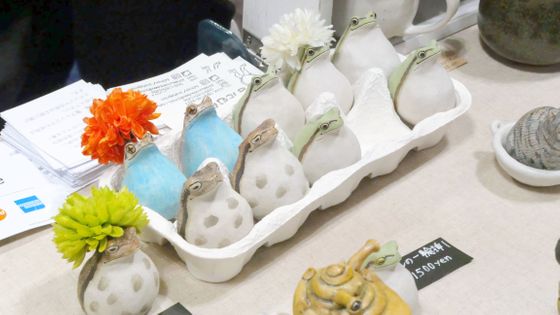 There are mugs and necklaces on the shelf. 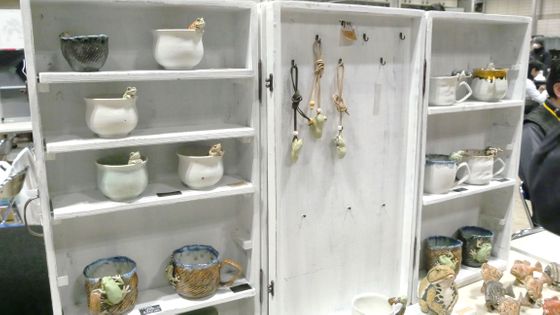 In the mug, there were cats and frogs in the edge part. 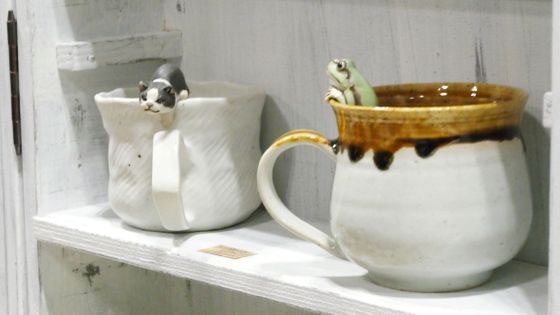 There were a lot of chopstick rests of fish such as squid and cassava · idola. 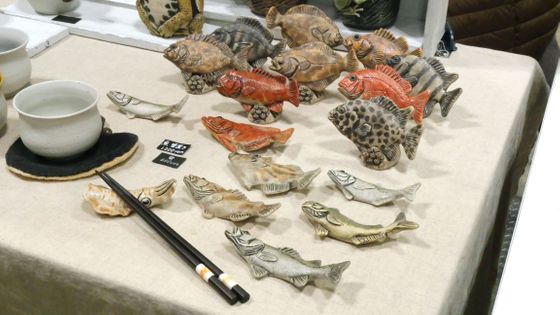 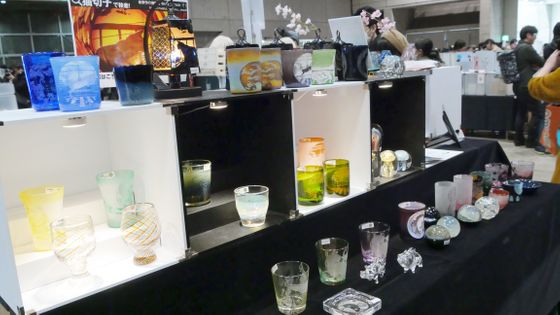 A vase of lying cat design is also on display. 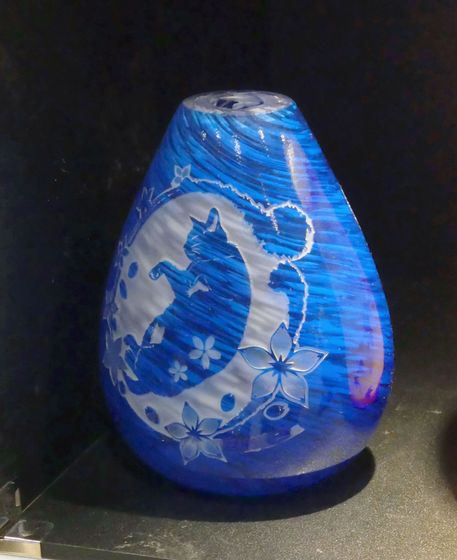 The "sunset cat lamp" emitted light of almost color from the inside, and it became a work of a fantastic atmosphere. 7 - 45 - 09 " World Gold Ring Gallado No. 8 Store " At the booth, there were a number of small diorama works named Vignette , which were placed in a space filled with miniature cats. In "Cherry Blossom Garden" two cats looking up at the cherry blossoms are represented. 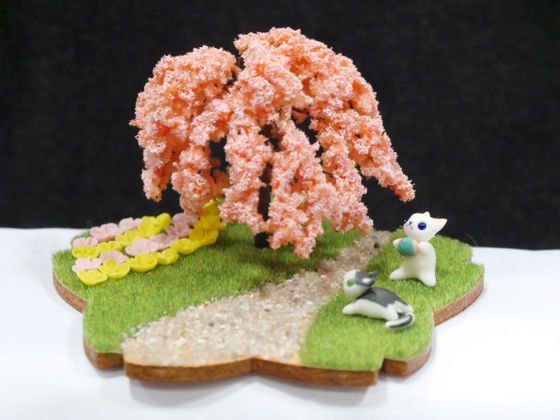 "Chibi Vignette" Celiz, which is a Japanese-style confectioner and the same size cat on the tray, is a work that I want to decorate at home unintentionally. 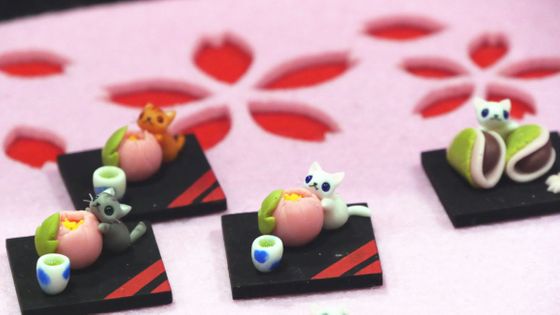 There were also many hamburgers and apples, black tea versions of toch vignettes. 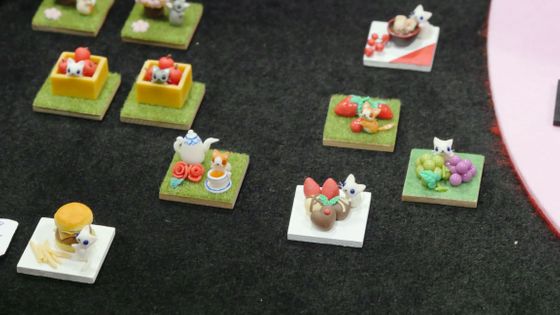 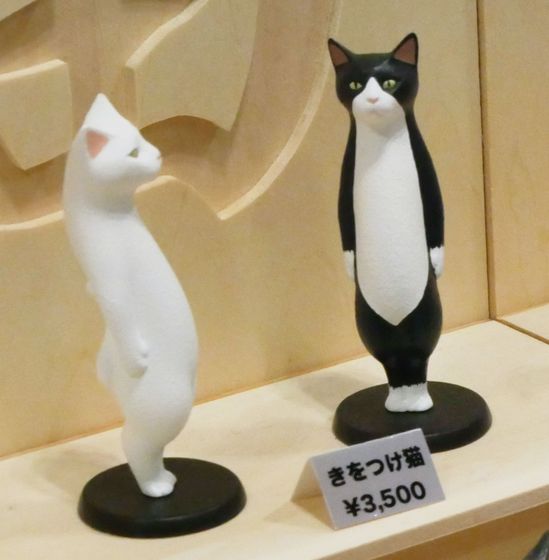 There are strangely human smelling cat figures of various poses such as "kitten and series". 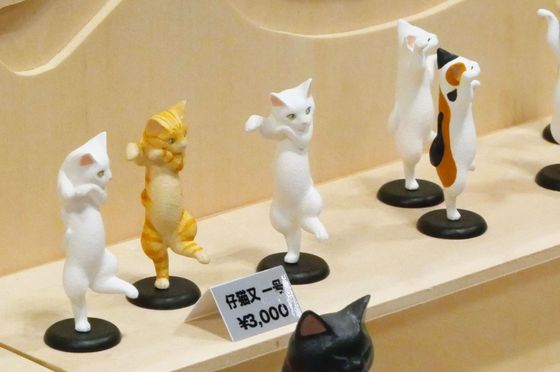 There were not only cats, but also animals such as pigs, hippopotamus, and weasel drifting in the sky. 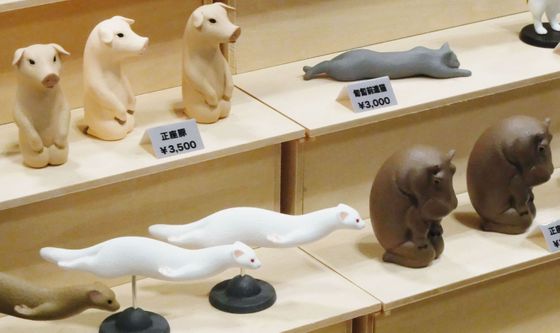 8-14-03 " Satan factory " displayed a figure like a moment when you landed on the ground "Wolf of the Blue Hair". This is not sold. 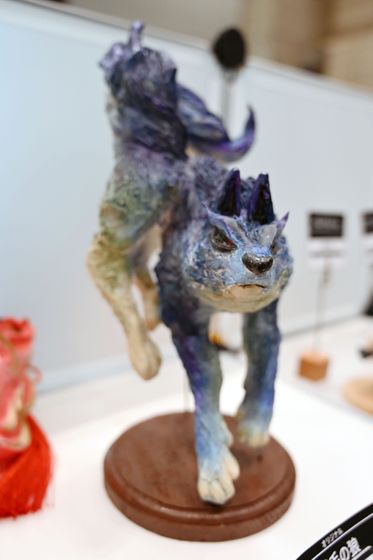