What is the giant debt problem of America's 'leveraged loan' that makes us feel the coming of Lehman shock? 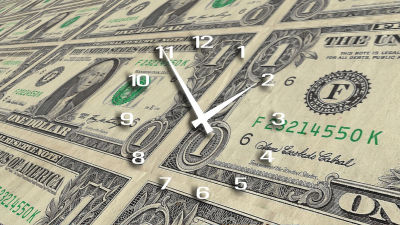 ◆ Subprime loan and Lehman shock <br> Prior to 2008 where Lehman shocks occurred, "subprime loan" was developed as a mortgage product in the United States. Subprime mortgages lent residential funds at relatively high interest rates for low-income people with poor creditworthiness, but the mortgage company sells subprime loan receivables to investment banks, and the investment bank has multiple sub-loans We developed a product using financial method called securitization that issued securities (RMBS) with collateral of prime loans and create new financial products (CDO) by using it as collateral, and this is a large amount of financial institutions and hedge funds I bought it. However, when the subprime loan as the source of the CDO becomes burnt and the " subprime problem " becomes obvious, financial institutions and hedge funds who purchased large quantities of CDOs suffered serious damage and massive subprime loans When Lehman Brothers purchased had bankruptcy, financial unrest spreaded and the global financial crisis (Lehman shock) occurred. Briefly, "A global financial crisis has occurred due to the burnt of high-interest loans to a low-credit debtor due to a large amount of loans being lent out." Although it is a subprime loan problem that caused Lehman shock, it is estimated that the total amount of its debt is more than 10 trillion dollars (about 1100 trillion yen). A tremendous scale of low creditworthiness loans became a problem, but in the United States a huge loan problem called " leveraged loan " is emerging newly. The total debt value of leveraged loans has reached 1.2 trillion dollars (about 130 trillion yen) at the time of article creation.

◆ What is leveraged loan?
Leveraged loans are financial instruments that are loaned to comparatively loose regulations to American companies with low credit ratings. As obligors are companies with low credit ratings, interest rates are naturally higher. As a leveraged loan company, Uber of dispatch service and Burger King of hamburger chain are known. Uber has raised up to 1.5 billion dollars (about 160 billion yen) by leveraged loan in 2017, and Burger King is still funded to acquire Canadian coffee chain Tim Horton's in 2014, leveraged We have raised $ 6.75 billion (about 740 billion yen) by loan.

Leveraged loans are similar to " junk bonds " that are classified as speculative ratings, but while junk bonds are securities traded under the supervision of the Securities and Exchange Commission (SEC), leverage loans are Basically it is a private commercial transaction, so it is characterized by not being regulated by SEC. For firms with a low credit rating, leveraged loans that are easy to borrow due to loose restrictions, although high interest rates, are a very attractive fundraising method and became popular since the 1980s.

For loose-regulated leveraged loans, those with a special contract (finance restriction clause) that is required to repay the debt when the financial situation falls below a certain level were the mainstream, but recently the finance restriction clause has been removed There are also more high-risk loans called covenant light loans, and there is concern about deterioration in quality.

· Expansion of leveraged loans <br> Banking regulators make smooth repayment in light of the magnitude of the potential influence that leveraged loans have on financial markets, although regulations are loose, but the amount of loan is huge We are closely watching the underwriting standards of banks and the total amount of unpaid loans in order to confirm whether they are being done. The Federal Reserve Board (Fed) is the Financial Stability Report (IMF) in November 2018. Although the default (default) ratio of leveraged loans is still low, the Federal Reserve Board's ("Federal Reserve" Has gotten worse in the past six months. " The reason why leveraged loans are traded in large quantities is not limited to companies that want to borrow money and financial institutions that want to lend money. Leveraged loans are grouped as securities as "secured loan obligations" and are sold as financial instruments. As securitized as with the subprime loan problem that caused Lehman shock, the liquidity of financial instruments increases and the structure that loaned loans are easier to loan becomes obscure. The Federal Fund Rate (FF Interest Rate) which is the market interest rate benchmark is 2.25 to 2.5% and the 10 year US Treasury yield is about 2.8%, while financial instruments securitized leveraged loans There is also a sort of interest rate exceeding 10%, and not only the hedge funds but even the huge investment banks have structures similar to those at the time of Lehman shock, which had purchased high-risk financial products.

◆ The future of leveraged loans Although it is a comparatively high interest leveraged loan, if the US economy is good and the performance of each company is good, even if the companies with low credit ratings are raising funds I have worked very effectively as a possible borrowing method. However, as performance gets worse due to high interest rates, payment becomes painful, and management is often stalled as soon as possible.

Although it is the American economy that still maintains good condition, problems such as trade war with China are piling up and the possibility of a sudden recession can not be abandoned. In addition, if the Fed declines interest rates due to recession, the pressure to raise the interest rate of leveraged loans will be relaxed, but before that, the fundamental question of whether companies borrowing leveraged loans in the recession phase can endure A serious problem comes up.

There is also a similarity in the structure that the loan of lending to a debtor with poor credibility with a high interest rate is widely sold as a high-risk financial product by securitization, and the leveraged loan problem is a reoccurrence of Lehman shock There is growing opinion that fears that it may become.