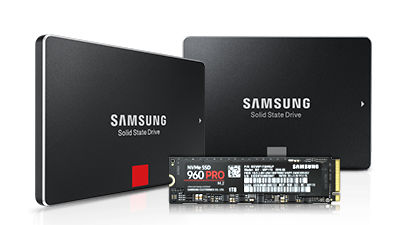 The price of SSD has passed since 2017, which has risen rather than stopped high, 2018 years, 2017 has become a year for users to say that the unit price of capacity declines. Competition has arisen among major makers with 3D NAND technology, and TLC NAND followed by QLC NAND products also appeared, and AnandTech has summarized the SSD trend of 2018 which showed substantial technological evolution very clearly.

◆ 3D NAND
In 2018, all major NAND Flash makers became the first years to go through mass production of over 64 layers of 3D NANDs throughout the year. Until 2017, 3D NAND, the largest NAND industry's Samsung's predominant place, competition became intense by major products by major manufacturers.

The Intel · Micron Union introduced the 3D NAND product the second fastest, following Samsung, but with early 32 layer products the yield was bad and could not be mass produced. However, the 2nd generation 64 layer product improved speed and power efficiency, and said that it is ready to challenge Samsung. Toshiba and the Western Digital · SanDisk Union could not offer products in the 1st generation 3D NAND, 2nd generation also shipped niche products, but BiCS 3D NAND of the 3rd generation 64 layer product is mass produced Succeeded in 2018, the peak is at its peak.

Although Hynix does not introduce 3D NAND to the market besides offering it to a part of its own products, it is trying to lead the market with multilayer technology, such as succeeding in the production of 72-layer products ahead of the industry.

◆ NVMe
A wave of competition has also come to NVMe of the high-speed interface. In 2018, a new SSD controller appeared one after another against Samsung, which had had overwhelming advantage over the past, and the spread of high-speed SSD greatly advanced. 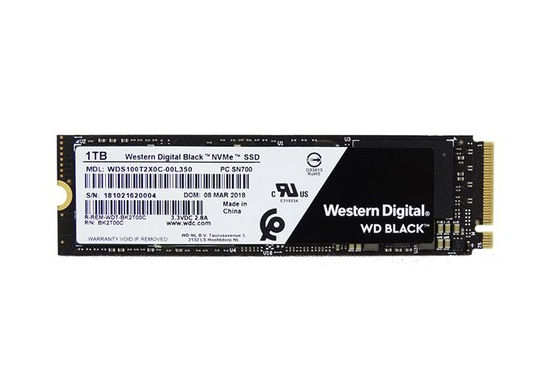 In addition, the new generation NVMe controller boosted the introduction of NVMe to a wide range including entry level. Nonetheless, even SSD of entry level NVMe connection is expensive compared to SATA connected SSD. The expensive high-end NVMe SSD is faster than the entry level NVMe SSD, so the price range of NVMe is getting narrower.

Although it is a high-speed NVMe, AnandTech points out that there is still room for performance improvement as it is still inferior to SATA with random IO performance and power efficiency.

◆ QLC NAND
Finally, in 2018, QLC NAND which stores 4 bits per NAND flash cell has appeared. With the advent of QLC, the 2-bit stored MLC is now handled in high-end products and SLC with 1 bit storage no longer sees products for consumers on the market.

QLC storing 4 bits in a cell is concerned that data writing performance and durability will be greatly reduced. However, QLC does not have bad durability as compared with SSD a few years ago, but it seems to be a practically problematic level as a general purpose storage even though it is one third of low price TLC. 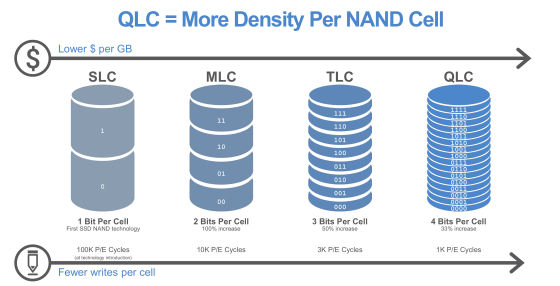 In addition to consumers, QLC is also introduced into the enterprise storage market, competition with the HDD of 7200 RPM is about to begin. With the hybrid model using SLC NAND of high performance and high tolerance for cash in addition to QLC NAND, products excellent in both high speed and durability will appear.

According to AnandTech, QLC is still in its early stages and states that it will be one of the big trends of the SSD industry in 2019.

◆ Form Factor Conflict for the Enterprise - In the SSD for enterprises such as data centers, format warfare is occurring. M.2 has the disadvantage that it does not support hot swap and is too small. Although 2.5 inch size U.2 drive is compatible with hot swapping, there are problems with heat generation due to two laminated PCBs, which is difficult in cooling surface.

So Intel announced its own standard "Ruler", competitors Samsung also announced the " NF 1 " standard, etc. There is a controversy over the de facto standard of the SSD form factor for the enterprise. 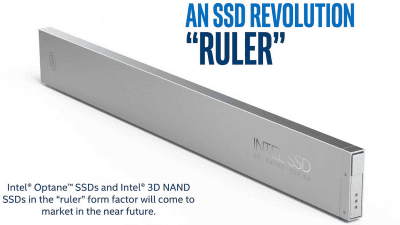 Although it is a high-performance SSD that never gets down for consumers, the amount used in data centers is huge. Including Intel, Samsung and other manufacturers, the standards battle to control the enterprise market seems to intensify in 2019 as well.

◆ Separation of Intel and Micron
Intel and Micron signed a partnership in 2008, just before SSD became popular. IM Flash Technologies established by this has played an important role in leading the SSD market in terms of technology.

This IM Flash Technologies eventually got into practical use of "3D Xpoint" technology, Intel succeeded in releasing the Optane memory series. 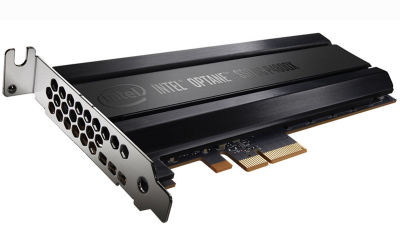 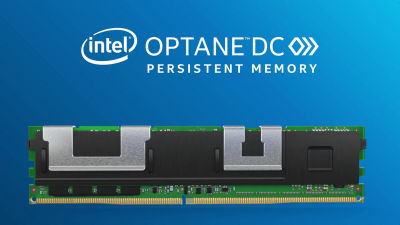 The Intel · Micron coalition was announced to finally relieve the relationship in 2018. In the future Intel and Micron will be going different ways. AnandTech points out that Intel specializes in storage for enterprises, in contrast Micron may develop a wide range of NAND business including for consumers. ◆ Rise of Chinese NAND makers <br> Tsinghua Unigroup in China is expected to enter the 3D NAND market through subsidiary YMTC. YMTC's NAND technology is lagging at the moment, but by mass production of 64 layers of 3D NAND in the second half of 2019, skipping 96 layer products and introducing 128 layer products in 2020, We are planning to catch up with manufacturers. By entering Chinese manufacturers in addition to Korean, Japanese and American manufacturers, NAND business seems to compete more intensely.

The price of SSD began to decline sharply in 2018 against the backdrop of intensified competition for 3D NAND manufacturing and improved yield. AnandTech anticipates that the downward trend in SSD prices will continue until the first half of 2019 even if the pace of improvement in production capacity of NAND manufacturers declines.