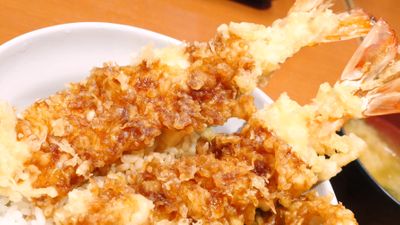 As a seasonal menu to anticipate the early spring from the bowls of bowls, " The Natural Chopsticks Bowl Donbur ", " Makoto and Shirako · White Fish Tennis Bowl " and " Black vinegar sauce flavored bird tain bowl " appeared. "The natural prawn shrimp bowl" is a dish that was sent out to the world as a self-confident work of the bowl of rice bowl, although it appeared for the first time, using "natural car shrimp" with a reputation as a taste as the "king of shrimp". We actually eaten all three types of bowl of rice, including "Rice cake and white birch / white fish's bowls" and "Black vinegar sauce flavor bird tainted bowl". 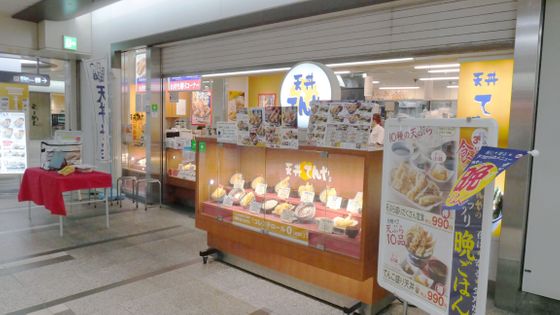 "The natural prawn roof rice bowl" (with miso soup included 1380 yen including tax) arrived. Two natural shrimp sized enough to spill out from the bowl have two dodongs. On the near side, there was a tempura of roses, oolara. Also, it is said that you can not take out the The Natural Truel Prairie Bowl. 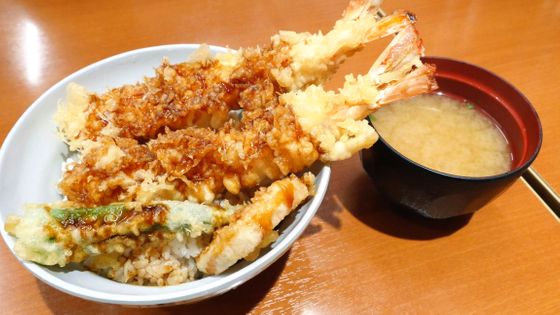 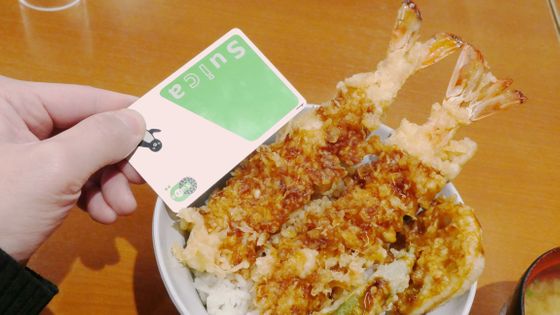 When lifting a natural car shrimp with chopsticks, there is a heavy feeling. 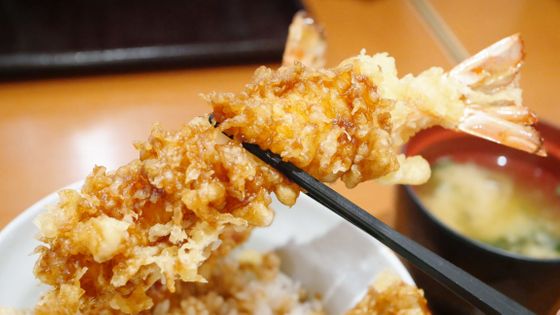 When I chew a natural prawn, I bought a resilient bite that made it a prepuri. It became tempura full of puffy and sweetness peculiarly shrimp. 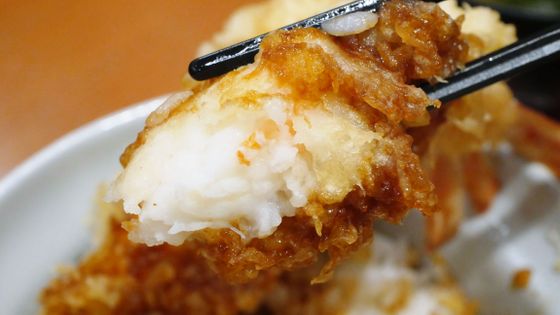 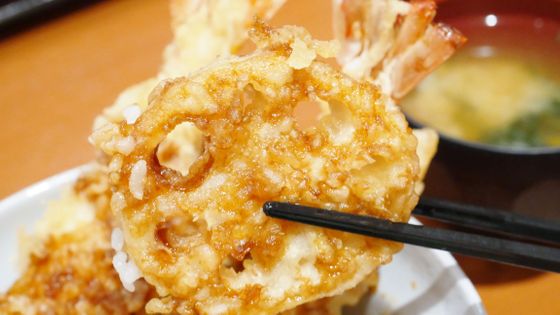 Okara was adding color to the bowl. 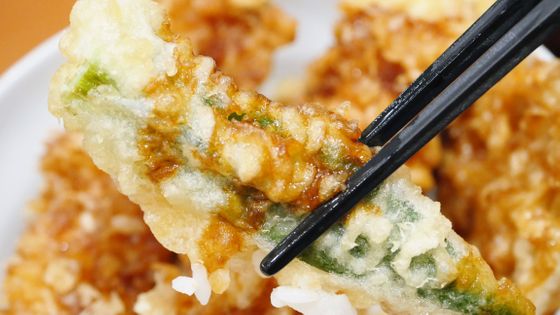 Natural car shrimp can be ordered separately, but it costs 650 yen per one. When thinking so, two natural prawns are entered and miso soup is also attached, and the · natural - prime shrimp bowl of 1380 yen may be profitable. 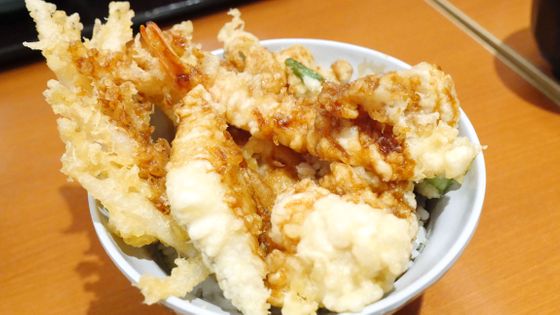 When I tried eating a bite of true cod, it did not smell at all, it was a taste like eating tortoise and creamy white fish. 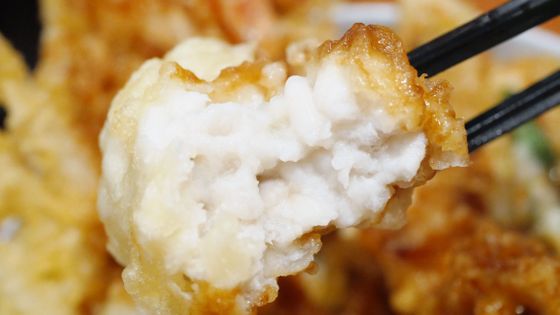 Tempura of white fish is a refreshing taste, it goes well with sauce. 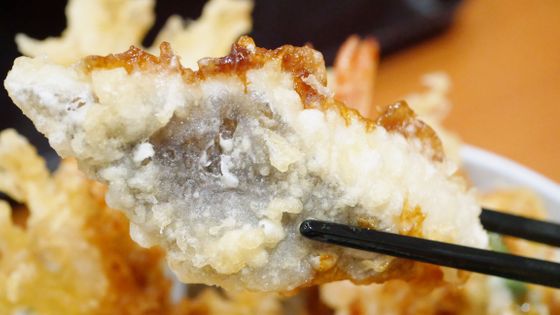 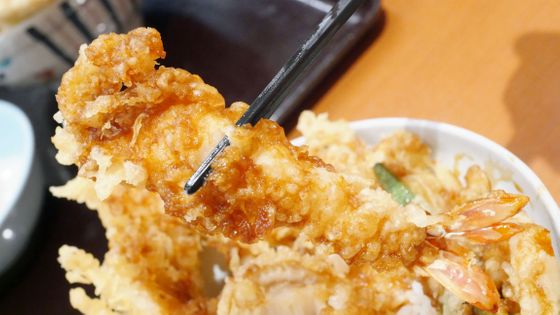 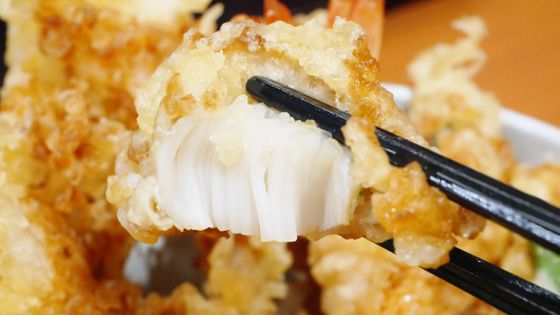 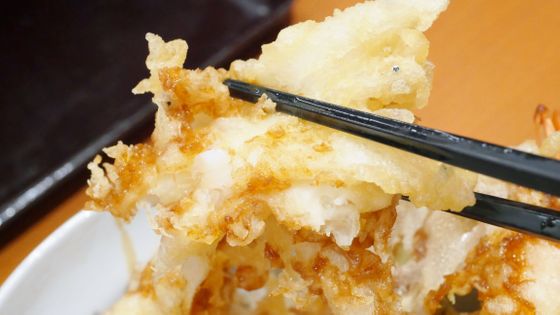 Finally, "Black vinegar sauce flavored bird tainted bowl" (with miso soup, tax included 690 yen) arrived. It is a dish that turned into the original black vinegar sauce that the source of "Pearl bird bowl - Yuzu miso sauce" reviewed in the past co-developed with Nippon Shoken. Since plus eggs can be set in plus 50 yen, I ordered it. 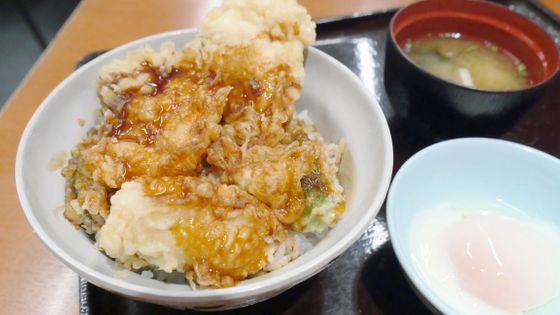 Two bigger chicken skies are entering, tempura of pumpkins, pumpkin, and evening oats are on. 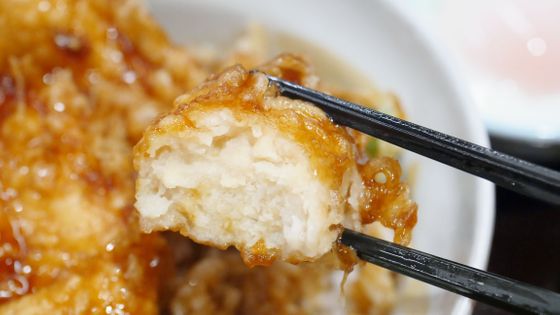 You can enjoy bowl full of chicken feeling when you taste it together with roasted eggs. 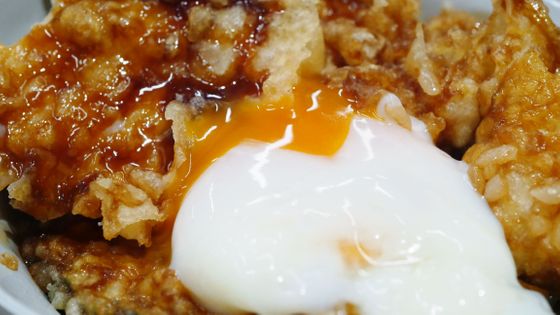 "The natural prawn shrimp rice bowl", "Makoto and Shirako, a bowl of white fish" "Black vinegar sauce flavored bird tainted bowl" is a bowl of rice bowls in the whole country except for the following stores from January 10, 2019 to March 20, 2019 It is provided for a limited time until the day.