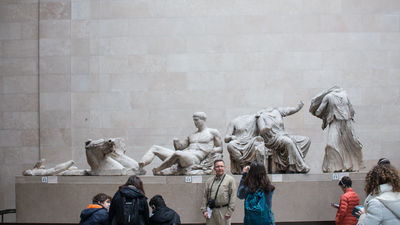 At the British Museum , London's famous sightseeing spot, I noticed that the "vase" that had been exhibited for many years was actually the head of Mace who was actually used in the ancient Mesopotamia's Sumerian dynasty period . 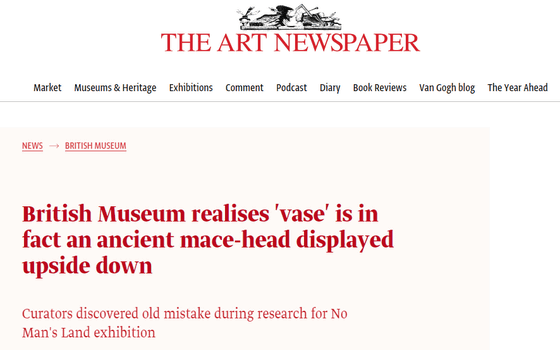 According to The Art Newspaper dealing with art-related news, the curator of the British Museum is the curtain of the oldest border conflict that was left in record by Lagash and Umm , prosperity as a city state during the early Sumerian dynasty in the third century BC He was aware that he made a mistake while investigating the exhibition " No man's land " related to the " Lagash - Umma War ".

As a result of investigating because there was a similar item at Yale University, what I thought was long "vase" was upside down and the head of Mace or heavy club made by baking clay for Umma's Gishaqid king It was confirmed that it was. After that, the exhibits are displayed in the correct orientation as "head of Mace". © J. Fernandes. Courtesy of the Trustees of the British Museum

Irving Finkel, curator of project planning, said, "I understood how stupid we were."

By the way, the promotional image of the exhibition "No man's land" is like this.