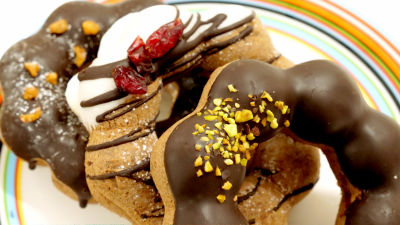 " Pon de Yoryoizuka " and " Crisp chocolat " jointly developed by Mr. Toshihiko Armuzuka , Japan's leading pastry chef, have appeared on Wednesday, January 9, 2019. Collaboration between the armor pizza chef and Mr. Donut is the second time in January 2018 , this time it is based on the Pon de Ring, the fabric hides the hazelnut flavor hidden, and the usual Mr. Donut As it seemed different, I bought it and ate it. 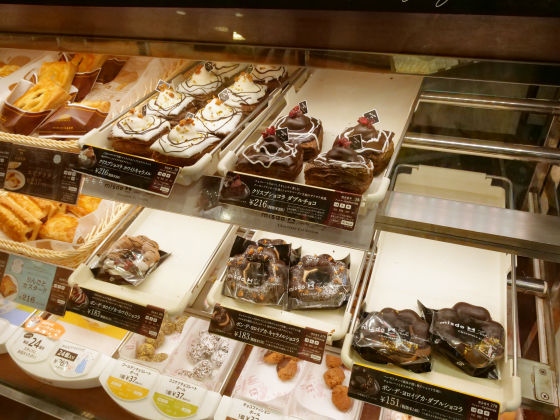 So I bought it. Pon de Ring series in front and 2 crisp chocolat in the back. First of all, I will try to eat from "Pon de Yoroizuka / Double Chocolat" (151 yen including tax). "Pon de Yoryoizuka Double Chocolat" is a chocolate coated with 4% chocolate made from Ecuadorian cacao beans, with hazelnut flavor hidden chocolate fabric. What is being topped is a pistachio that is also a synonym of Chefzuka Chef. When I tried it, the bitter taste and sweetness of the dark chocolate is adult flavor complemented by pistachio, surely it is a bit different finish with usual Mr. Donuts. I just can not feel the hazelnut flavor from the dough, it is said that it seems to be deeper than usual Pon de Ring fabric if so told. Although simple, I could taste the flavor and aroma of dark chocolate most ate ate this time. 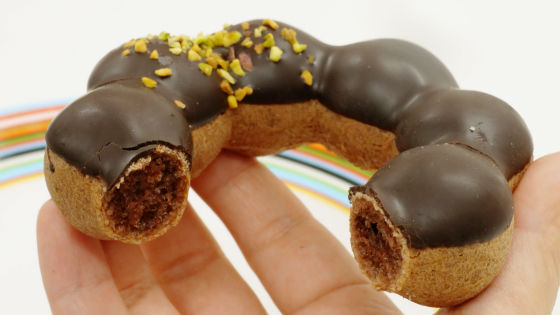 This is a cranberry topping on white chocolate. Between the fabric and the fabric is ganache chocolate whipped using 3% cacao from Ecuador. Pon de Ring fabric is modestly sweet, so you can feel chocolate feeling of chirpy ganache chocolate whip firmly ... ... but white chocolate is sweet like milk candy, so white chocolate is hanging The part almost tastes its taste. It was a finish as if two tastes were present separately in one donut. Next is "Pon de Yoryoizuka · Caramel chocolat" (183 yen including tax) This is a caramel whip is sandwiched between fabrics. 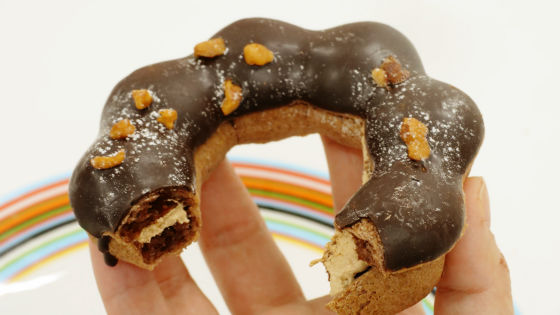 Compared to the iPhone SE with a total length of 123.8 mm, the height is about this. It is a mysterious shape that the top is popping out. 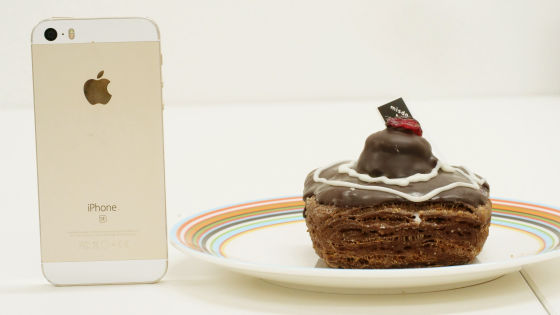 Crisp chocolat is a cloth made by overlaying almond cookie dough and chocolate bagel fabric. The layers are overlapping as many times as pie. When I ate it, the inside is fluffy, but the exterior is crisp and it has a crispy texture like scented Danish. The fabric is cocoa felt but there is no bitterness, like a milk cocoa without sugar, "I have a sweet thing in there?" With eating, I have not found anything. ...... I thought that it was Ganash chocolate whip in the top part of the top. There is a volume as opposed to it, so it may be good when you are hungry. The final is "Crisp Chocolat White Caramel" (216 yen including tax) It was a good feeling that pizza walnut and pistachio added nuts' fragrance as an accent.