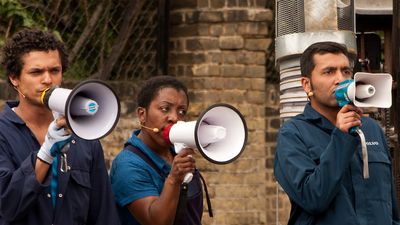 A situation was reported in the US and Canadian diplomats in Cuba from the end of 2016 to 2017, suffering from mysterious high frequency sounds and complaining of health hazards such as insomnia, headache, and hearing abnormality. About the sound of a mystery which was whispered as "whether it is an attack by an acoustic weapon," the researcher has advocated the theory that it was "a cricket cry" in fact.

Recording of "sonic attacks" on US diplomats in Cuba spectrally matches the echoing call of a Caribbean cricket - 510834.full.pdf
(PDF file) https://www.biorxiv.org/content/biorxiv/early/2019/01/04/510834.full.pdf

'Sonic attack' on US embassy in Havana could have been crickets, say scientists | World news | The Guardian
https://www.theguardian.com/world/2019/jan/06/sonic-attack-on-us-embassy-in-havana-could-have-been-crickets-say-scientists

There are dozens of diplomats who testified that they were suffering acoustic attacks while staying in hotels and embassies, not attacks using sound equipment such as " Long Range Acoustic Device (LRAD) " "" Is not it an attack using the microwave hearing effect by modulated microwave? "Was whispered.

What was going on at the American Embassy in Cuba, where "sound attacks" were reported? - GIGAZINE 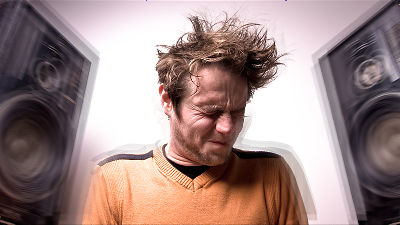 The Cuban government denied any involvement with this case, but the US government has developed into diplomatic issues such as requesting diplomats from the Cuban embassy in the US to request eviction . In October 2017, a part of the noise actually recorded in Cuba has been released. 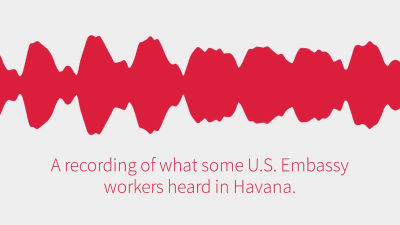 Even after that, the theory that "the cause of the noise was an unexpected accident due to the interference of ultrasonic waves" appeared or the American government officials who worked in China also reported that "they suffered from similar noise" It became a topic intermittently such as.

About such mysterious noise, Professor Fernando Montealegre-Zapata who studies sensory biology at Lincoln University in the UK and Alexander Stubbs of the University of California at Berkeley have analyzed. As a result, the identity of the noise sound recorded in Havana in Cuba turned out to be a cry for a kind of cricket inhabited around the Caribbean Sea, known by the name " Anurogryllus celerinictus ".

It seems that the noise sound announced by the AP communication and the cricket's bark are consistent with the duration, the interval of the acoustic pulses, the frequency, and so on. Although there is a subtle difference between the actual cricket's bark and the recorded voice, the two think that the difference is due to "difference in recording environment". When researchers collect snakes of insects, it is common to record outdoors, but diplomats are complaining about the damage of the room indoors, and the sound is echoed on walls, floors, ceilings, etc. There is a possibility that subtle differences may occur in speech. This cricket has the property of male sounding high treble for courtship behavior, "This type of cricket sings at 7000 Hz ( Hertz )", Montealegre-Zapata says. Montealegre-Zapata from South America seems to have kept crickets of a type similar to this time's problem in childhood, so it is said that with the sharp cricket tone that cries in the cage of your room He said that he also awoke in the middle of the night. "It is no wonder that people who are not used to insect barking may feel unpleasant about crickets' barking," Montealegre-Zapata said.

About the research results of this time, the two merely show only the high possibility that the cricket's barking sound was one cause of the noise sound, it is necessary to specify the cause of diplomatic disorder, It does not deny the possibility of the occurrence.