Bothering with boredom with a smartphone is increasing boredom 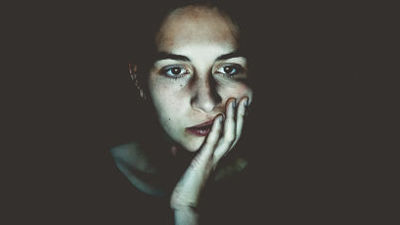 There are several psychologists who describe the idea that boring persons can grow soundly during the summer vacation, and it seems that there is a big merit in "boring" seemingly seemingly disadvantageous at first sight. TIME of the news media is spelled out why boredom is important to us and what kind of influence "using smartphone" can be said as a representative of the act of confusing boredom.

Guihyun Park to study industrial and organizational psychology at the Singapore Management University and his colleagues, that increases the productivity and creativity by boring in June 2018 was shown in the study . In the experiments, subjects instructed "boring tasks" such as arranging the beans in the bowl systematically one by one for each color, in the subsequent "task to create ideas", craft activities It is said that it produced a better result than the subject who was instructed "interesting task". However, the findings were not surprising for Mr. Sandi Mann , a psychology instructor and writer at Central Lancashire University. According to Mr. Mann, boredom is "search for nerve stimulation" and if the stimulus is not found, the brain needs to produce stimuli, so it is in a state of being vaguely thinking or watching a daydream It seems that creativity and problem-solving skills will be born.

Of course not to watch daydreams, but to feel bored, distance from the screen of the PC or smartphone, work, and leaving the stressor are effective, Mann says. In previous studies, it has been shown that e-mails, social media, dating apps, etc. have an effect on mental health, so leaving that one seems to be an opportunity for "recharging".

The thing to be aware of is not to keep boredom with relaxation. Static activities with a purpose such as yoga and meditation seem to tend to fail regardless of the definition of "to find a stimulus". In order to gain true boredom, it is necessary to take actions that do not require concentrations such as "walking on well-known paths" or "just sitting at eyes and sitting" and thinking. Also, turn off the power of the terminal such as smartphone. Because smartphones get bored, that is, keep away from thinking, they will also be departing from "true fun" in reverse. In addition, people are dependent on the condition exposed to dopamine by new and fantastic content, and the resistance to boredom is also changing.