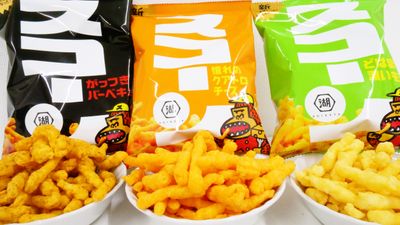 The long-established store of snacks · Lake Ikebaya is facing the front of "brand aging" and "young man's snack away" from February 11, 2019 "Scone sticky barbecue" "Scone adorable quattro cheese "Scone is no longer deep grass". About 30 years have elapsed since the launch of "Scone" in 1987, and this time it was said that the crispy and crispy texture was newly renewed for the first time in history, so I will taste the new scene ahead of time I tried.

A blow to the youth snack away! Full renewal for the first time in the history of scones! To 'Youth's Power Snack'
https://koikeya.co.jp/news/detail/972.html

This is a new scone package, from the left "Scone clutches barbecue" "Quattro cheeses of admiration" "Imabari dense fish". 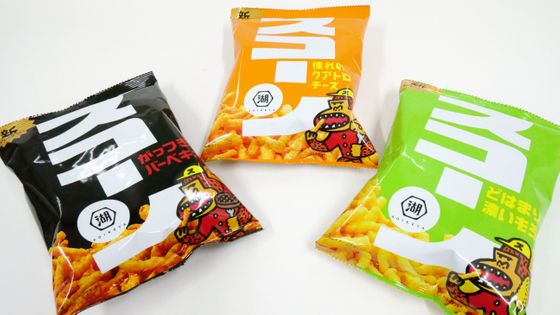 The first is from "Sticky Barbecue". In the package, the character "Halapecong" symbolizing the concept of "youth's power snack" is kicking a scone with a steak. 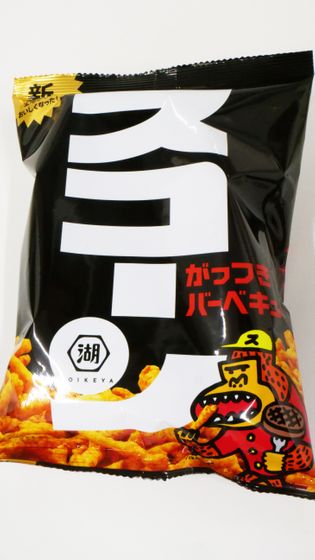 Looking at the raw materials, "meat extract powder" is used. When I try to eat it, rather than "crisp" rather than "crispy" with a texture of "crispy", while refreshing while leaving light while still feeling refreshed from the moment of gnawing with the front teeth until chewing with the back teeth, the response to eating is certainly being strengthened I understand that. As for the taste, when the powder on the surface melts with the tongue, it feels the flavor reminiscent of burnt barbecue sauce and the flavor of the meat juice, and firm sweetness of the sweet corn kneaded in the dough remains as aftertaste, so that the meat of the steak and It was as tasty as if I ate together garnished fried potatoes. 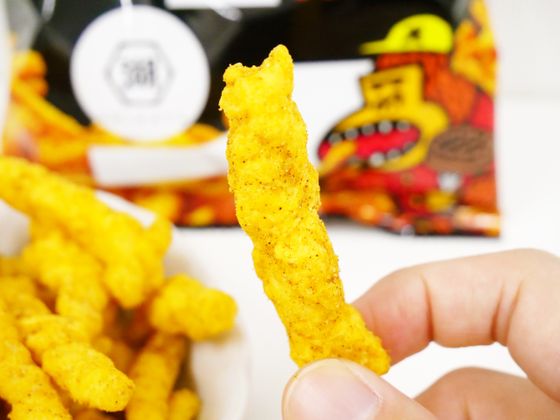 Next is "adorable quatro cheese" 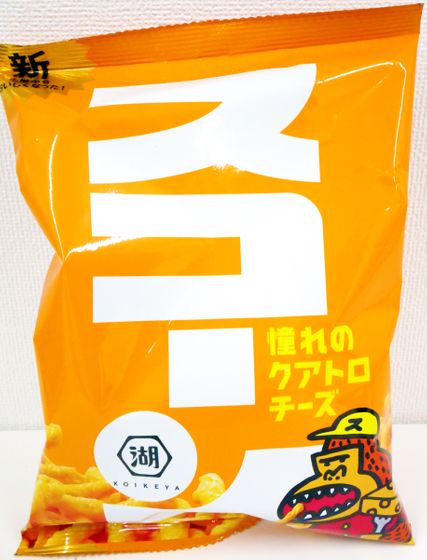 Halapecong has a perforated cheese. When you eat a bite, the thick rich cheese spreads in your mouth, and the fragrance of cheese comes out of your nose. Cheese powder is rigid and distinctive taste cheeses are used, and at the beginning there is a distinctly acidic taste, but gradually it has mellow richness as it tastes, the scent of corn I enjoyed being mixed with sweetness and sweetness. 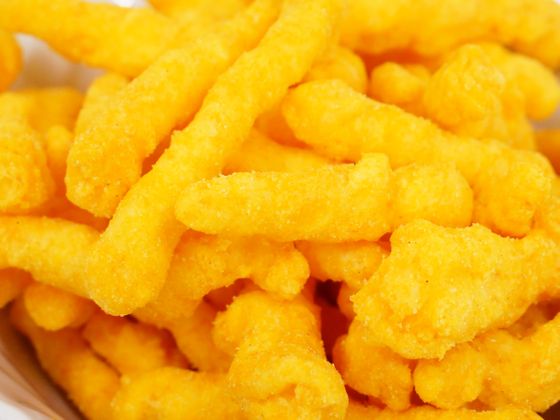 The end is "Tomari dark grass". Halapecong has a corn with leather. 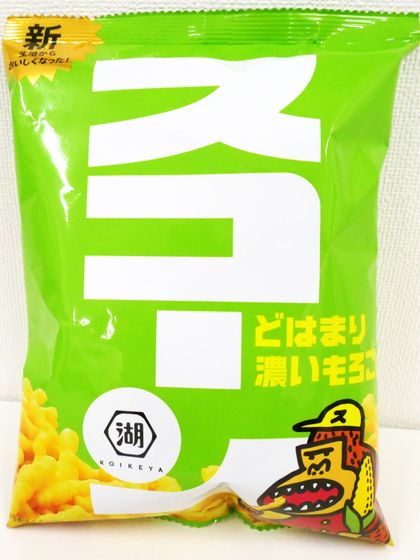 "Corning Ritz" and "Corn seasoning powder" were included in other tastes, but "Corn Powder" is only contained in "Dango deep grass", so this seems to be the deciding factor of seasoning. As for the taste, there is only as it is said that it is "dense", and in the first mouth the rich taste as if it concentrated the corn potage soup appeared in front and filled in the mouth. Then, as you go eating with your second mouth, your tongue gradually gets used to it, and this time you can also feel the slightly odorous fragrance characteristic of the corn unique to the material itself. However, it is impossible to wipe a slightly bad impression because it is corn-flavored cone snacks, and whether it can keep up or not depends on whether you like the feeling "the corn" or not. 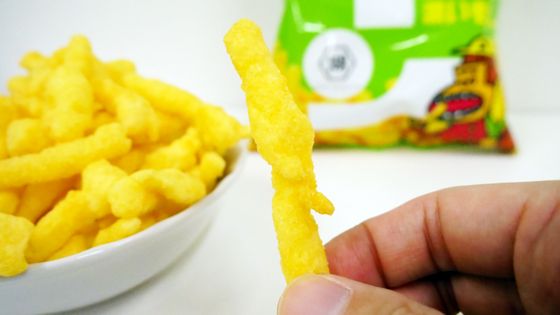 "Scone sticky barbecue" "Quattro cheeses of admiration" "Thinking deep frying" will be released on February 11, 2019, the price is open price.