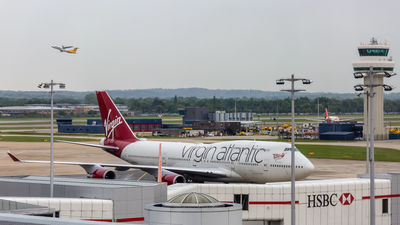 At the London-Gatwick Airport, the second largest after London Heathrow Airport, the runway was closed due to the drone entering the airport premises, and some flights were canceled. Although the closure was temporarily canceled, the closure was again carried out as a result of the drone being found again, and after that, the impact was overwhelming, such as all flights canceled regardless of departure or arrival. According to Surrey Police Department, Drone is said to be "planned" rather than straying by chance. Two drone invasions into the premises of London / Gatwick Airport around 21:03 on Dec. 19, Japan time (December 20, Japan time 6: 3 minutes). About one and a half hours passed, that announcement was posted on the official Twitter.


After that, although the runway was once closed at 3 o'clock on the 20 th, the drones were confirmed again, so it was decided to reclose at 3:45. Since then, the closure has continued and has already affected more than 120,000 passengers. In order to reduce the impact, measures are taken to alleviate night flight restrictions at other airports.

Still, it has been reported that it took 90 minutes to wait for the landing at Cardiff airport in Wales. According to @ Marylsokariari who sat down with this flight, four aircraft were waiting in order before their flight.


# Gatwickairport : We've just been in stuck in Cardiff for another 90 mins assuming Gatwick airport says it's okay to fly back. The aircraft has been refueled but there are four planes in front. Pic.twitter .com / cI68XbnHOM


Dan Bladen, who headed to Gatwick from Ireland's Belfast, said he got off to Birmingham due to Divert (destination off landing).


Yawn ... # easyjet flight from Belfast ???? Gatwick diverted to Birmingham because of # drone sightings at # Gatwick // on the tarmac for 2 hours. @ EasyJet crew have been excellent - captain super communicative. Can we please # hyperloop to London and not a coach pic.twitter.com/4sojKSr688


This is not a drone but a police helicopter wary of the airport.


The situation has not been improved even after entering December 21, and a spokesperson at Gatwick Airport says, "There is no information on cancellation of the runway's closure."

More than 50 sightings of Drone have been observed, and police and military cooperate to prepare for countermeasures. The choice of "shoot down the drones" can not be chosen considering damage caused by stray bullets. Just as drone is being used for surveying and home delivery , these cases are very disappointing.