The university side demanded price cuts due to contract negotiations of Elsevier's article browsing system that cost 5.7 billion yen in 5 years 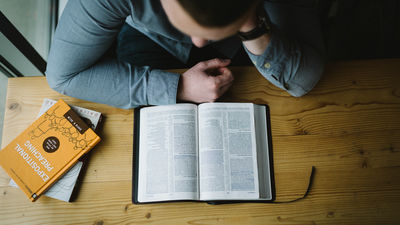 At the University of California, about 50 million dollars (about 5.7 billion yen) over five years for a system that can browse over 2,500 academic journals and over 430,000 papers with Elsevier, a major academic publisher, I am signing a contract. Although this contract is due to expire at the end of 2018, the renewal of the contract has not been done yet, and the authority of the Los Angeles (UCLA) school (UCLA) authority to the professors was published in the academic journal published by Elsevier It is a situation that gives an exceptional notice that it should not review the article to be planned.

In Talks With Elsevier, UCLA Reaches for a Novel Bargaining Chip: Its Faculty - The Chronicle of Higher Education
https://www.chronicle.com/article/In-Talks-With-Elsevier-UCLA/245311 The appeal of the university authorities considered considering refusing the review of papers published in Elsevier's scholarly journals until the content of the contract negotiations became "clearly progressing in a productive direction" I want it. There are also calls for research presentation in other academic journals, including prominent open access journals.

According to " The Chronicle of Higher Education " which is transmitting news on higher education, it is the first time that universities call for a boycott of a specific publishing company like this time. However, according to Jeffrey K. McKee Mason , a librarian at the University of California, Berkeley (UC Berkeley) and a professor of economics and information, Mr. Jeffrey K. McKee Mason said 15 years ago that Elsevier's system was too expensive for molecular biology There seems to be a case of calling six biblical academic journals.

Elsevier claims that the price of about 5.7 billion yen is reasonable, "the amount of content increases with each age, the value of subscribing is increasing, the quotation from the outside of the paper is increasing," However, from the past, it was pointed out the drawbacks of the profit structure that volunteers conduct peer review and editorial management while taking subscription fees.

Despite the details of the negotiations are not revealed, Professor McKee Mason, who is in charge of negotiations, revealed that the University of California and Elsevier are "contracts covering subscription fees and open access publication fees" It is.

The university's request is that if the profit of a company far exceeds the publication cost, the price of the contract should be lowered. It is said that 25% of California University magazine purchase expenditure is spent on Elsevier.

Regarding the fact that universities are working on cost reductions, there are many faculty and staff who are showing sympathetic views, and it seems that the use of open access academic journals is not obvious. However, some young researchers expressed concern that Elsevier's "authority" is necessary, and it seems that it is not possible to terminate the negotiations saying "We can not keep up with Elsevier".