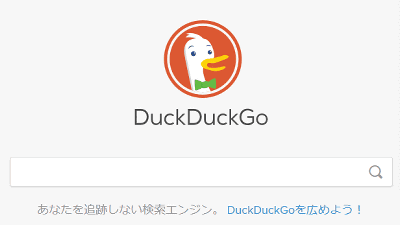 Google has handed over domain ownership to DuckDuckGo on a problem that was causing slight disruption due to the possession of Google, the owner of the domain name "Duck.com" that seems to be related to the search engine service " DuckDuckGo " Was revealed.

DuckDuckGo is a company that provides search engines like Google, but "Protecting privacy" and "Do not record user's information" are the biggest difference between Google and Google. Even on the top page of the site, it is declared in Japanese that "your data will never be sold". 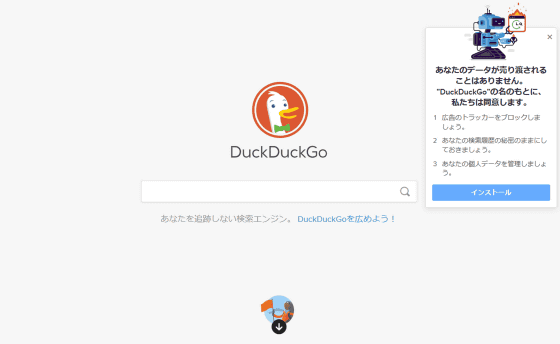 The competitor, Google, owns a domain that makes it feel relevant to that DuckDuckGo, because it acquired On2 Technologies (formerly "Duck Corporation") in 2010 and added the domain "Duck Started with what Google took over.

Actually, when accessing by accessing "duck.com" in the browser so far, there was a situation where Google was redirected to the domain "On2.com" explained on On2. It was not fun for DuckDuckGo owned by Google, which is a domain name very similar to the company's name, but the situation has changed in July 2018 and a link to DuckDuckGo is added to duck.com landing page There was a change such as being able to be done.

In addition, it has not been clarified whether there was money transfer etc concerning this ownership transfer.