How surviving is the search engine that supported the 1990s in the early days of the Internet? 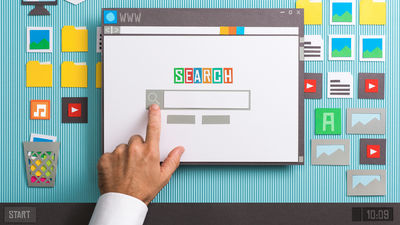 As of June 2018, the search engine is in almost the same state as Google which accounts for 90.3% of the market share, but twenty years ago, in the era of the female ruling by various kinds of search engines, There were also many meta search engines that sent to the engine and displayed the results obtained. Although opportunities to use search engines other than Google decreased sharply, Boston resident programmer Sean Conner blogs that nearly half of the previous search engines are still working while still changing form It reports in.

In the 1990s, Mr. Conner, who was creating a meta search engine called "Geofind", discovered the source code of Geofind in the depths of HDD in 2018. So, I examined what the 10 search engines that were sending search queries from GeoFind about 20 years ago are now.

◆ 1: Yahoo!
Started service in 1994 and reigned as "directory search male" Yahoo! Ended the directory search service as of the end of 2014, but it survived as of 2018 mainly around robot type search engines . However, the engine itself used Google from 2000 to 2004, after that, Yahoo! of its own development I switched to Search Technology (YST), but in 2009 I gave up my own route and switched to Microsoft's Bing. The company's performance is also somewhat weak, although it had been good for about a year since July 2012 when Mr. Marissa Mayer's CEO was appointed, it is under the control of Verizon Communications Inc. in 2017. Meanwhile, deploying in Japan Yahoo! JAPAN , in 1996 Softbank and the United States of America Yahoo! It is operated by Yahoo Japan Corporation which was jointly established, and the original home Yahoo! I am doing an independent development with. As a result, I initially used domestic "goo" for search engines. After that, I adopted Google from April 2001 to May 2004 so as to be in line with the headquarters, then switched to YST. However, when the original family switched to Bing after stopping the development of YST in 2009, Yahoo! In JAPAN we are back to Google . The directory type search service "Yahoo! Category" continued even after the headquarters finished the service , but ended on March 29, 2018 .

◆ 2: Excite
Once Yahoo! · Excite, famous as a major search portal site alongside Infoseek · Lycos, will be acquired by Ask.com in 2004 after acquisition and sale. As of July 2018 barely survived as a portal site, the domain is alive, but the page design is so messy and the search service seems to be apparently apparent. Excite worked on a business tie-up with Google, which we just founded in 1998, but we paid out a million dollars (about 110 million yen) presented by Google co-founder Larry Page As a result, negotiations broke down. If you valued Google's search engine and partnered, it may have been a different future. Since the Excite brand in the Asian region was sold to ITOCHU Corporation in 2001, in Japan as well, a unique portal site is still being operated, and a search system using YST is also in operation.

Also, Excite Mail developed by Excite Japan is MSN · Hotmail and Yahoo! Of Yahoo! Although it was a service that many patrons used as long-established store mail along with mail, unfortunately it is announced that we will terminate the service with September 18, 2018 .

◆ 3: Infoseek
Once an Internet company with a major search engine, it was later acquired by Disney, losing both domains and search engines. However, only in Japan and Germany, the name of infoseek remains.

Infoseek landed in Japan in 1996. However, Yahoo! was growing with the momentum to drop the flying birds at that time. I can not catch up with JAPAN quite easily, obviously Yahoo! I also televised TV commercial that rival JAPAN . In 2000 the capital relationship with the US headquarters was resolved, the infoseek Japan branch became a subsidiary of Rakuten. The portal site and search system are still in service as Rakuten Infoseek . In 2001, web hosting service infoseek isweb started. isweb light is Yahoo! It became a leading free web hosting service aligned with GeoCities, and had many personal sites, but it ended with being missed in 2010. Discussion also occurred that it was a problem that a huge amount of information disappeared from the Internet along with many personal homepages that used isweb lights.

◆ 4: Lycos
Lycos is a search engine born in 1994. Originally Excite and Yahoo! It was a search portal site that also line up shoulder. In 2000, Terra Networks in Spain will purchase Lycos, Inc., which operated Lycos, for $ 12.5 billion (about 1.4 trillion yen). After that, it was sold to Daum Communications of a Korean company in October 2004 and sold to Ybrant Digital in India in 2010. And because Ybrant Media Acquisition, which operated Lycos in 2016, went bankrupt, Ybrant lost ownership of Lycos Inc.

As of July 2018, Lycos Internet Ltd., headquartered in India, operates a search system using bing's engine and several web services. According to the About page , "Lycos, Inc. is still alive, most people are setting up their own search engines in times when they do not know the word" search engine "is written about themselves. As of July 2018, Lycos is also compatible with Japanese.

In Japan, Lycos Japan was founded in 1998 with the investment of Lycos, Inc. and Sumitomo Corporation etc. Lycos Japan has also deployed various services such as search engines, news and free e-mail to Japan, but in 2003 it will be absorbed by Rakuten along with infoseek due to poor management. Since Rakuten's portal site was chosen infoseek, Lycos' s portal site for Japan has completely disappeared.

However, in 2007, Lycos Japan was revived by Daum Communications and Poweredcom's investment, which then owned Lycos, Inc. However, the newborn Lycos Japan is a resurgence in the form of taking over another service, and it has nothing to do with the American headquarters or the first Lycos Japan. Nevertheless, the newborn Lycos Japan provided various web services mainly on blog service "Lycos Clip" etc. However, Lycos Japan climbed out of all services in 2008, without letting the letters of "Beta version" attached to the Lycos clip come off. The domain of lycos.co.jp was also abolished in 2013.

◆ 5: HotBot
Both domain and search engines are healthy for HotBot. Also, it is extremely light in operation, expressly stated the management attitude conscious of Google such as "do not share personal information" and "exclude any advertisements" clearly. Mr. Conner also raises a surprise comment that "You are still alive at Google's strongest today?" 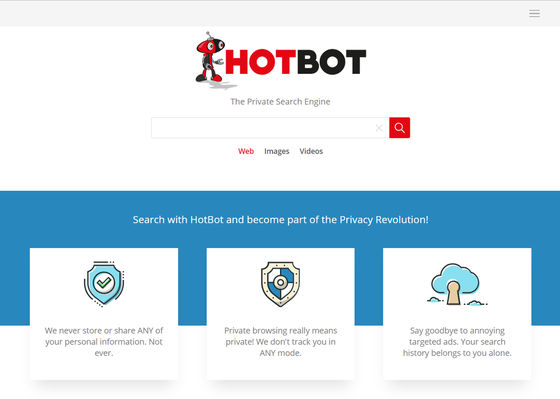 ◆ 6: Webcrawler
Both the domain and the search engine survived. Webcrawler was acquired by AOL in 1995 and sold to Excite in 1997. Furthermore, after the Excite went bankrupt in 2001, it was picked up by Infospace. Originally it was an independent search engine, but now it is a meta search engine. 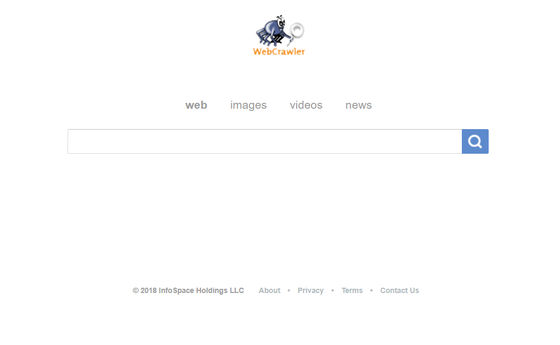 ◆ 7: FreeYellow.com
The web hosting service is still running and the domain is valid, but the search engine is no longer in operation.

◆ 8: Magellan
Magellan was an independent search engine once, but it was acquired by Excite in 1996. When you access the domain " mckinley.com " owned by magellan before acquisition, it seems that the search engine of the former has not changed since it has changed to a site searching real estate now. Mr. Conner commented, "I think it is probably a different company, but I'm not sure."

◆ 9: Alta Vista
It was absorbed by Yahoo, but due to business restructuring the service was terminated in 2013 and the domain "altavista.com" has also disappeared.

◆ 10: Goto.com
Goto.com has already terminated the service, and even if you access the domain it will be redirected to the site called GoToMeeting .

In addition, bookmarks of search engines other than the above have been found from the bookmark folder named "GeoFind search engine". There seems to be a page where the domain has already disappeared or stopped providing search services, but Galaxy · PointSearch · GIGABLAST is still in operation.

Mr. Conner said that nearly twenty years have passed and 80% of the sites that were once accessible have disappeared and can not be accessed, whereas half of the old search engines still survive I am commenting that it is surprising.