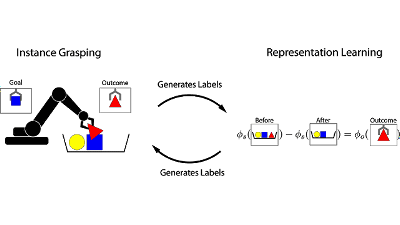 Google AI announced the " Grasp 2 Vec " algorithm that enables robots with AI to move by themselves to recognize objects and learn what kind of results are guided by their involvement.

When AI performs machine learning, in many cases, some involvement by humans is necessary. By preliminarily labeling the object to be targeted so that AI can recognize the object or give AI some remedy (remuneration) to remember that "if you do this is correct" Activities such as stimulating the implemented reward system may be required, but these efforts have become obstacles to improve learning efficiency a little.

Grasp 2 Vec announced by Google AI gives the robot arm an intuition that "attempts to pick up something brings some information", and recognizes changes before and after lifting the object with the arm, given in advance It is to let students learn a path to give results that are close to "correct answers". If a human gives only "correct answer", the robot self-judges his action and the result brought by it, and self-learns a method with higher accuracy. It is possible to see a glimpse of the situation with the following movies.


Robots are required to grasp the objects placed in the following fields with arms and to produce results that are closer to the correct answers presented. The image of "goal" like the upper left of the screen is given to AI in advance. 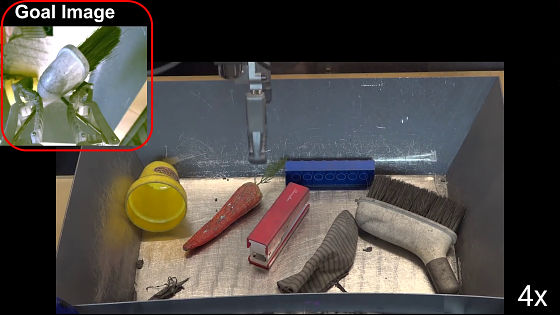 When the AI ​​recognizing that the goal image is "brush" moves the arm and grabs the brush ......... 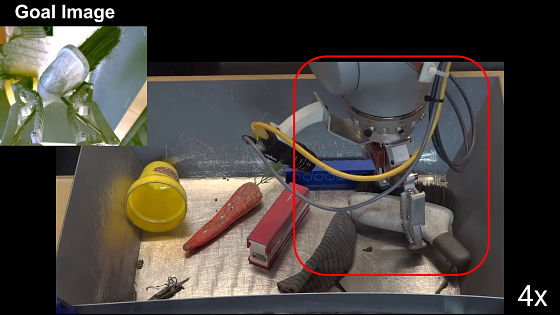 The score of the result is "Similarity: 0.81". When the score goes to "1", it seems to be perfectly consistent, so a state close to the goal is being created. Next is a goal image to grab a yellow flower pot in the height direction. 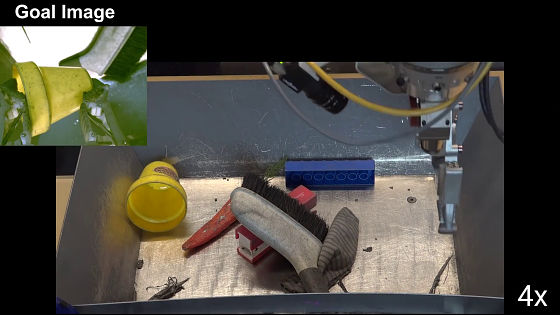 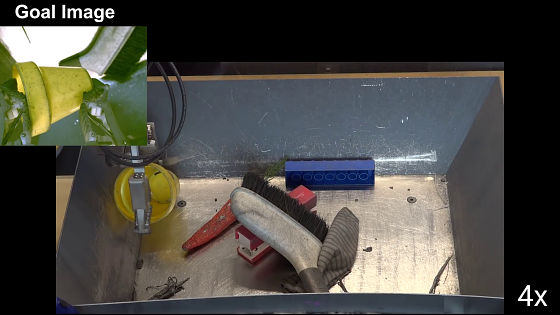 When grabbing a block of toys, I recorded a score of 0.89. 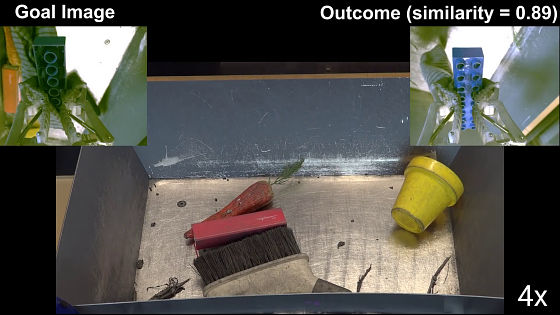 In this way, even when an object is placed to disturb the object of interest. 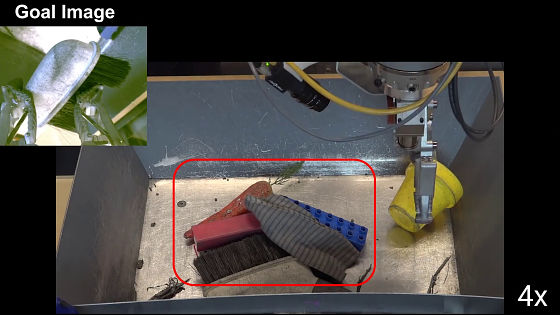 Move an obstructing object with the arm ... ... 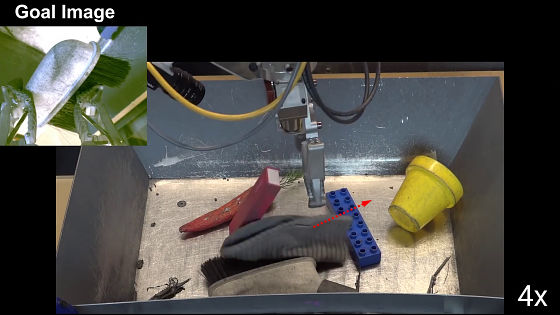 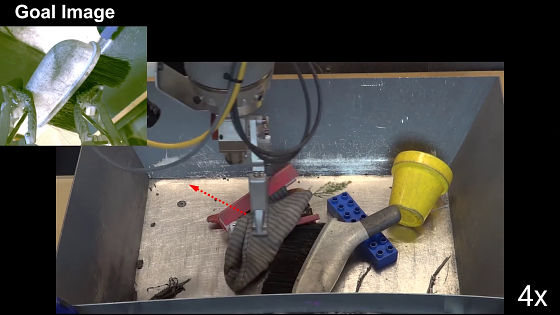 I was able to catch the object of interest. 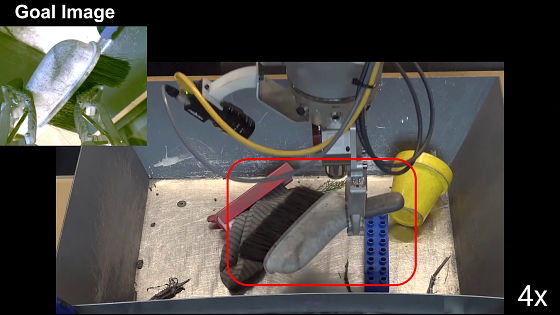