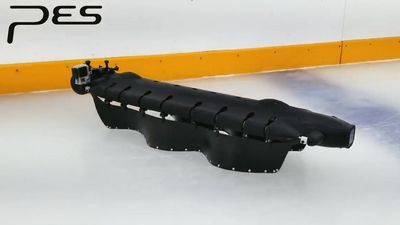 Pliant Energy Systems (PES) , an engineering company based in Brooklyn, New York, developed an engineering know-how to analyze fluids and flow fluid with less energy. Along with that, we succeeded in developing the robot " Velox " which propels by spreading sheet-like fillets rather than using a propeller, and the movie that moves with Ueneune and underwater or on the ice is called YouTube We are publishing to.


Velox developed by PES is on ice rink ice rink. 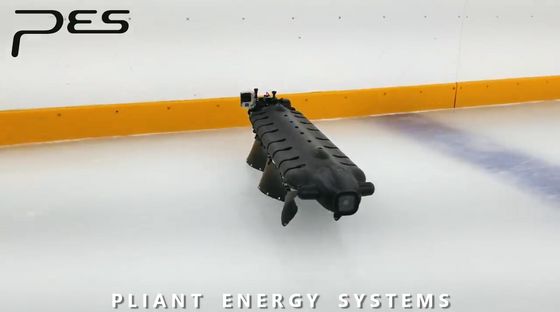 Below the trunk part shaped like the backbone is the fin louder connected ... ... 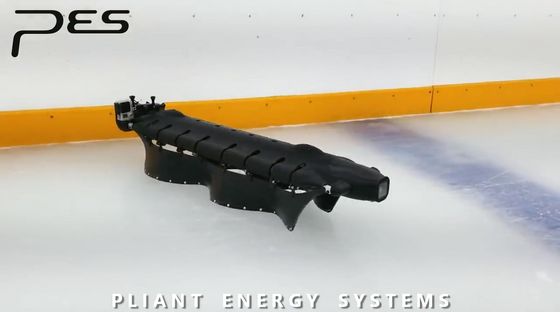 The fins will move with Sweetie on ice by moving with Uneune. 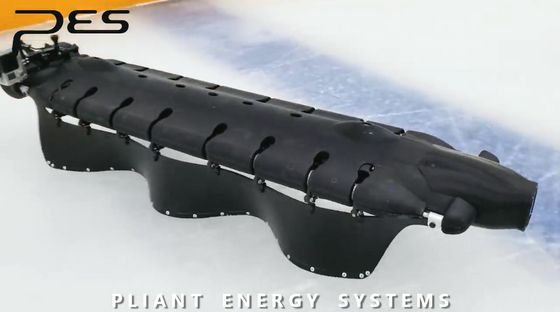 It is not only supporting the body with a thin fillet alone, it also seems that you can move on the ice quite smoothly or change direction. In addition to going forward, you can also back to the back without changing the direction of your body. 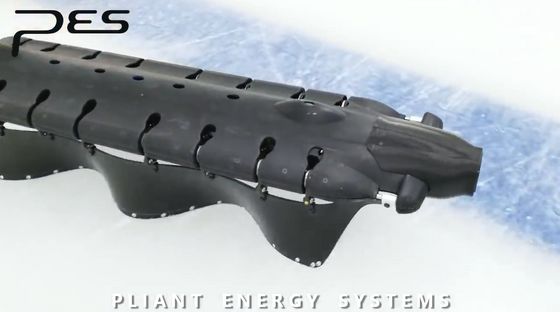 Velox moves so unexpectedly just by twisting the fins ... ... 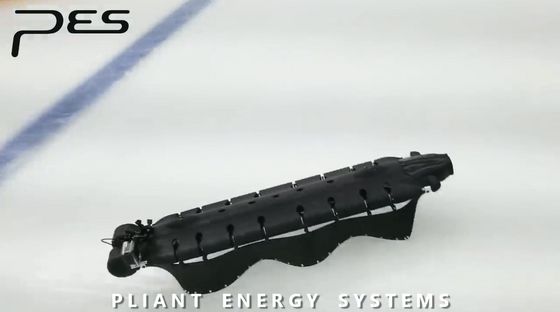 It feels a little disgusting. 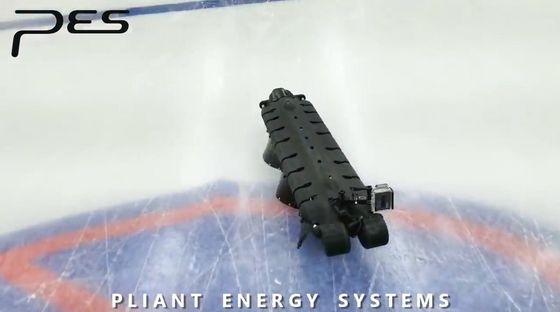 Velox can move not only on ice, but also on snow that will fill the fin. 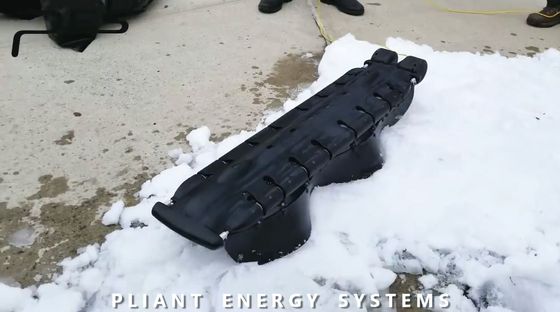 When traveling on one side of snow, unlike the case where the fins travel on the ice, it has been knocked down sideways by 90 degrees. 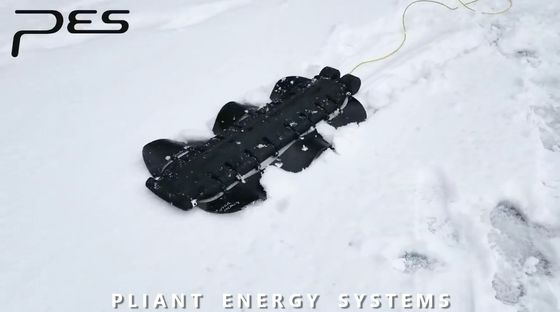 The fuselage and fins are connected by as many as ten joints, and seems to be causing undulation in the fins by each of them being shifted slightly. 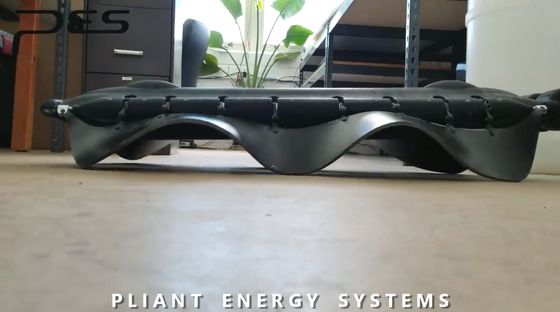 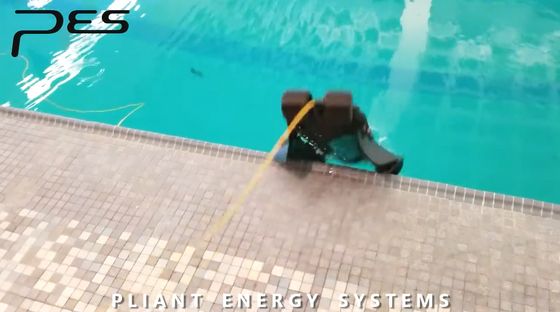 The appearance of swimming with Swiss I while bending the sideways fishes reminds me of the anomalocalis inhabited in the ancient Cambrian era. 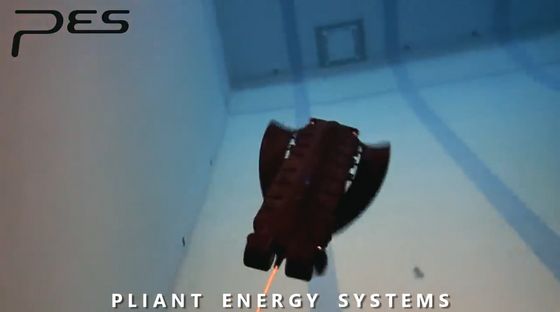 Even underwater I am proud of its speed. Of course the direction change is free anyway whether it is underwater. 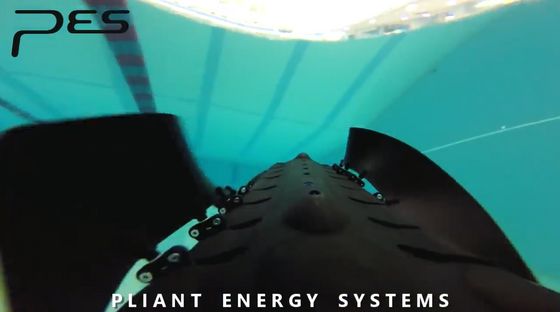 It seems that you can also rotate with Kurukuri on the spot. 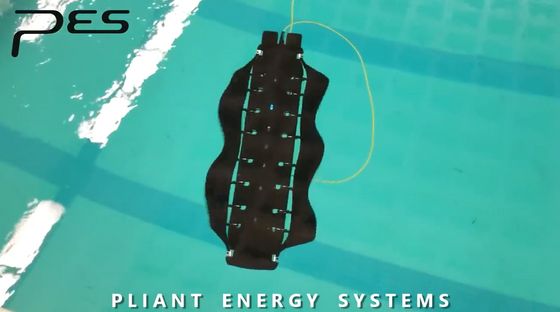 Velox can also rise from underwater to land as it is ... ... 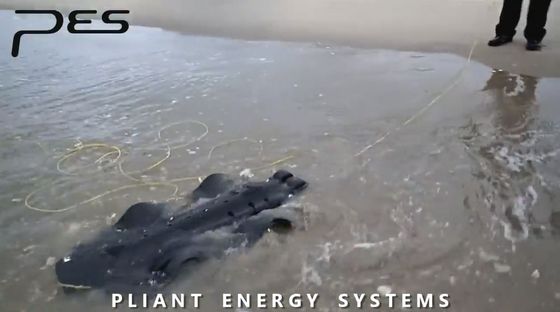 In that case, it seems that switching to the land mode will be made by setting the fins 90 degrees. 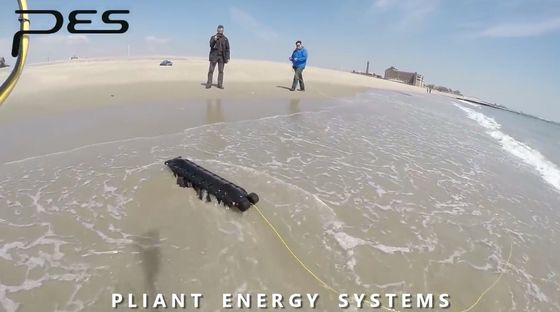 PES CEO Pietro Filardo developed Velox based on knowledge such as marine biology. Instead of a propeller used in a submarine or the like, a flexible, undulating sheet is used, and the installed CPU moves the seat and Velox advances underwater on a principle similar to stingray and the like.

Velox which can be promoted even on land corresponds to various road surface environments such as ice and sand, places where paved ground and pebbles are spread. Part of the research funding is provided by the US Naval Research Laboratory and it seems that exploration methods such as supplementing medical supplies and ammunition to the army waiting on the coast are being sought. 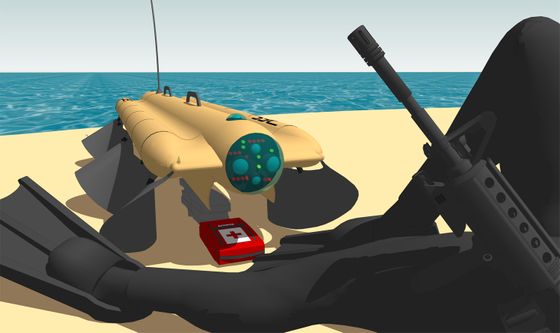 In addition, PES thinks that the propulsion system that undulates the seat has less damage to the environment such as sedimentary layers and plants on the ground, so it can also be used for exploration in delicate natural environments.