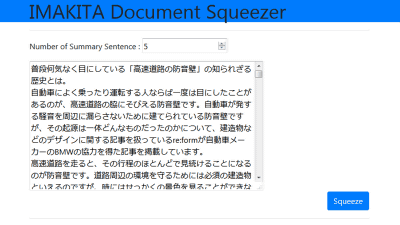 As some people respond to the word "long-sentence reading", too long sentences sometimes destroy readers' willingness. "I wish I had something that would make the contents of the sentences short and short as much as possible ..." I thought, " IMAKITA ", an engine that uses AI to group together long sentences in about three lines was released So I tried using it at once.

I tried to make engine IMAKITA that put together long sentences in about three lines - Computer Shogi Qhapaq
http://qhapaq.hatenablog.com/entry/2018/12/09/234447

Although I say it myself, I feel pretty well done. Waste multi languages ​​(Japanese, English, Chinese, German, French and Western grape) correspondence → I am making an engine IMAKITA that puts together a long sentence around 3 lines - Computer Shogi Qhapaq https://t.co/j2WwZTstNv # Hatena Blog https : // t.co / FJAhkujNl 8 (You can play from here)


IMAKITA is an engine that summarizes the contents in bulleted form by extracting particularly important sentences in sentences. It is easy to use, open the following page, put the original sentences in the text box and click the button. In addition to Japanese, it corresponds to Chinese and English, Spanish, German, French, Portuguese, Italian. 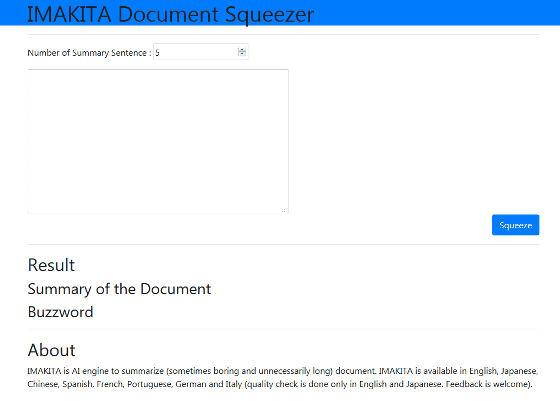 I tried to verify how long we can efficiently summarize long sentences using real long sentences. What I prepared is an article in February 2015 which was relatively long in GIGAZINE's article.

What is unknown history of "Soundproof wall of highway" which he normally casually sees - GIGAZINE
https://gigazine.net/news/20150222-freeway-sound-wall/ 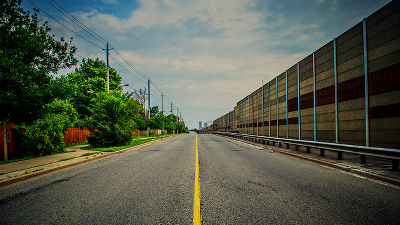 First of all, I pulled out only the text with a copy paper and molded it on a text editor. IMAKITA said that it is judged that the period "." Is a boundary of sentences in the case of Japanese, so prepare to recognize one paragraph by attaching a phrase to the article title and subheading . The number of letters that extracted only the body part is about 4000 letters, and it is a proper volume. Paste the prepared text in the text box of IMAKITA and click "Squeeze" ...... 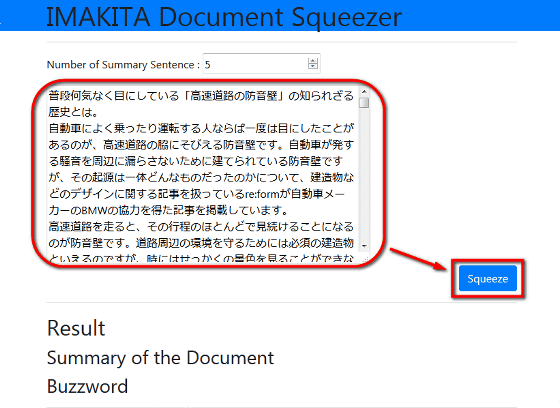 Processing was completed before it took less than 1 second, and "Summary" was displayed in bullets as shown in the red frame below. I created the original article I used for the story now is the editorial staff who is in charge of this article so I am grasping all the contents, but I certainly feel that the sentences are gathered up with considerably high precision , Level which makes it feel a bit complicated to a lot of high speed ... .... On the other hand, since the actual history of the soundproof wall which is touched many times in the original sentence is not included in the summary, I was interested in what the judgment about this situation was. 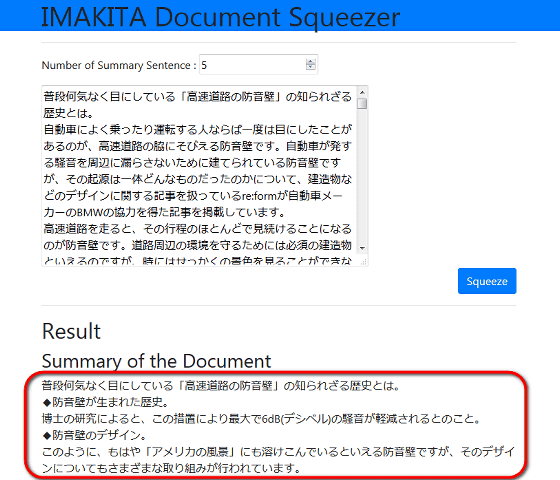 I went to see because "Kurogane four raised" that was restored as it was over the past two years was released at the end - GIGAZINE
https://gigazine.net/news/20160924-kurogane-restored/ 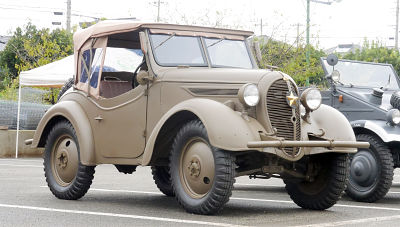 The result is processed. The summary of the content and the state of the day are summarized fairly well, and it can be said that it is quite accurate here as well. 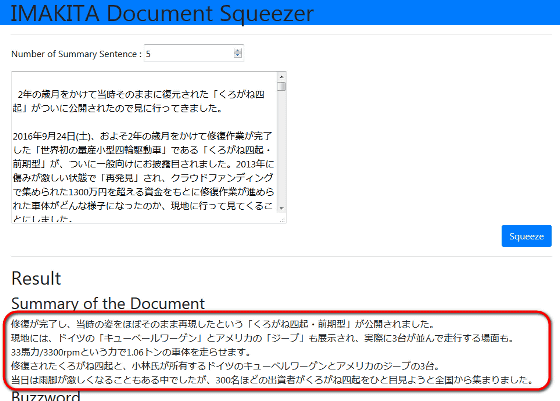 Finally, I tried a little idiot and tried using an interview article. The theme was an interview with Mr. Masaya Matsuura, the creator of the music game "Rappappapper". 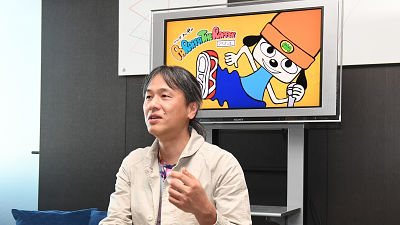 The result is like this. As expected, it seems that it was difficult to make a judgment as it is an interview article with quite different appearance from ordinary sentences. 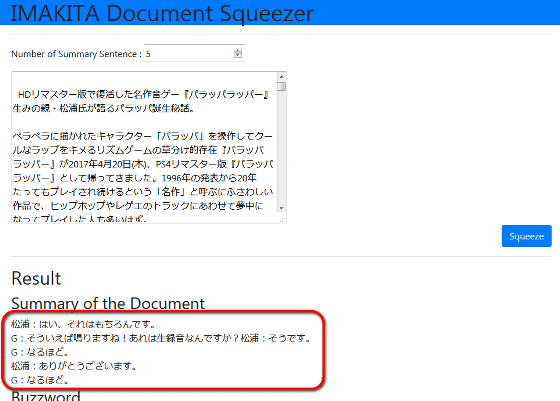 Although I made it contents to the last at the end, I understood that if it is ordinary sentences it will do a summary with considerable precision. I would like to expect from the paper on this engine that Ryoto Sawada, the author, is writing while hoping for future brush up.