What are 'rituals' and 'routines' that should be built to efficiently accomplish work and to secure free time? 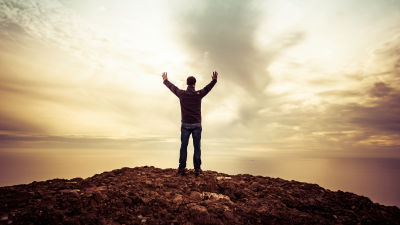 According to a study , about 40% of daily behavior consists of routines (customs). Some people may have taken a bad habit such as "watching TV", "surfing the net", "taking unhealthy meals", but if you can make good use of routine you can make about half of the day health You will be able to spend more efficiently and improve productivity such as work. RescueTime Blog introducing various ways to improve productivity, summarize the method to change bad habit of bodily habits into more productive routines.

Why you need both rituals and routines to power your workday - RescueTime Blog
https://blog.rescuetime.com/workplace-routines-and-rituals/

◆ Establish your own routine "Routine" refers to a series of actions performed on a regular basis. For example, if you are doing every day to "take a shower to wake up in the morning and make breakfast and plan your day and drive the car to work," this is a routine for myself every morning It will be that.

Human beings are not limited to whether they recognize it, but also have some routine. However, many people neglected "to intentionally devise routines so that they can make maximum use of their time".

On the other hand, many successful entrepreneurs and creators are interested in routines and are adding their own hands to this. But what matters here is that "managing blindly someone's routine does not necessarily make your life productive". For example Apple's Tim Cook CEO got up at 3:45 every morning but it is not always the reason for his success, so it is not always right to manage routines blindly That's why.

What is important is not to blindly manage other people's routines, but to gather the most successful experiences in their daily lives. This means "to understand ourselves' natural decline and energy flow in the workplace", so collecting the flow of work suited to you and improving productivity by making it a routine It is possible to expect. Routine helps lay the foundation in life, but whether it is possible to properly ride a task that is subject to different conditions on a daily basis is a totally different thing. For example, even if the morning meeting is included in the daily routine, it is another story whether the brain is well prepared for the meeting at that timing.

It is said that Kar · Newport, author of " I concentrate on important things ", is caused by being in the state of "reminder of reminder". "Notice does not switch immediately, the rest of your attention continues to think about the original work," as Mr. Newport says, his notice will not immediately switch 100% It is the reason why I can not concentrate by switching work.

In order to overcome this cautionary state of residence, it seems that it is one means to explicitly put into words, for example, "I am working on this work and I will move on to the next task" . The Rescue Time Blog named this "ritual" and wrote that "The ceremony is repeatedly done like a routine and it may be a part of routine." However, the ceremony said that we should put in deeper meaning that is not in routine. For example, when entering a one-to-one meeting from entering sentences, there is a big gap in the psychological state of yourself and the other person. In such a case, what should be done is the "ritual" that RescueTime Blog says. Although it is stated that rituals should include a deep meaning, rituals themselves do not need to be complicated behaviors. For example, walking quickly, drinking coffee, and simple actions that can be done anytime anywhere OK.

According to past studies it is possible that such rituals can help self-control, reduce disappointment after listening to difficult news, reduce anxiety before stressful work and improve performance It is shown. This seems to be because people are more trained to motivate and concentrate by repeating the ceremonies associated with a specific task.

◆ famous rituals that entrepreneurs and creators had done Routine is a sequence of actions, so you can easily explain it, but rituals may look strange from the edge. For example, it is equivalent to a ceremony that an act of protecting jinxes such as "entering from the left leg to the pitch" and "not changing the socks during the tournament" of the athlete.

For example, a philosopher Simone de Beauvoir seems to have read the sentence that I wrote the previous day over 15 to 30 minutes and corrected the contents before starting something new.

Winston Churchill , who became Prime Minister of the United Kingdom during the Second World War, took a whiskey soda diving at 17 o'clock, took a nap of about 1 hour and 30 minutes afternoon, entered a bath and started work again from around 20 o'clock I heard he was going.

Horror novelist Stephen King said that he had brought the mind to the correct state by reproducing the same work environment every morning.

Routine tries to improve the productivity by deciding the flow of the day, and the ceremony plays a role as a tool to help this routine get done correctly. By listening to other people's routines and rituals and building rituals with their own routines, you will be able to send you more efficient day.