Clearly from job information that Pokemon's mobile game is under development 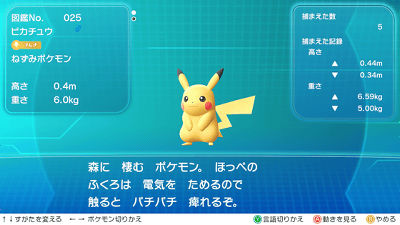 The recruitment information posted on LinkedIn is looking for a main designer in a team consisting of designers, engineers, artists, producers and testers for making mobile games. Although the experience of the game engine "Unity" is written in the required skill, those using Unity in the Pokemon related mobile game already released are the game of the Pokemon card distributed to the tablet It seems that there is only " Pokemon Trading Card Game Online ".

Jobs at The Pokemon Company International in Principal Game Designer at Bellevue, WA, US | LinkedIn Jobs 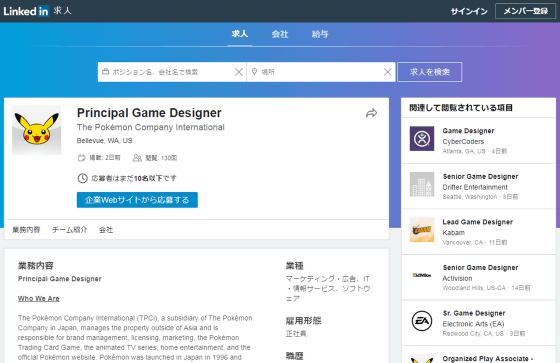 Therefore, Game Informer of the overseas game media guesses that the mobile game being recruited is going to be a completely new Pokemon related mobile game.

Pokemon already has several game applications for mobile, such as " Poke Toru " in puzzle game, "Pokemon GO" which is most popular as Pokemon related mobile game, " Pokemon quest " that can be played even with Nintendo Switch We are releasing it. Among them, Pokemon GO has just announced that the trainer 's battle function " trainer battle " will appear soon. If the function of Pokemon GO expands and approaches the game nature of the original Pocket Monster series, "Other Pokemon games for mobile will go to the spin-off area with different game properties than Pokemon GO" Game Informer wrote. 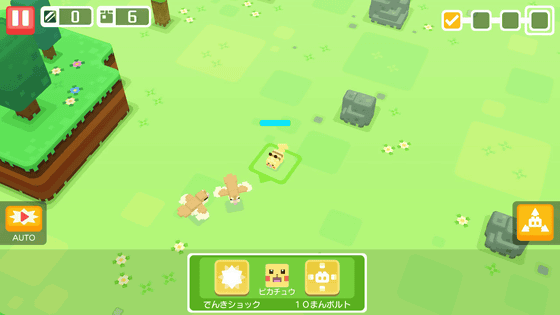