The possibility that Taj Mahal of World Heritage disappears, the story of people fighting for conservation 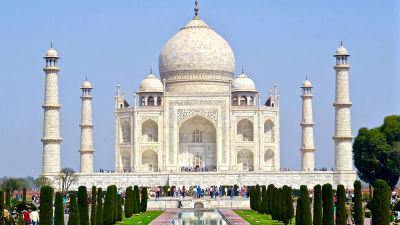 The pure white mausoleum of marble in the city of Agra in India " Taj Mahal " is a ruins that many tourists visit. However, there are concerns that Taj Mahal is in danger of survival due to air pollution and water pollution around Agra and other various problems. Taj Mahal was completed in 1643 as a mausoleum built for the babe Mumutaz Mahal , the 5th Emperor of the Mughal Empire, died in 1631, by Shah Jahan . Taj Mahal made of marble has a unique color which looks pink in the early morning, white in the afternoon, and milky in the evening. The poet Rabindranath Tagore expressed the beauty of Taj Mahal as "tears of marble striking the cheeks of time", tourists visited from around the world, and the late Diana performed photography was.

According to the Tourism and Cultural Agency of India, Taj Mahal that as many as 400 to 6 million people visited during the five years from 2011 to 2015, but in recent years it has lost its radiance. The foundation became weak, the building cracked, and in April 2018 it was reported that two spiers of the gate were collapsed by windstorms. 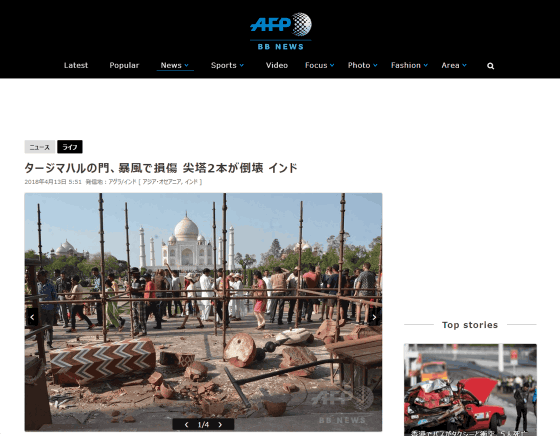 In July an environmental scholar and lawyer, MC Mehta, submitted a petition to the Indian Supreme Court to rescue Taj Mahal. The court authorized this and ordered the state and the federal government responsible for building conservation, the Indian Archaeological Survey (ASI) to conduct public hearing. The court also said that "Taj Mahal should be protected, but if the government continues such indifference, the court should close the building and demolish it if it can not keep its shape "I said.

The move to conserve Taj Mahal was not the beginning of the present, but already in the mid 1980s. A few years ago, pollution of the air around Taj Mahal has already been considered a problem, and in Agra, Taj Mahal, a remarkable level of sulfur dioxide and particulate matter has been reported. UNESCO reports to the Government of India that these substances become acid rain by mixing with rain and that the walls turn yellow due to falling on Taj Mahal. Mr. Mehta also submitted to the court a petition claiming that "There is a foundry, chemical industry, refinery in the background that Taj Mahal has changed color in 1984".

Nine years after Mr. Mehta filed a petition, the court approved Mr. Mehta's request and ordered to reduce pollution in the area concerned. As a result, the facilities that are causing pollution around Agra, especially Taj Mahal, will be closed. It is illegal to use coal in the area, only the use of natural gas was permitted. Diesel vehicles and diesel equipment were also banned, the leather shop was removed, banning buffaloes to the Yumuna River and washing in the river was forbidden. 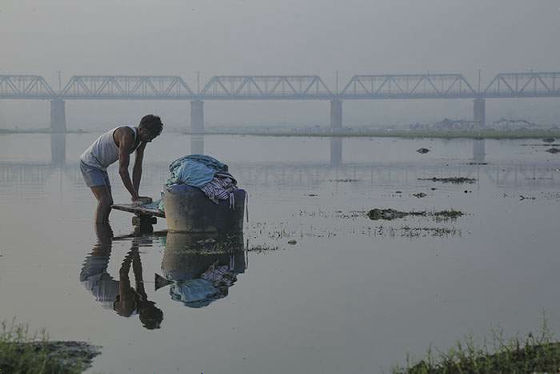 And in 1998, the court set 14,400 square kilometers around Taj Mahal as "Taj Trapezium Zone" where exhaust emissions are strictly managed. However, because the Indian government did not follow the court order, the situation did not improve, the pollution became worse than before, and again in 2018 Mr. Mehta submitted a petition to the court again.

Contamination of Taj Mahal is not limited to air. The Yamuna River flowing by Taj Mahal is said to be the "most contaminated river in the world". According to Brij Khandelwal, an environmental scholar, a factory that exists from Delhi to Agra flows chemicals and waste directly directly to the river and does not process anything about 90% of Agra's city drain pipe and drains it to the Yumuna River It is shedding. It is impossible for fish to live in such a situation, so it seems that a large amount of flies, mosquitoes, and other insects that were supposed to supplement fish in the river are generated. And Taj Mahal will further discolor by these Huns.

Furthermore, not only water pollution but also a decline in water level are one of the causes of Taj Mahal's blow. Taj Mahal is standing on 180 wells and wooden but these are supposed to be "there is water all year." According to Prof Ramnath, a historian, many of the buildings of the Mughal dynasty were built on a square apart from the river, but Taj Mahal was built on the banks of the Yamuna River to catch the water. However, at the time of construction many facilities were located away from the river, but in the modern era where the population increased, dams and canals were created in the Yamuna River, the amount of river water decreased. It is said that the wood of the foundation will be exposed to the air because the water has decreased and it is dry and fragile. 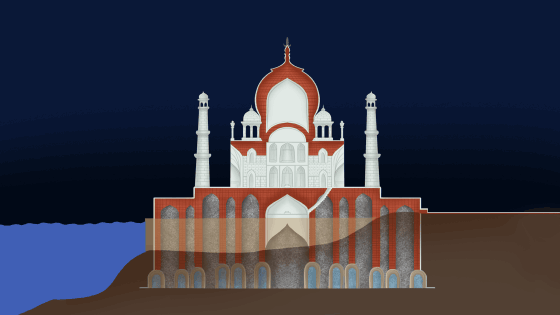 A section called "Taj gangji" around Taj Mahal is a place prohibited from using diesel cars and diesel equipment. Taj gangji, the descendants of craftsmen engaged in the construction of Taj Mahal, is considered part of the ruins of Taj Mahal. Since the craftworkers of the time conveyed the technology to the descendants, there are people who live by making a replica of Taj Mahal using the technology among people living in modern Taj gangji. If Taj Mahal could be repaired, there are only Taj gang artisans who took over the technology, but the craftsmen can not repair because the government's permission is not received.

On the other hand, the Taj gangi, which is considered to be "a living ruin", has restrictions other than being unable to use diesel, and aging has been pointed out. Despite the Taj gangster's craftmen who built Taj Mahal while sweating and bleeding, Sandeep Arora, who lives in the Taj Gangi "In return, it is cold, neglected, indifferent", said. When Arora, who runs the hotel, tries to repair the toilet in the room, he seems to have to send six letters to the government to obtain permission, but when politicians and government officials come to Taj Mahal Said Arora is dissatisfied with the fact that diesel cars will be used. In order to manage this situation, the court entrusted Mr. K Mohan Rao, a member of the city, to preserve the ruins of Taj Mahal and Agra. Mr. Rao said that he is working on disposing a large amount of garbage from a drain and home. There is also a proposal to modify the infrastructure of Agra as a whole to make smart city of Agra, but there is concern that the ruins of the city may be lost by such a method. Mr. Khandelwal, an environmentalist, asks for a plan to save the building around Taj Mahal and what was repaired by Britain in the latter half of the 19th century.

In addition, although ASI is proceeding with a program to restore Taj Mahal with Fuller's earth , there are also indications that using Fuller's earth weakens the building against damage from sandstorms. And more than anything, it is said that the preservation of Taj Mahal is essential for the resurgence of the Yumuna River and cooperation with the Taj Gangi. 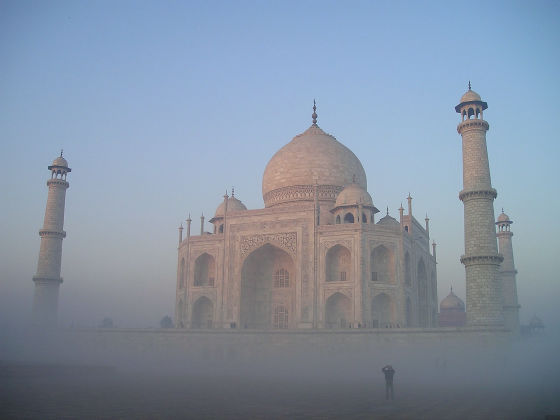 Mr. Mehta who has appealed conservation of Taj Mahal for many years saw "There is little hope" because the foundation of the building is very weak. "According to the order of the court, many institutions investigate the conservation of Taj Mahal and submit a report.The court also orders the order following the order.A regrettable authority is not serious, However, we will continue to fight from now on, "Mehta said.