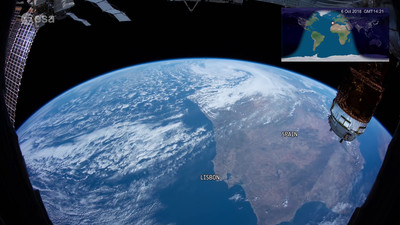 The International Space Station (ISS) is flying about 400 km above the ground at about 7.7 km per second, and it makes one round of the earth in approximately 90 minutes. In commemoration of the 20th anniversary of the 20th anniversary of November 20th, 2018, since the first component of ISS was launched from Russia, a movie shot by ISS from around the globe in time lapse was released It is.


In the upper right of the movie, it is displayed at which point the ISS is located. You can see through the window through Tunisia over northern Africa ... ... I will pass over the Mediterranean Sea. Peeping from the slit of the clouds is the Apennine peninsula in Italy. It gets much darker when passing through Iran from Turkey ...... It got darkened in an instant. Apparently it hurried into the area where night is approaching. 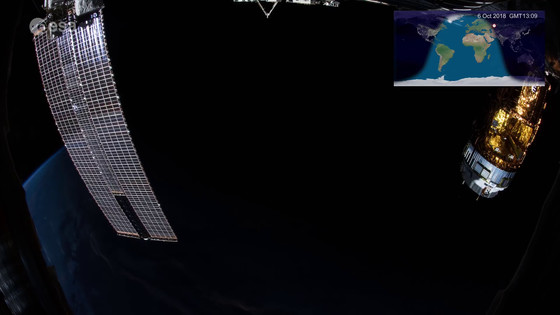 As I proceeded, light like the starry sky appeared on the black surface. In particular, Beijing is the capital of China, where a lot of light is concentrated. The light that is as bright as a star is the light of electricity that wraps around the city. It is the same for Korea and Japan that the light of the city looks bright. 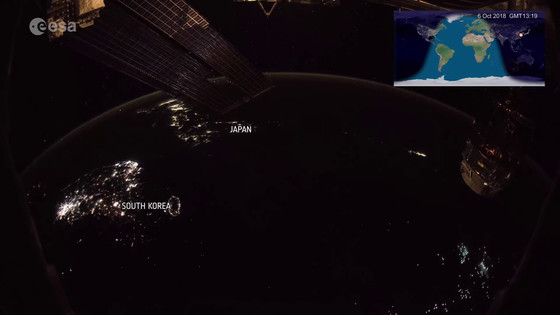 The light which floated completely in the Pacific Ocean belongs to Guam. 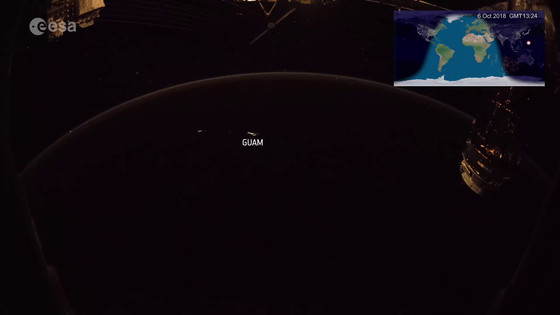 White light emerges on the Pacific Ocean, which occasionally should not have anything, whether it is the light of a fishing boat fishing at night. 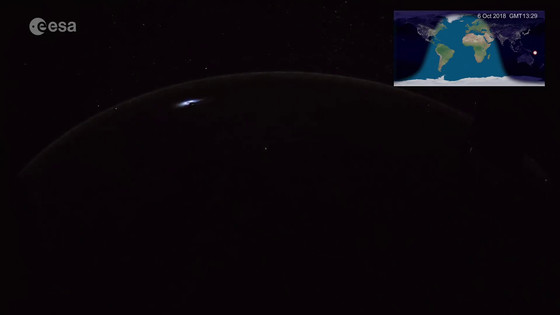 After passing over New Caledonia for a while ... ... 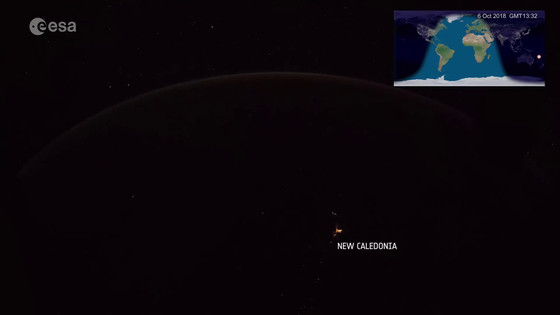 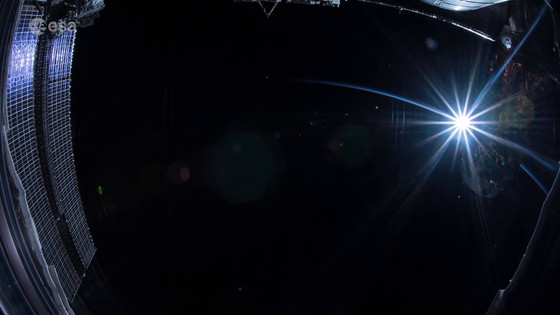 The sun has peered from the other side of the earth. It is a valuable moment that took pictures of the sunrise seen from outer space. You can see dust under the clouds. The South American continent is in the morning. Eventually the ISS is over France. The vast land of Europe is expanding. I will jump into the night again. Central Asia can see the light of the town. 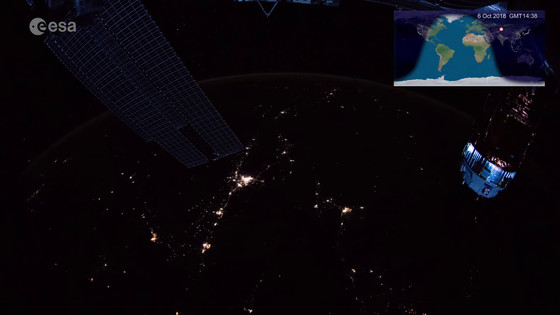 Hong Kong is the identity of the big city where lots of light gather. It is known worldwide as "a night view of one million dollars" but it is felt small from the universe. Proceed on the Pacific, passing over Australia. The lights of Brisbane and Sydney are shining in the dark. 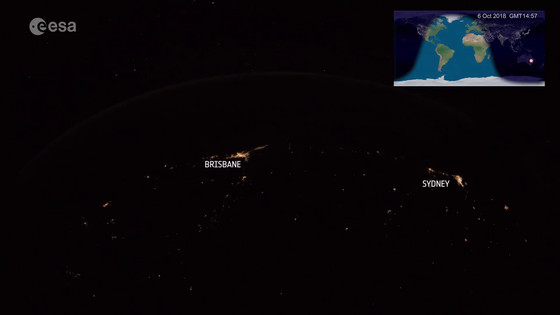 When I passed through New Zealand, an arc of light appeared along the horizon of the earth ...... 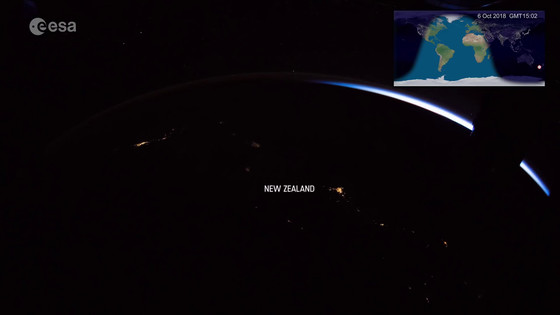 The sun that shone through my face again shined brightly.