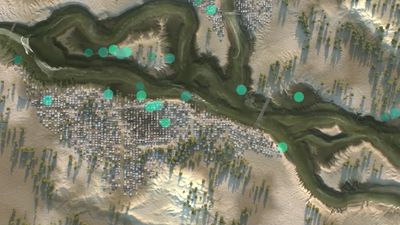 The floods flooded with water due to heavy rain and heavy rain are causing major damage all over the world like every year. Google thought that if we could forecast the occurrence of the disaster including the flood beforehand, we believe that we can reduce a lot of damage, Google said it is promoting the practical application of the system to predict flood using AI , A movie summarizing the efforts of Google's crisis response team is published on YouTube.

When Rivers Rise: How AI is helping predict floods


"When my father was there, all my friends went to play," said the boy's voice.

"But they were all swept away by the floods"

In the past 100 years, flooding has become the most common disaster on the earth, and the damage is enormous.

A man who suffered floods turned back to the point of regretting that "There was no warning when the river was flooded."

If I know that the flood will come earlier, the man is thinking that something could be done.

In some countries, an alarm system to predict disasters such as floods has been established, but in many countries there is no effective disaster warning system.

In particular, the number of flood deaths in India, where flooding frequently occurs, accounts for 20% of the world's flood deaths.

If the river floods, people are forced to evacuate by boat ......

Everything will be washed away.

The grandmother praying with his hands together.

When the river floods and raging, we are doing our efforts to help people.

"The most important thing in the event of a disaster is reliable information," said Sella Nevo, technical director of Google's flood prediction team. We would like Google to encourage efforts that many governments, the United Nations, NGOs have been advancing.

The flood prediction test program was decided to be conducted in India, where flood damage is intense. In India, the government measures the water level of the river throughout the country. Thousands of measuring staff measure the water level using long bars scaled every other hour ... ...

Based on this data it seems to be doing prediction of river flood and flood.

However, with this method it is impossible to predict which region or village will be damaged, accurate flood forecasting.

A man suffering floods said, "It was only a few hours before the flood occurred on the morning of the morning that the flood warning from the village arrived." "I wish I had known earlier," the man recalled back then.

Aditi Umrao, who works for the Disaster Management Bureau in Uttar Pradesh, India, says, "Reducing response time is extremely important in disaster management." Umrao says that if technology can be utilized, disaster information can be shared more quickly.

Marias thinks that important information is "where", "what" is happening, and "how to deal with it".

Google's flood prediction team worked with the Indian government to make it possible to predict the risk of flooding in real time. First of all, collect a lot of satellite pictures ......

Create a digital model of terrain.

I have simulated hundreds of thousands of river movements using this model.

Superimposing the water level measurement information that the government is working on the simulation ......

Nevo explaining the flood forecasting system, alert accuracy is over 90%. "

In addition, our team listened to the people who experienced the flood, and got to know what information is useful.

Mr. Matias says, "This is a chance to cooperate on a global scale, we can change the world better with technology."

Nevo said that the goal is to be able to issue alerts a few days before the flood happens and said he would like to make use of AI to make necessary alarms all over the world.

The Google Crisis Response Team will advance research on early warning systems using AI and would like to apply it to other natural disasters.