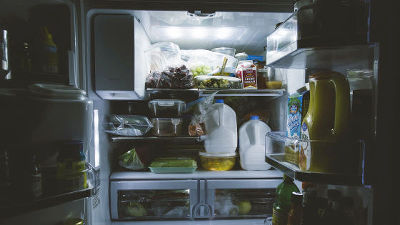 A report that an association was found between the late night meal and the increased risk of heart disease was announced at the Scientific Sessions 2018 of the American Heart Association, which is being held from November 10 to 12, 2018 .

Why Late-Night Eating May Hurt Your Heart
https://www.livescience.com/

In recent years, people have sent a night style lifestyle, and the number of people whose mealtime and sleep introduction time is late at night has increased. Doctor researcher Nour Makarem et al., A clinical doctor at the Columbia Medical School, have research teams such as Nour Makarem, "Is there late-night meal" as one of causes of obesity, hypertension and diabetes in recent years? It is said that he started investigating. Because this research utilized the database of the research " The Hispanic Community Health Study / Study of Latinos " announced in 2014, we used subjects of Hispanic and Latino of adults aged 18 to 76 in age of 11 2700 I will. In the database, information on two different days when the subject reported their eating habits was compared with blood pressure and blood glucose data.

As a result, it turned out that half of the subjects had ingested 30% of total calories a day after 18 o'clock in the evening. And these subjects compared to subjects less than 30% caloric intake time after the overall 18, the value of fasting glucose, insulin levels, the level of insulin resistance "HOMA-IR", and the blood pressure is high He said that.

The high fasting blood glucose level is said to be a sign of "pre-diabetes (borderline diabetes)" that many patients with type 2 diabetes experience before the onset of diabetes. In fact, even in this survey, subjects who had taken 30% of the calories as a whole after 18 o'clock showed a 19% higher tendency to become pre-diabetic than those who did not. Makarem states that the possibility of pre-diabetes becoming type 2 diabetes, a risk factor for heart disease, is 17%. Such subjects were also 23% more likely to become hypertensive, and they seem to have been more related in women, in particular. However, in this research, we focus on groups within specific Americans, not on causality but "correlation" only, and that peer review has not been done yet You should be careful.

Mr. Makarem believes that the biological clock is related to the relationship between meals late at night and diabetes / hypertension.

The suprachiasmatic nucleus present in the brain plays a role as a clock center, sets time of cells in the body based on light stimulation from the outside, teaches "timing to sleep" "timing to eat" I will give it. According to Mr. Makarem, the suprachiasmatic nucleus is controlled not only by external light but also by "behavior", especially "meal". Therefore, if you eat lots of late in the evening, such as eating lots of things, the body receives a wrong sign and problems may occur in metabolism or the risk of chronic diseases such as diabetes, hypertension, heart disease increases Mr. Makarem is watching.

Kristen Knutson of Northwestern University Feinberg Medical Institute who did not participate in the study said, "Eating lots at the end of the day has a negative effect on metabolism is consistent with previous studies" , Emphasizing the problem that if you eat at a time that is not optimal for circadian rhythm, problems will arise.