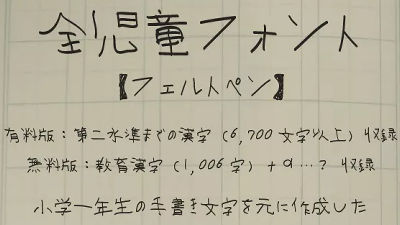 " Children's font (felt tip pen) " based on the handwritten characters actually written by the first grade elementary students has been released. There is also a free version, which includes not only alphanumeric characters, katakana, hiragana but also kanji, and commercial use is also possible. "Children's font (felt tip pen)" can be downloaded from the bottom of the above page. There was a paid version (1410 yen) and a free version, so download the free version. 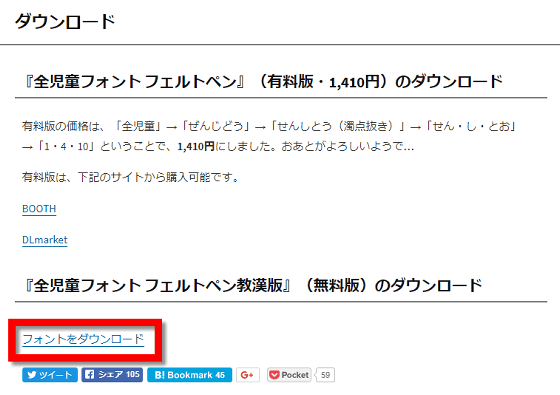 "Zenjido_PenLMT_1_00.zip" will be downloaded, so use Explzh etc to decompress. 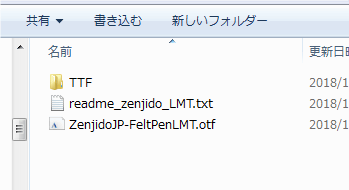 So I actually tried using all the child fonts. It corresponds to alphanumeric characters, hiragana, katakana, kanji, but when trying to write it with "killer" in kanji, the character of "play" was in a state filled with characters. 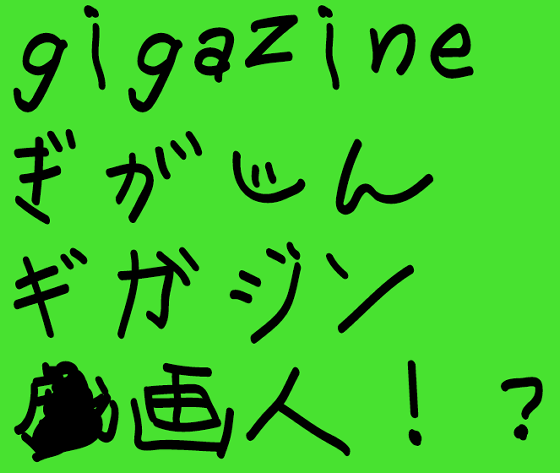 According to Tanuki Samurai of the author, all the child fonts have a paid version · free version, the free version is "Children painted in difficult kanji ... w ... black soft cream is added on top". So, when you write Osamu Dazai's " Running Melos " with all child fonts, various parts become fluffy feeling. 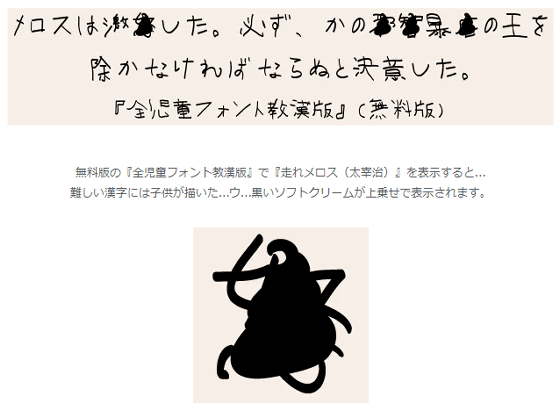 With a paid version, difficult kanji is displayed properly.

While the free edition contains approximately 1000 words of educational kanji learned at elementary school, the paid version contains about 6700 kanji.


The font being created right now. The base pass has been completed to the second level, but the way the font shape is shaped from here is unbearable and I can not imagine how long it will be completed. If possible, if it can be done in the entrance season ... ... Moususu Spring break ... Codomo ... Illy at home ... ('; ω; `) pic.twitter.com/IxpT92Kbxd


Font of character was the first year of elementary school at the time, due to the son of Mr. raccoon dog samurai, were asked to write in exchange for a promise that "you'll get a Wii U" thing with . And all the child fonts that were created over the next five years have a nice atmosphere but, depending on how they are used, they seem to be able to produce an unpleasant nuance. Both the paid version and the free version of the font can be used for individuals, commercials, websites, prints (including doujinshi), images, motion pictures, font embedded PDF. However, for font embedding in PC applications and books issued by publishers, terms and conditions differ between paid version and free version, so please check from here .