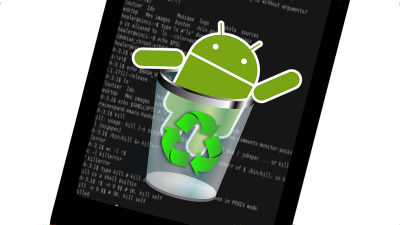 Although "Android" has established an overwhelming dominant position occupying 80% of the mobile terminal OS, Google himself secretly fades out the brand. 9to 5 Google's Stephen Hall thinks Google's intention to slowly kill Android.

In the keynote lecture of Google's hardware related event "Made by Google 2018" announced such as Google's new smartphone " Pixel 3 " and Chrome OS tablet " Pixel Slate ", the word "Android" can not be issued Mr. Hall pointed out that. Given that Android is the core of Google's mobile platform and is the operating system adopted by Pixel 3, the protagonist of the recital, it is abnormal that Google does not touch the word Android, Google's intention to exclude is transparent.

The fact that Google slowly erases the brand "Android" from the front stage appears in the application name. For example, the payment service "Android Pay" is changed to "Google Pay", "Android Message" is changed to just "Message", the wearable OS goes through "long blank" from "Android Wear" to " Wear OS " It was brand-name. Also, it is not surprising that "Android" can be used in the past As for the new messenger application for Android OS "Google Allo" "Google Duo" and Google brand attached, even Google dare to push the Android brand You can see that it is not. Google will not make a statement as to why he slowly erases the word "Android" from within the marketing message. For that reason, Mr. Hall thinks of several reasons after refusing his own expectations.

According to Mr. Hall, first of all there is a problem of the image of "Android" that the world firmly holds. "Android" as a mobile OS is synonymous with "smartphone" for ordinary people, its antonym is "iPhone" of course. When talking about smartphones, it is common for stories to progress on the confrontation axis with Android-iPhone. And, among them, Android is often used in contrast with the premium iPhone, so "low price" as well as "low quality" image has been established. Despite having a high-spec Android terminal comparable to iPhone XS, such as Pixel 3, Glaxy Note 9, Oppo Find X , Huawei P20 Pro, the image of "Android" is wiped out with the Android of the world It is not there.

Of course, the image that Google wants to obtain in the Pixel series that can not afford to lose to iPhone in performance is different from general Android aircraft. By nurturing the Pixel brand without being bound by the image "Android", Google hopes to revamp Android's image, and as a result, the Android brand slowly secretly fades out of the front stage That's why. 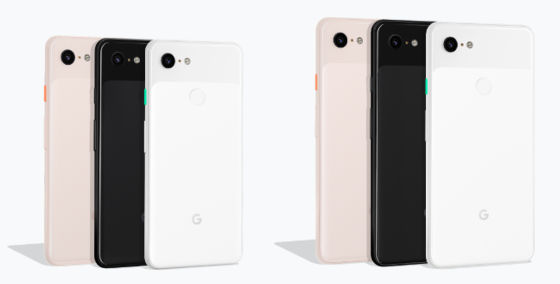 Another reason is pointed out that Google may dislike the inorganic "sound" that makes a robot and AI "Android" image. Google is looking forward to the spread of IoT terminals such as smart home appliances in the future, but smart home appliances are expected to be "friendly" and "homely" images, and that the opposite side of Android is sick . Hall points out that this is the reason why Google slowly starts shifting from Android.

Nevertheless, Google has been calling "Android" countlessly in " Google I / O 2018 ", so the Android brand is not dead. At least Google does not seem to plan to rename the mobile OS immediately. However, as Chrome OS in Pixel Slate and the test of the rumored new OS " Fuchsia " in Google Home Hub also confirmed the test, Android's leading role seems not to be necessarily stable.