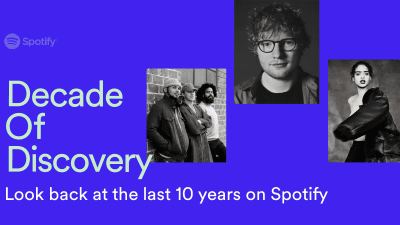 Spotify, celebrating its 10th anniversary in October 2018, announced the top 10 songs and artists most rebuilt in the past decade.

Celebrating a Decade of Discovery on Spotify - Spotify
https://newsroom.spotify.com/2018-10-10/celebrating-a-decade-of-discovery-on-spotify/

Spotify's annotated infographic shows the songs played the most by the year in the past 10 years and the top ten songs and top ten artists for the decade. 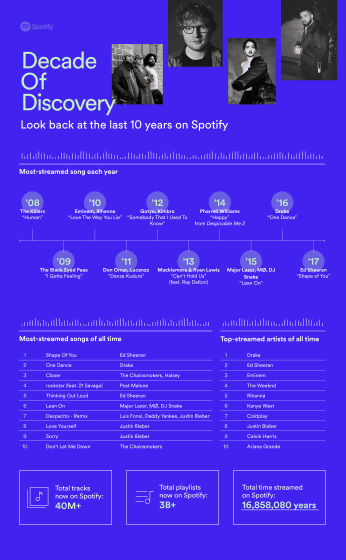 ◆ Songs played most frequently each year 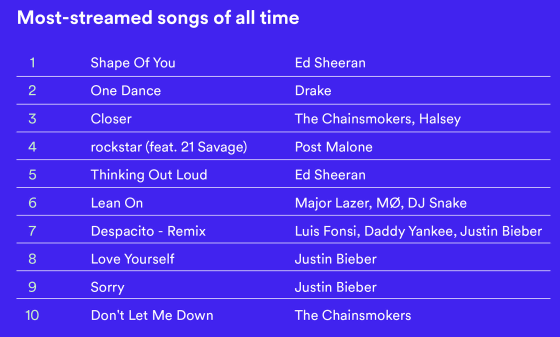 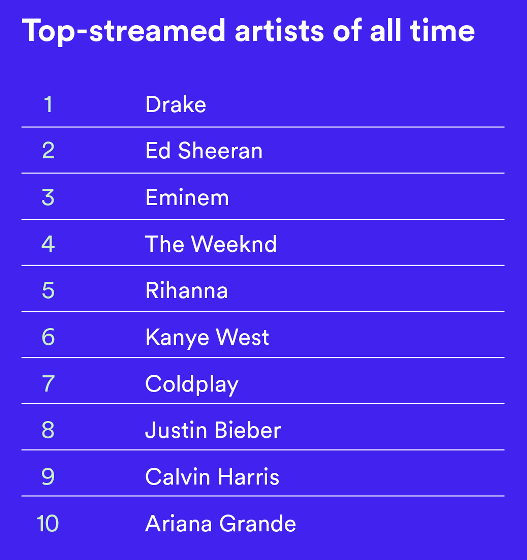 As of August 31, 2018 Spotify can listen to more than 40 million songs, the created playlists are over 3 billion, and the total playback time of songs played on Spotify is actually 16.85 million 8080 It is equivalent to minutes.

Part of the song that entered the ranking can be watched with the following playlist.


Also, although it is not included in infographic graphics, Spotify also announces the following rankings.