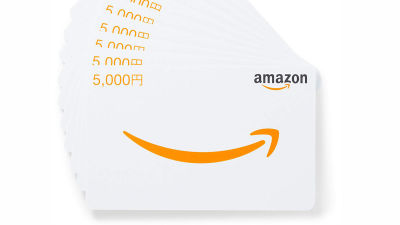 Amazon, which announced the revision of the wage system to raise the minimum wage of employees working in the US to $ 15 / hour (about 1700 yen), some workers said that "real income decreases with the new plan "It was criticized as. In response to criticism, Amazon is devoting her full effort to introducing a new plan, such as presenting further additional bonus.

Amazon has announced a new wage system that boosts the minimum wage to $ 15 (about 1700 yen), criticizing that approximately 350,000 American hourly employees working on hourly wages pay too low. On the surface it seems to be treated up by all Amazon employees being able to receive a wage above the statutory minimum wage in the U.S. However, in exchange for raising the minimum wage bonus or bonus As the stock option system was abolished, some employees cited rebound voices saying "actual situation is wage cut". In addition to the eligible bonus for all of the above workers, for employees who have already earned more than $ 15 (about 1700 yen) per hourly wage and whose employment is said to be reduced with the new wage system this time A raise plan for 1 dollar (about 110 yen) was presented on a hourly basis, but it seems that the salary increase was increased to 1.25 dollars (about 140 yen).

According to employees who want anonymity, "There is confusion among Amazon employees about the new wage system." There seems to be persistent voice among worried employees that income may be reduced by the new system. In addition, Amazon plans to introduce a new wage system from November 1, 2018, and employees are given information on more detailed change in pay system.

Amazon says that the income earned by employees through the new wage system will be "predictable and instantaneous." In other words, the increase in revenues from stock options traditionally received by Amazon employees was supported by an abnormal rise in Amazon shares which became six times in the past five years, it is hard to predict future income, Also has no guarantee that we can earn revenue as usual, Amazon believes that new wages that are committed to income for employees have more merits.

· Bonus : It is estimated that the asset of Amazon's Jeff Bezos who became the world's richest man is about 150 billion dollars (about 17 trillion yen). 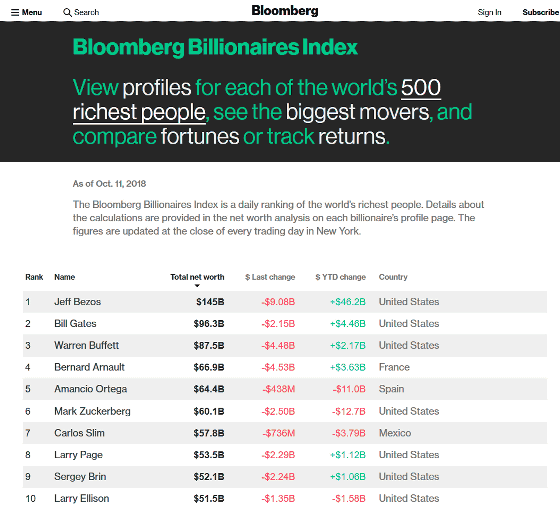 For that reason, "Amazon employees who work with a minimum wage of $ 15 to get assets of Bezos CEOs must be working 10 billion hours."