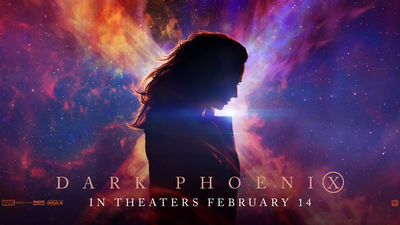 A trailer of the latest work " Dark Phonenix (Dark Phoenix) " of the movie "X-MEN" series has been released. This is a work that spotlighted on "Phoenix" Jean Gray, which has the ability of telekinesis and telepathy, in the stage 10 years after " X-MEN: Apocalypse " published in 2016.


It is familiar in the series, "Professor X" I met Charles of a young at "The privileged child's school" made by Charles Exevia ... ...

Jean was driving with his parents.

The ability, telekinesis (philatelic power) is activated, the tuning of the radio changes arbitrarily.

And the car that the family got in frontal collision with the car coming from the opposite lane.

This is the present Jean.

Charles talks that he is going to protect Jean, but that guy himself went to see Charles' nemesis "Magneto" Eric Laneshher.

"She has changed," Charles

Jean seems to be following a police car destroyed with ability

In addition, helicopters also shot down.

The figure of Jean suffering is drawn.

Charles and Eric are likely to be on the road of confrontation again.

"Dark Phoenix" will be drawn as a struggle of X-MEN, centering on Jean, is published on February 14, 2019 in the United States. Even in Japan, it should be released like the previous series, but the timing is unpublished at the moment. Since it is said that the title will be "X - MEN: Dark Phonenix" in some countries, it may be titled "X - MEN: Dark Phoenix" in Japanese as easy to understand.