Osaka king, who celebrates its 50th anniversary in 2019, offers "the Osaka kingdom made Nissin - yaki soba UFO realistically " as the first plan of the 50th anniversary from September 28, 2018 (Fri) doing. I actually went to eat because I was concerned about what the meaning of "making cup fried noodles" cup, including its taste.

I came to Osaka Kingdom. Inside the store, a poster appealing "real UFO" was stuck. I ordered it in about 10 minutes, a bowl containing a huge UFO lid and a source of UFO. Anyway the impact of the bowl is terrible, I can understand the size of iPhone X long side 143.6 mm side by side. The paper lid on the bowl follows the design design of the authentic "Nissin-yaki soba UFO". The sauce does not change from what is in the cup fried noodles. 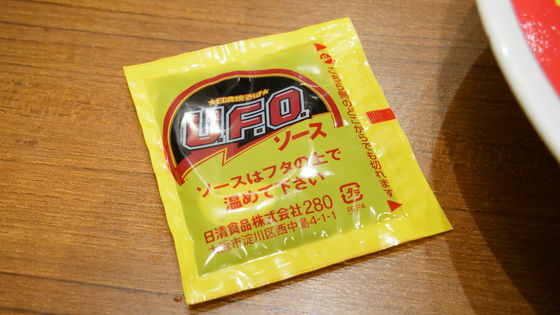 When opening the lid, inside the bowl, pork, cabbage, red ginger and blue sky together with raw noodle fried noodles was contained. 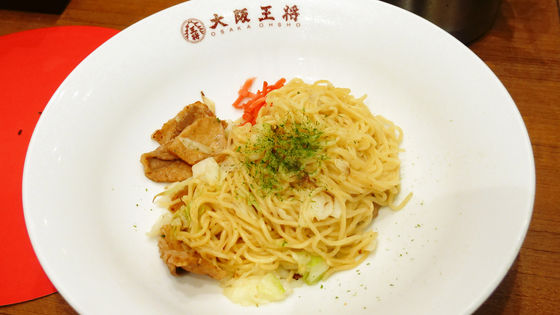 Just mix the sauce into the noodles as if when making real "Nissin - yaki soba UFO". Rather than fry while stirring the sauce, the point where the sauce is tangled with the finished noodle afterwards is not a simple yakisoba but a point that is "a real cup fried noodles". If you mix the noodles firmly, it surely looks like yakisoba. "Nissinomiyaki soba UFO" The fragrance of a unique fruity sauce tickles the nose. First of all it is a bite without being tolerable. "Trying to make it real", unlike dry noodles in cup noodles, noodles are extremely crispy texture and have elasticity. Sometimes I use the same source, the sweet and spicy flavor is "Nissin - yaki soba UFO" itself. 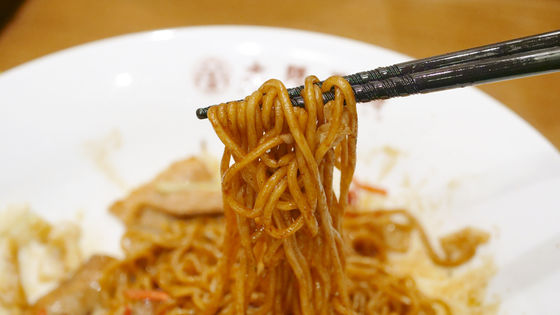 In addition, pork and cabbage are not cooked instantly, but cooked raw ingredients. If well-fried pork is chewed with a large size, the umami and fat of swine will soak and the cabbage shakyaki counterpart will not accumulate. "Osaka kingdom tried to make Nissin-yaki soba UFO real!" Was a yakisoba with more powerful noodles and ingredients than the instant "Nissin-yaki soba UFO". 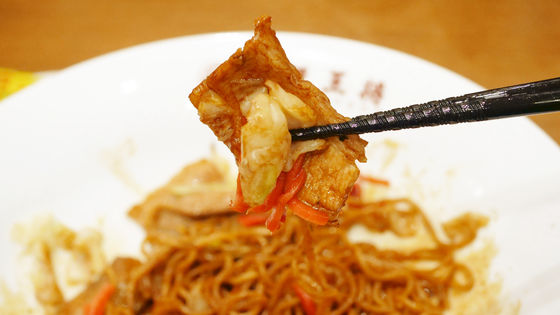 In addition, you can draw lottery if you order "Osaka kingdom made real Nissin Yaki soba UFO!" When the editorial staff who tasted tried it, I was able to draw a hit. 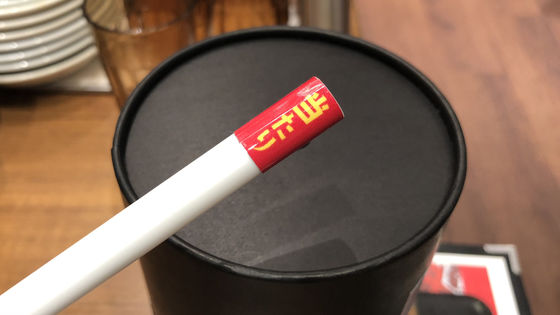 When winning with lottery, you can get the real product "Nissin Yaki soba UFO" new product. "Osaka kingdom tried to make Nissin-yaki soba UFO realistically!" Is 640 yen including tax, it is offered from September 28, 2018 at the store operated by Osaka king. It is only limited to 60,000 meals, as it ends as soon as it is gone, so it is good for those who are interested to go out early.