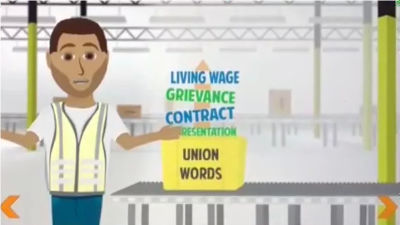 It was reported on September 6, 2018 (Thursday, 2018) that some of the workers at Amazon's Wholesale Supermarket " Whole Foods Market " that Amazon purchased in 2017 rebounded against Amazon 's way of making unions. Three weeks later, a 45 minute training movie about "anti-trade union" Amazon sent to Whole Foods team leaders was leaked. Amazon purchased "Whole Foods Market" of the luxury supermarket in 1.7 trillion yen in 2017. After acquisition, popular products of Whole Foods began to be discounted according to the declaration of CEO Jeff Bessos, the customer foot of newborn Whole Foods increased by 25% compared to before purchase. Amazon can use the real store of Whole Foods as a "distribution nodes" you keep the goods, since it will provide you with lots of business opportunities by new business, and it was a record of purchase price, was the investment commensurate with the amount of money Mirare It is .

However, it was reported that on September 6, 2018 (Thursday), some workers at Whole Foods Market are trying to make unions as concerned about the direction of newborn Whole Foods. A letter addressed to employees of the Whole Foods by the workers' group said, "The fact that dismissal and arrangement of stores in the Whole Foods Market over the past year threatened the lives of the team members and made them uneasy Starting with the word "New Whole Foods 'action, I mentioned that the workers' morale was dropped. Also mentioned are the minimum wage of 15 dollars (about 1700 yen) for all employees, the corporate pension system, paid, childcare leave, request to reduce health insurance deduction.

And following the above coverage, Gizmodo reported that Amazon sent a movie directed to Whole Foods' team leader.

The movie obtained by Gizmodo is divided into six sections, and the talker in the movie says the movie is aiming "to give the necessary tools to organize workers well". And, an animated character working at the fulfillment center said "We are not anti-union, but it is not neutral", too. The meaning of "not neutral" means that Amazon is "the biggest concern of customers, shareholders, and stakeholders" "Amazon's business model is" speed "" revolution "" customer first "They are usually unrelated to the union." "If you lose view to the most important point, safety of yourself, colleagues, and all people's jobs will be threatened" I explain with words.

This is a screenshot of the movie. Gizmodo keeps the movie itself private, in order to preserve the anonymity of the source. 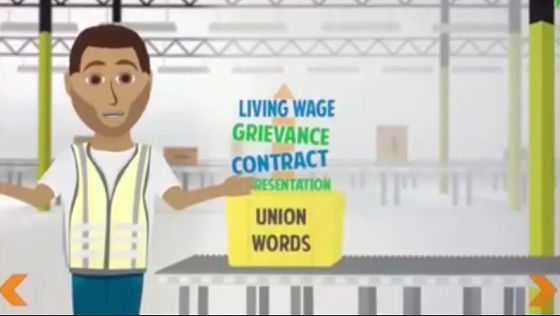 Also, in the movie, the team leader is said to be referring to the "warning sign" when people are away from work or when the union is about to be made. Among them, the team leader was asked to choose whether the remark of a fictitious employee is "warning sign" or "innocent exchange", according to which "wandering around the break room after shifting work, "Act as saying" to complain if there is not enough wage "is classified as" warning sign ". 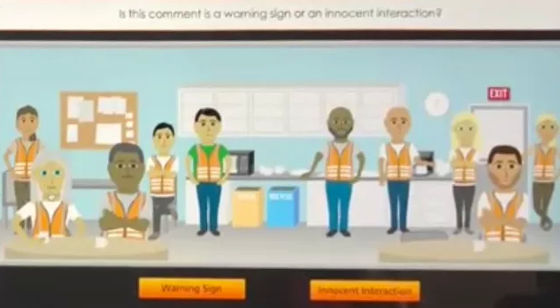 "Although your colleague participates in the union, your workplace will not be threatened", but "How having a union hurts the idea of ​​a revolution or 'customer first', and finally We need to talk about whether to threaten the survival of the workplace, "Amazon explains.

In addition, in response to Gizmodo's interview, Amazon commented as follows.

"Employees can work better, hundreds of managers have open and direct conversations with colleagues, trying to create a distribution route that can revolutionize on behalf of customers in a caring and open environment We are embarrassed that Gizmodo is concerned about the company's wishes.The reporter apparently extracts only his favorable part from the movie and this means that our employees are career How do you make opportunities for you? "In the US, wages when working full time at the Fulfill Center include cash, stocks, incentive bonuses, including a cash, stock, and incentive bonus, hourly wage of $ 15 without overtime work In addition to that, through the career choice program, health insurance, ophthalmic insurance, dental insurance, retirement, child care leave, technology training Such as it is possible to obtain the benefits, the program has participated in 16,000 people. We, someone we recommend that you come to see in one of our fulfillment center. "