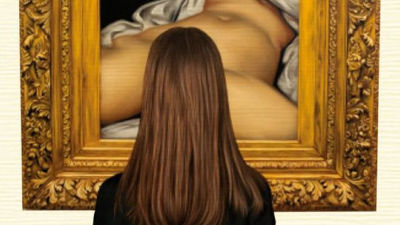 At the time of its presentation, the painting '

The Origin of the World ', which realistically depicted the female genitals and abdomen of the model woman, had a great impact on the world. Who is the woman depicted in this 'world origin'? That has been a mystery for 150 years, but a powerful theory has revealed a long-lasting mystery.

The French artist Gustave Courbet is known for leaving a masterpiece of sensual nudes. Among them, ' the origin of the world ' announced in 1866 drew a close-up of the abdomen and genitals of a naked woman with legs open in bed, which shocked the world. At that time, idealized nude was sought, Courbet and criticized the hypocritical climate of the French Second Empire by denying it has been said . 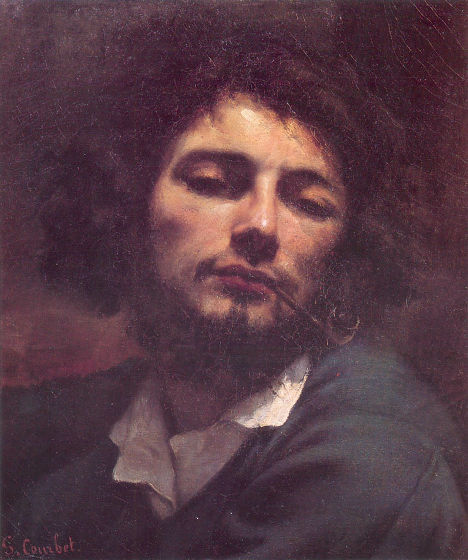 'The Origin of the World' was announced in 1866 After being exhibited in France in 1991, 'the origin of the world', which has not appeared in public places, has had the mystery 'Who is one model?' For 150 years since it was announced. It was also thought that a person named Joanna Hiffernan who was an Irish model and a mistress of Courbet was considered as a model, but on the other hand the color of the red hair of Hiffernan and the negative hair drawn on the picture did not match, it was pointed out that .

Under such circumstances, the theory that it is a dancer called 'Constance Queniaux' has emerged. The theory was noticed by a French historian Claude Schopp in a letter exchanged by the son of

Alexander Dumas Pale, the creator of the Three Musketeers , and dancer George Sand.

Queniaux was a retired dancer from the Paris Opera at the age of 34 in 1859, and a male mistress who is a diplomat of Turkey and Egypt. The person in the picture below is Constance Queniaux. The mistress, a diplomat, asks Courbet to draw “the origin of the world”, and after completion hides the picture behind the green curtain in the restroom and shows the picture to the guests of the dinner party and those who have visited the house It was said that

In the copy of the letter, in addition to the name 'Constance Queniaux' being spelled incorrectly as 'Queniault', the sentence '' is not a depiction of the subtle and noble interior of 'Quiiault' 'is' Queniault's Schopp didn't understand the meaning of the text at first, as it was written that it was not meant to be a delicate, upscale interview. But after that, when I realized that 'interview' was a copy mistake of 'interior' as the original of the letter, I understood that the letter described 'the origin of the world'.

When Schopp told art historian Sylvie Aubenas about the discovery, Aubenas acknowledged that Schopp's argument was correct. 'The letter at that time gave me 99% confidence that the Courbet model is the Constance Queniaux,' Aubenas says.

After that, Queniaux became enthusiastic about charity, losing its identity as a model as it gained respect from others. Then, when Queniaux was gone in 1908, it was said that the painting of the red and white rose and spring flower bouquets drawn by Courbet was inherited to relatives.

In Alexander Dumas Fiss 's “Tsubaki”, which writes about the love of high-class prostitutes and young men, samurai is depicted as a symbol of high-class prostitutes. The paintings that Queniaux left behind are believed to have been sent by Courbet to Quéniaux, a diplomat and his lover, and this also boosted the credibility of the theory that the model of the world's origin is Queniaux. It is said that