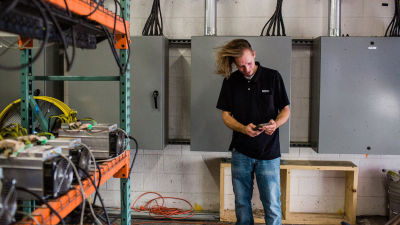 In virtual currencies such as Bitcoin (bit coin), mining is done as a "business" with a large scale. The most important thing for the minor to make a profit by mining is to suppress the power cost of mining. For this reason, minor people wander around the world seeking cheap regions of electricity, such as China and Iceland, but some developed towns in the United States also have "settlements" suitable for mining, and a conspicuous minor It seems to be advancing.

In the northern part of New York State, the steel industry, the aluminum smelting and the aircraft industry flourished in the old days, but now all the industries have moved out of the region with the rise in the regional wages, it is now the largest unemployment rate in New York state It is a sad place.

However, in around this livelihood area, the virtual currency minor centering on Coinmint has begun to advance from around 2016. Coinmint gazed at the machine because the electricity charge is overwhelmingly cheap. In Masina, near the Canadian border, the electricity price has become one of the cheapest in the United States due to the hydroelectric power using the dam of the St. Lawrence River, so the history that the aluminum smelting industry, which uses a large amount of electricity, once prospered Yes. 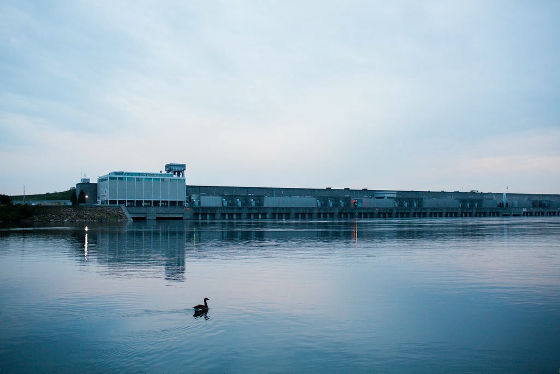 Coinmint's Prior · Really, who took notice of the aluminum industry's lost "eyebrows" decided to set up a mining base near Machinas in the rise of unprecedented bit coin market price, and called Plattsburgh He said he was looking for a city. By the time the bit coin has not yet been recognized by the public in general, mining machines that double the electricity of the typical refrigerator twice are carried one after another to the site of the factory and mining has started. When the bit coin market continues to grow, Mr. Really has expanded the business scale by purchasing space which was once a warehouse for circulation of manga books, mining plants now consume 13 megawatts of electricity. It is comparable to the household electricity demand of 10,000 houses, it seems that it was comparable to one tenth of the total electricity of Plattsburgh. It is speculated that Coinmint already has profit of more than 50 million dollars (about 5.5 billion yen) due to the rise in the bit coin price. Regarding the situation where some mining companies raise profits by consuming a lot of electricity, the other resident and companies are paying the cost of raising the electricity price strongly, and Collin of Plattsburgh · Lead mayor in 2018 3 suspended the business against Coinmint in January. Although Reed mayor acknowledges that the virtual currency is a very promising business, I believe that citizens who do not yet know the value of the virtual currency should not suffer unilateral loss. 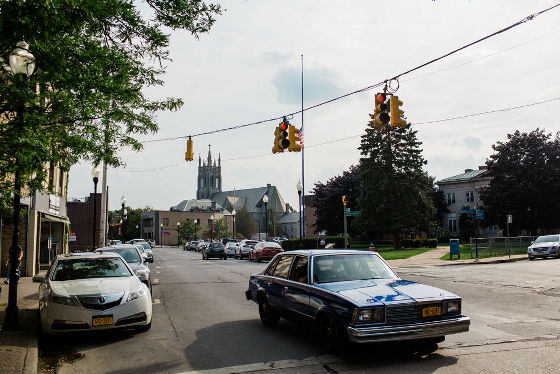 Coinmint temporarily stopped operation in Pittsburgh, but negotiated with the New York Electricity Authority in early 2018 and agreed to sign a 15 MW auxiliary power supply contract. It is in compliance with an inexpensive electricity supply contract signed to the aluminum factory and General Motors factory which was once in the machiner. However, in the contract, the condition "to employ 150 people in Masina" is attached.

The question of whether the digital money industry that can be used for anonymous online transactions is "whether it is really appropriate to consume electricity for mining in the first place" is also rising. However, Masina seems to be "not sure about the mechanism of the virtual currency, but welcoming" that there are not a few residents. The maximum employer is a prison and casino in the Machiner, a new virtual currency mining industry that produces invisible things called digital money by emitting a large amount of electricity to emit carbon dioxide, even though it is a mining industry that produces a lot of employment There seems to be some voices of expectation as a savior to revive.