What are the various problems faced by crypto asset mining companies? 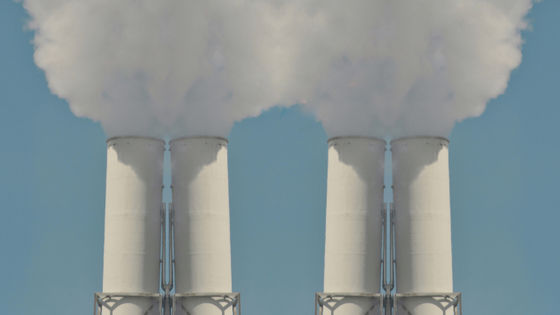 Cryptocurrency assets such as Bitcoin require a huge amount of calculation to process transactions. Instead of providing surplus computer resources for processing, it is 'mining' that newly issued crypto assets can be obtained as a reward, but companies that perform such mining on a large scale have various problems. Is known.

In 2017, North American mining company Core Scientific was preparing for the opening of its first mining facility. CEO Darling Feinstein examined more than 500 lands, but said that the most important thing was 'cheap electricity prices'. In the countryside, where electricity prices are cheap, Finestein found that North Carolina was abandoned after investigating ideally expandable land with large empty buildings with ventilation openings for cooling and space to store computers. I noticed the factory.

It is said that Levi 's clothing was originally made at this factory, which had been left unattended for more than 20 years since it was closed in 1999. Located on 70 acres of land, the factory's number one uri was, above all, the proximity of a hydroelectric power plant. Feinstein bought the factory, filled it with computers and started mining, and has grown to become one of the largest mining companies in North America.

Many mining companies are looking for 'unused factories,' 'cheap land,' and 'reusable industrial infrastructure,' like Core Scientific. 'Factory with lots of electrical infrastructure and designed to remove heat is very popular,' said Mike Collier, CEO of mining company Foundry. In 2018, many mining companies entered East Wenatchee, Washington, where apples are famous, as electricity prices are low thanks to five hydroelectric power plants and there are old machine shops. East Wenatchee is growing as a boomtown.

How did the famous apple producing area, which is rich in nature, transform into the city of 'Bitcoin Mine'? --GIGAZINE However, the entry of mining companies often causes the opposition of local residents. In some areas, problems such as bankruptcy, lawsuits, and bribery have occurred, including friction between miners and local residents, and there are concerns about the environmental impact of mining, which consumes a large amount of electricity. I will. More than 200 people, led by a local radio station, gathered at the regional headquarters of the New York State Department of Environmental Conservation to protest the Greenwich power plant in Massena, New York, which was acquired for mining in June 2021. In fact, in Massena, the hot water generated by the Greenwich power plant turned the water in nearby Lake Seneca into hot water. Despite the concerns raised by environmental groups and others, the expansion of mining factories is endless. The government is also poised to attract mining companies, Kentucky has passed a bill to exempt mining plants in the state from electricity charges, and North Dakota and Wyoming will provide surplus gas to mining plants. We have passed a bill to reduce taxes on oil companies.

Cryptocurrency mining is certainly booming, but it still has a number of problems, including environmental impacts, safety concerns about the use of old factories, and understanding of the inhabitants around the factories. ..