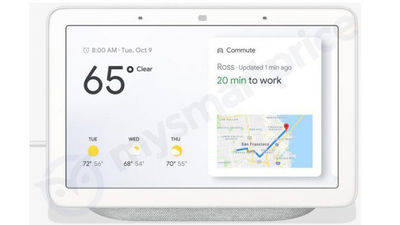 The image of " Google Home Hub ", a new type of smart speaker "Google Home" equipped with Google's personal assistant function "Google Assistant", is leaked by overseas media mysmartprice . As far as the leaked image is concerned, Google Home Hub seems to be a screen-mounted smart speaker as it was being rumored for a while. 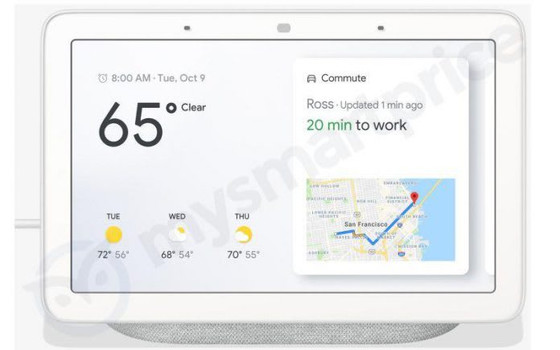 It seems that the base part on the back is becoming a speaker. 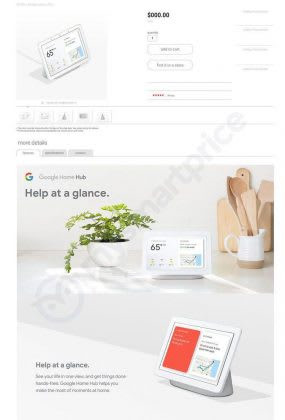 Also, Google Home Hub seems to be equipped with sensors to sense ambient light and color, but there is no web camera installed. Therefore, it seems that you can not expect TV conversation function using Google Home Hub.

According to mysmartprice, although it is still unknown about the price and date of sale of Google Home Hub, it is speculated that some announcement will be made at Pixel 3 announcement event to be held on October 9th.