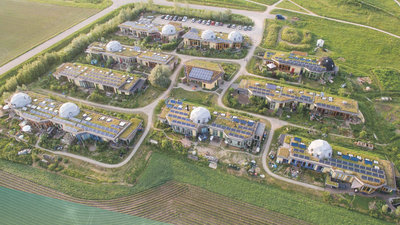 "Electric power" used in everyday life is intensively created at a power plant built away from the place of life based on various resources such as thermal power, hydraulic power, nuclear power and wind power, It is supplied via via. On the other hand, "micro grid (small scale power generation network)" covers power demand by making small power generation facilities near the place of living. If you build this "micro grid" well, you can even supply most of the local electricity demand with self-sufficiency. Metabolic How SIDE systems can unlock an energy revolution
https://www.metabolic.nl/how-side-systems-can-unlock-an-energy-revolution/

This report shows how a system called "SIDE system" can contribute to the transition to renewable energy by Mr. Florin de Graaf , venture company tackling the issue of "sustainability" - Metabolic It examined.

"SIDE" is an acronym for "Smart Integrated Decentralized Energy" (Smart Integrated Distributed Energy), the definitions of which are as follows.
· Smart : to be intellectually managed by the regional energy control system · Integrated : to maximize the synergistic effect of each constituent · decentralized : the system operates at the local level and a clear system boundary exists · Energy : Thermal and electric power system supplied by sustainable technology

In the report, patterns of multiple SIDE system implementation simulations are shown for each of the four regions.

For example, for "Aardehuizen" in the eastern part of the Netherlands, three scenarios are shown. Aardehuizen is a district consisting of 23 houses, and all the houses here are completed in 2015 at the off-grid housing " Earth ship " advocated by architect Michael Reynolds, which does not rely on the power company's grid. Did.

The scenario is "1: Encounter of low-tech and high-tech", "2: smarter grid" and "3: fundamental redesign". In the figure showing the movement of energy within the area, the left side shows the supplier and the right side shows the supply destination. It is not completely self-sufficient, it has received 73.2 megawatts of electricity from the grid, and within the area it generates 76.4 megawatt hours with solar power. Of these, 82.4 MWh will be the minimum base load that will be kept, while 41.7 MW will be sold for sale at the same time. 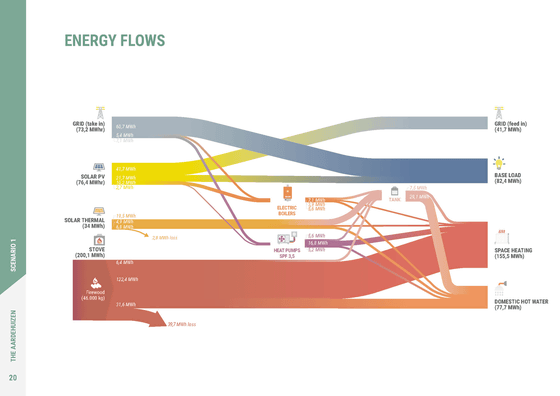 The required electricity amount is 107.9 MW, the amount of electricity to be produced is 76.4 MWh. The self-sufficiency rate is 32.2%.

In scenario 2, changes such as installing a smart meter and carrying out more proactive monitoring are added. 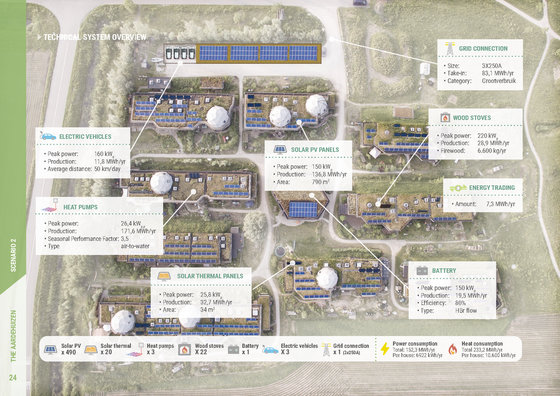 The flow of energy also changes. By increasing the number of solar panels, production by solar power generation increased at 136.8 MW. According to this, a battery that stores 19.5 megawatt hours was also installed. 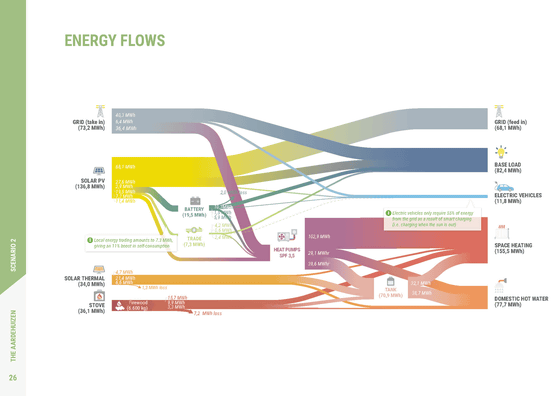 In case of scenario 2, initial investment becomes considerably large, so even if there is a subsequent energy conservation effect, recovery of investment is expected to take about 16.5 years. The flow of energy in this scenario 3 is almost a cogeneration system center. 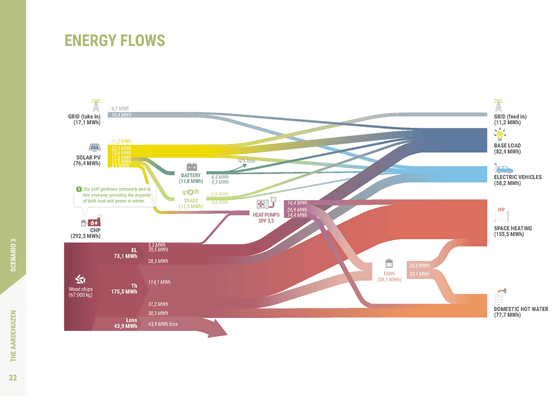 Investment recovery is expected to be only 8.5 years.

The power self-sufficiency rate is actually as high as 89.3%.

Under the Paris agreement, the Dutch government promised to reduce carbon dioxide emissions by 80% - 95% by 2050, and considerable effort is required to realize it, but the energy self-sufficient micro By appropriately introducing the grid, it is expected that it will be possible to reduce expenditure on infrastructure maintenance.