Woman depicted in Mona Lisa may have had thyroid disease 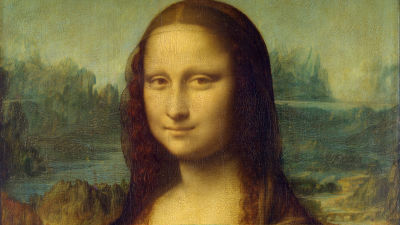 The woman with a mysterious smile in '

Mona Lisa ' drawn by Leonardo da Vinci is said to be Lisa del Giocondo, a woman of the old family Geraldini. According to a doctor's announcement at Mayo Clinic Proceedings , the mysterious atmosphere of Mona Lisa may be due to hypothyroidism .

The'Mona Lisa' Allure: Could It Be the Result of Thyroid Disease?
https://www.livescience.com/63526-mona-lisa-thyroid-disease.html

Da Vinci started drawing Mona Lisa around 1503 when Francesco del Giocondo of the Geraldini family asked him to draw a picture of his wife. However, in history, Liza was believed to have lived to the age of 63, and it was unlikely that patients with familial hypercholesterolemia would have lived to old age with the limited treatment available at the time, so the author of the paper wrote. One cardiologist, Mandeep Mehra, and coauthor Hilary Campbell considered another possibility.

fat content. Symptoms such as blood pressure appear. Also, the skin may become yellow, and goiter and thyroid enlargement may be seen. The woman depicted by Mona Lisa has yellowish skin, her hair recedes and thins her hair, her eyebrows disappear, and her throat is enlarged. These symptoms are consistent with those of hypothyroidism. Also, Liza has finished giving birth a few months before painting begins, but birth can cause hypothyroidism. Researchers believe that a thin smile, rather than a full smile, may also be due to weakness in muscles and poor athletic performance.

Of course, we can't know if Liza was actually hypothyroid. The yellowing of the skin may also be due to the deterioration of the picture. Da Vinci is said to have created the experimental painting technique ' Sukhmart ', and the smile is also said to be the result of the shadow created by Sukhmart. 'Our theory is one of many valid explanations, and we must admit that each theory has individual and collective biases,' the researchers said.