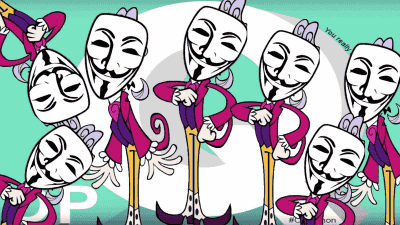 The conspiracy theorist "Q" who plays Donald Trump as president in the United States as "a savior aiming to release from the shadow ruler" has begun to have a great influence. We are declaring war on war against the Q who is getting strong support from card games supporters as well that the hacker group "Anonymous" can no longer be overlooked.

Anonymous Challenges QAnon And The LARP Falls To Shambles
https://www.activistpost.com/2018/08/anonymous-challenges-qanon-and-the-larp-falls-to-shambles.html

In the US, anonymous users who claim to be "Q" advocate conspiracy theory. Although there are many types of conspiracy theories, the main point is that "America (including the world including)" is dominated by the elite strata called Deep State (dark state) "and" save it There are two theories that President Donald Trumph is.

Anonymous information by Q is summarized in the following page. 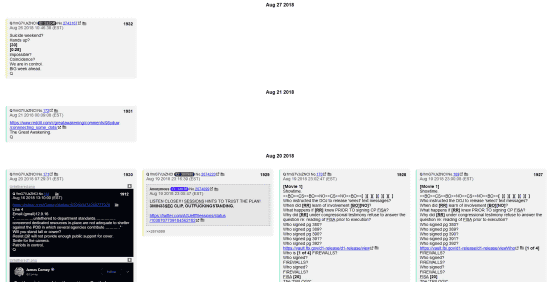 Also, Q's assertion can be understood in a single shot by watching the following movie. The movie is Japanese subtitled.

Q - The Plan To Save The World (Subtitles) - YouTube


"The Deep State is manipulating all the business centers including the President and the economic circles such as finance, John F. Kennedy was assassinated in an effort to confront this" "Bush and Obama are also puppets, Was the president of the president, Deep State initiated a simultaneous attack using the child's media "is Q's assertion, but it is a major feature that it does not clarify any evidence supporting it.

However, in recent years, there are an increasing number of people who advocate QAnon (Q Anon) among supporters of President Trump in the United States. QAnon is a coined word of "Q" + "Anonymous", a term that stands for people who support "Q" advocating conspiracy theory. Q claims that "President Trump is a patriot who confronts the Deep State", and some of the supporters of trumps are saying that some people support Q's assertion.

Players who play trampling "We Are Q" in Pennsylvania QUnon said, "Moller special prosecutor actually sold one play with President Trump, who was a secretly government official child I believe in the original theory that I am investigating the prostitution problem ", and it seems that the support for President Trump has become more solid.

There are many experts who are concerned about the current situation that QAnon is increasing in the United States, but the more I criticize it as absurd, the more QAnon becomes hardened and strengthening the unity "not being deceived by the elite layer that takes the world out with shadows" There seems to be a composition. Meanwhile, "Anonymous" in which many hackers organized by hand on the Internet revealed on Twitter that it will not allow the behavior of Q any more.


Please note that Anonymous's past activities can be confirmed in the following articles. 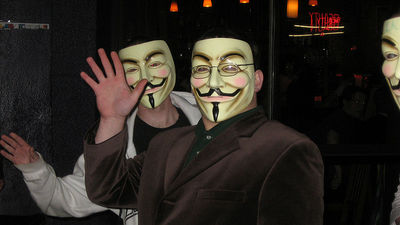 Anonymous hacker group executed DDoS attack "Icarus operation" and found that the banks in the world are down, revealing future target list - GIGAZINE 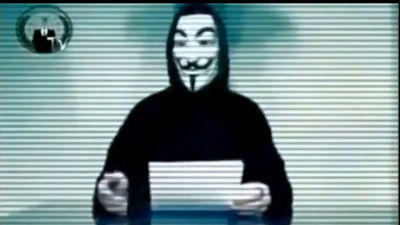 
According to Anonymous, "Q is deploring someone without ability to think with a critical eye."


Q started as a troll on / b / but it's brainwashed "OMG they are deep state / CIA George Soros reptilians" is their main attack on us, without any proof. people with no critical thinking skills. https://t.co/5WzagrWw 30


Anonymous started to investigate to find out the identity of Q to quiet Q first. Who started the activity as Q, and still searching for someone who is doing Q activities is searching for a grand criminal on the Internet as well as a way to quiet Q. By the way, according to QAnon 's argument, "The fact that John F. Kennedy Jr., the eldest son of Kennedy, who died of an airplane accident, is alive, that person is Q" is believed to be strongly believed .